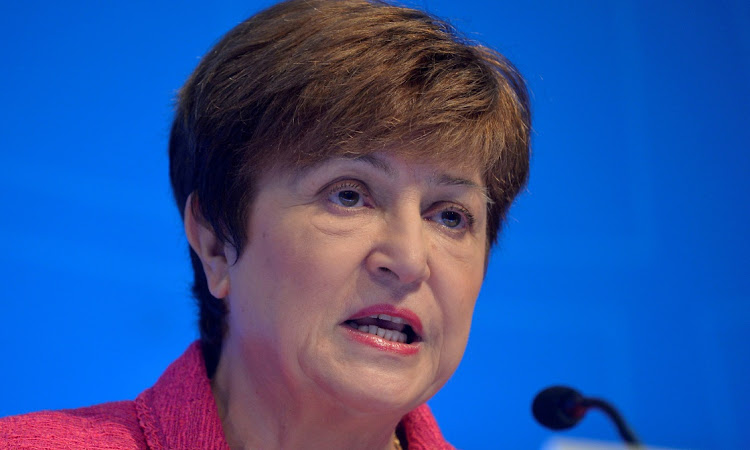 Paris - The International Monetary Fund's ethics committee and board need to look into a report alleging its chief Kristalina Georgieva pressured staff to boost China's ranking in a flagship report while at the World Bank, a French finance ministry source said on Friday.

Georgieva has headed the IMF since 2019, during which it has seen its role ramped up, distributing about $650bn in new Special Drawing Rights, its quasi-currency, as part of a drive to help combat the economic damage inflicted by Covid-19.

“It's a serious subject. The independent report is not a judgment and the IMF's ethics committee and board must study the report, listen to the MD and present its conclusions,” the finance ministry source said.

“It's on this basis that France will be able to fully evaluate the situation,” the source said in reaction to the report, which was prepared by an outside law firm at the request of the World Bank's ethics committee.

Georgieva has said she disagrees “fundamentally with the findings and interpretations” of the report, but it has hurt her reputation just weeks before an annual meeting of global finance chiefs.

At the time, the Washington-based multilateral lender was seeking China's support for a big capital increase.

The World Bank said on Thursday it would cancel the report series, which has run since 2003, dismaying investors who rely on it to help them assess country risk.

The US Treasury Department, which manages the dominant US shareholdings in the IMF and the World Bank, said it was analysing what it called the report's “serious findings”.

Officials from Japan, another key donor to both institutions, were talking to counterparts in other countries about the report's findings, a government source with knowledge of the matter told Reuters.

The report comes nearly two years after Georgieva, who is Bulgarian, took over as IMF chief, shortly before the biggest global economic crisis in the Fund's 76-year history, prompted by the Covid-19 pandemic.

Christine Lagarde decries disparity between men and women in workplaces

ECB head believes there should be a ‘constant fight’ to ensure that ‘everybody has a chance to accomplish their talent’.
World
1 month ago