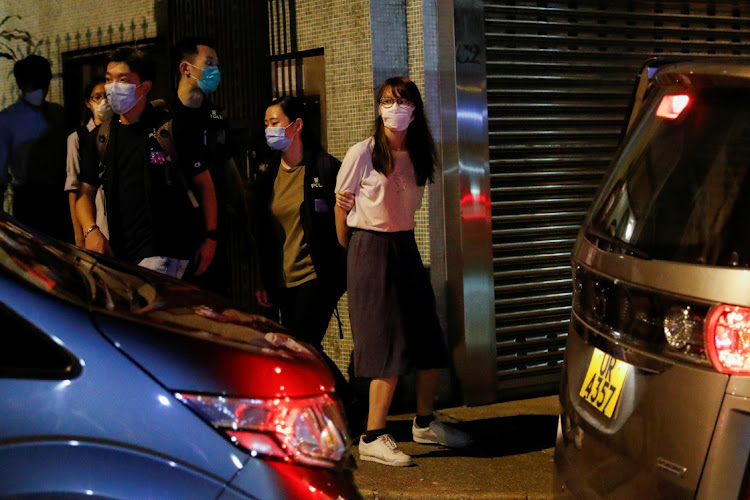 Tokyo — Japan’s foreign minister said on Thursday that the arrests of Hong Kong pro-democracy activist Agnes Chow and media tycoon Jimmy Lai raised questions over freedom of speech and the press in Hong Kong and Tokyo’s concerns over the situation were growing.

Chow, released on bail after her arrest under the new national security law, earlier thanked Japanese people for their outpouring of support, urging them to not to forget Hong Kong.

“Japan’s grave concerns regarding the situation in Hong Kong are getting stronger,” foreign mister Toshimitsu Motegi said, speaking from Singapore to reporters via an online system.

Prime Minister Abe Shinzo’s government, seeking to keep ties with Beijing on an even keel, has been somewhat circumspect in its comments on Hong Kong.

Monday’s arrest of Chow, a fluent Japanese speaker who often tweeted in Japanese and has been dubbed the “goddess of democracy” by Japan’s media, was top news this week in the country, where the hashtag #FreeAgnes trended on Twitter.

“Thank you so much,” Chow said in a brief Japanese-language segment of a Chinese-language video about 24 hours after her release on bail late on Tuesday. “I hope the people of Japan will keep paying attention to Hong Kong.”

A cross-party group of lawmakers, including members of Abe’s Liberal Democratic Party, has condemned the arrests, urging the government to refuse any requests for evidence based on the security law, and to ease visa restrictions on Hong Kong residents.

The crackdown on pro-democracy opposition in Hong Kong has drawn international criticism and raised fears for freedoms promised by Beijing under a “one country, two systems” model.

Chow last posted on her Japanese-language Twitter account on June 30, saying, “As long as we live, there is hope.”

When Jimmy Lai and others were arrested, Hong Kong CEO Carrie Lam offered room for a presumption of innocence —China effectively declared them all ...
World
10 months ago

Rights group says it objects to Mogoeng Mogoeng’s politics, not his religion

Rights group says it objects to Mogoeng Mogoeng’s politics, not his religion