US officials delve into mysteries of unidentified aerial phenomena 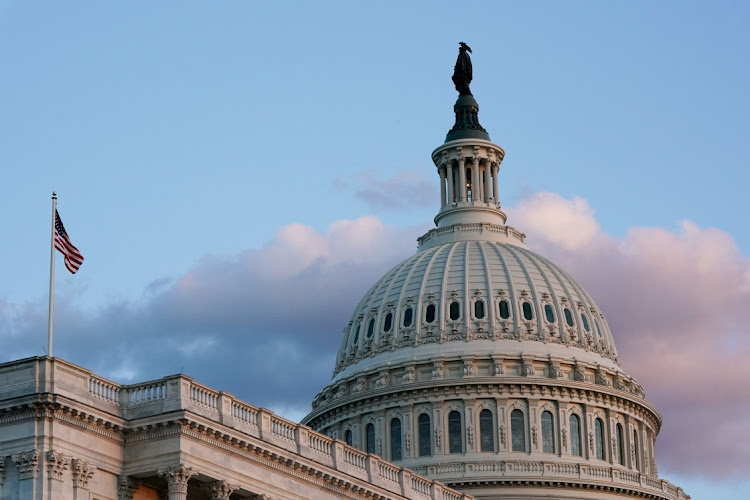 The US Capitol building is shown on Capitol Hill, Washington, US. File photo: REUTERS/ELIZABETH FRANTZ

Washington — Two top US defence intelligence officials said on Tuesday the Pentagon was committed to determining the origins of what the government calls “unidentified aerial phenomena”, in the first public congressional hearing in more than 50 years concerning phenomena commonly known as UFOs.

The two officials, Ronald Moultrie and Scott Bray, appeared before a US House of Representatives intelligence subcommittee 11 months after a report documenting more than 140 cases of unidentified aerial phenomena (UAPs), which US military pilots have reported observing since 2004.

Bray, deputy director of naval intelligence, acknowledged that there had been some sightings that US officials “can’t explain”. Some of those involved instances in which there was too little data to create a reasonable explanation, Bray said.

But Bray added: “There are a small handful of cases in which we have more data that our analysis simply hasn’t been able to fully pull together a picture of what happened.” These, Bray said, have involved unexpected “flight characteristics” or “signature management”.

“When it comes to material that we have, we have no material, we have detected no emanations within the UAB task force that would suggest it is anything non-terrestrial in origin,” Bray added.

The term UFO, for unidentified flying object, has long been widely associated with the notion of extraterrestrial spacecraft.

“We know that our service members have encountered unidentified aerial phenomena, and because UAP pose potential flight safety and general security risks, we are committed to a focused effort to determine their origins,” Moultrie, who oversees a newly formed Pentagon-based UAP investigation team as US defence undersecretary for intelligence and security, told the hearing.

Bray presented the panel with two UAP video clips. One showed flashing triangle-shaped objects in the night sky later determined to be visual artefacts of light passing through night-vision goggles. The other showed a shiny, spherical object zipping past the cockpit window of a military aircraft.

“I do not have an explanation for what this specific object is,” Bray said of the second object.

Moultrie and Bray also said the Pentagon was determined to remove the stigma long associated with sightings of unexplained flying objects by encouraging pilots to come forward when they observe such phenomena.

The notion of alien spacecraft received no mention in June 2021’s UAP presentation. The focus, instead, was on possible implications for US national security and aviation safety, as it was in Tuesday’s hearing.

The report did, however, include some UAPs previously revealed in Pentagon-released video footage of enigmatic airborne objects exhibiting speed and manoeuvrability exceeding known aviation technology and lacking any visible means of propulsion or flight-control surfaces.

That report was a nine-page “preliminary assessment” compiled by the Office of the Director of National Intelligence and a Navy-led task force the Pentagon formed in 2020.

Subcommittee chair Andre Carson said it was important for the Pentagon to take the issue of UAPs seriously.

“UAPs are unexplained, it’s true. But they are real,” Carson said, raising concerns that Pentagon officials have in the past focused on cases that are relatively easy to explain while “avoiding the ones that cannot be explained”.

Carson asked Moultrie, “Can we get some kinds of assurances that your analysts will follow the facts where they lead and assess all hypotheses?”

“Absolutely,” Moultrie responded. “So, we’re open to all hypotheses. We're open to any conclusions that we may encounter.”

Moultrie and Bray were scheduled to testify behind closed doors following the public hearing.

The Navy task force behind 2021’s report was replaced in November by a Pentagon agency named the Airborne Object Identification and Management Synchronization Group.

Further data and analysis were needed to determine whether they represent some exotic aerial system developed by a secret US government or commercial entity, or by a foreign power such as China or Russia, according to the report.

Defence and intelligence analysts have likewise yet to rule out an extraterrestrial origin for any UAP case, senior US officials told reporters ahead of the report’s release in 2021, though the paper itself avoided any explicit reference to such possibilities.

The report and Tuesday's hearing marked a turning point for the US government after decades spent deflecting, debunking and discrediting observations of unidentified flying objects and “flying saucers” dating back to the 1940s.

There had been no open congressional hearing on the subject since the US Air Force terminated an inconclusive UFO programme code-named Project Blue Book in 1969.

Popular culture has been the biggest source for our fascination with UFOs, extraterrestrials and life elsewhere in the universe
Life
1 year ago

Space-themed ETFs, start-ups and new trading technology make it easy for people to bet on the future of the extraterrestrial economy
Companies
11 months ago
Next Article