The pledge was broadly welcomed, but critics say it does not address China's huge coal build at home 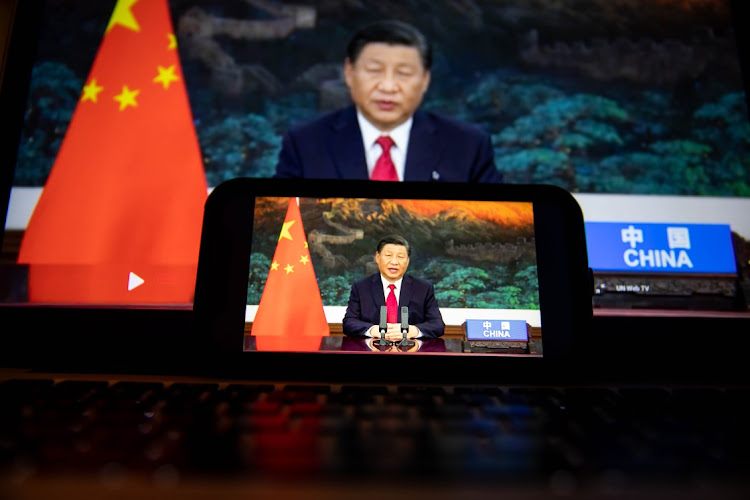 New York — Chinese leader Xi Jinping said on Tuesday that China would not build new coal-fired power projects abroad, using his address at the UN General Assembly to add to pledges to deal with climate change.

Xi provided no details, but depending on how the policy is implemented, the move could limit the financing of coal plants in the developing world.

China has been under heavy diplomatic pressure to put an end to its coal financing overseas because it could make it easier for the world to stay on course to meet the goals of the Paris Agreement to reduce carbon emissions.

Xi’s announcement followed similar moves by South Korea and Japan earlier in 2021`, and UN secretary-general Antonio Guterres and US climate envoy John Kerry have urged China to follow the lead of its Asian counterparts.

“China will step up support for other developing countries in developing green and low-carbon energy, and will not build new coal-fired power projects abroad,” Xi said in his pre-recorded video address at the annual UN gathering, in which he stressed China’s peaceful intentions in international relations.

Kerry quickly welcomed Xi’s announcement, calling it a “great contribution” and a good beginning to efforts needed to achieve success at the October 31-November 12 COP26 climate conference in Glasgow, Scotland.

“We’ve been talking to China for quite some period of time about this. And I’m absolutely delighted to hear that President Xi has made this important decision,” Kerry said in a statement.

Alok Sharma, the head of COP26, also hailed the announcement.

“It is clear the writing is on the wall for coal power. I welcome President Xi’s commitment to stop building new coal projects abroad — a key topic of my discussions during my visit to China,” he said on Twitter.

Xi spoke after US President Joe Biden gave his first UN address. Biden mapped out a new era of vigorous competition without a new Cold War despite China’s rise.

In a measured speech, Xi made no direct mention of China’s often bitter rivalry with the US, where the Biden administration has made policies on climate change mitigation a top priority and sought to co-operate with Beijing.

Xi repeated pledges from 2020 that China would achieve a peak in carbon dioxide emissions before 2030 and carbon neutrality before 2060.

Some experts have criticised those targets as not ambitious enough, though it allowed Beijing to claim moral high ground on the issue after then-US president Donald Trump had withdrawn from the Paris Agreement.

One of Biden’s first moves after assuming office in January was to reassert US leadership on climate change and return the US to the Paris Agreement.

“China was the last man standing. If there’s no public finance of coal from China, there’s little to no global coal expansion,” Justin Guay, director of global climate strategy at the Sunrise Project, a group advocating for a global transition from coal and fossil fuels, said of Xi’s promise.

Guterres welcomed both Xi’s move on coal and Biden’s pledge to work with the US Congress to double funds by 2024 to $11.4bn per year to help developing nations deal with climate change.

“Accelerating the global phase out of coal is the single most important step to keep the 1.5 °C goal of the Paris Agreement within reach,” he said in a statement.

Hours earlier, without mentioning China by name, Biden said democracy would not be defeated by authoritarianism.

“We all must call out and condemn the targeting and oppression of racial, ethnic, and religious minorities, whether it occurs in Xinjiang or northern Ethiopia, or anywhere in the world,” he said, referring to the western Chinese region where authorities have created a network of internment camps for Uyghurs and other Muslim minorities. China denies allegations of abuses in Xinjiang.

Ties between the world’s two biggest economies have been languishing at their lowest point in decades over issues ranging from human rights to transparency over the origins of Covid-19.

Xi said there was a need to “reject the practice of forming small circles or zero-sum games”, a possible reference to the US-led Quad forum of Australia, India, Japan and the US seen as a means of pushing back against China’s rise, which is due to meet at leader level in Washington on Friday.

China last week warned of an intensified arms race in the region after the US, Britain and Australia announced a new Indo-Pacific security alliance, dubbed Aukus, which will provide Australia with the technology and capability to deploy nuclear-powered submarines.

Biden’s image has taken a battering over the chaotic US withdrawal from Afghanistan, but he has said the end to “America’s longest war” will allow the US to refocus resources and attention to the Indo-Pacific region.

“Military intervention from the outside and so-called democratic transformation entail nothing but harm,” Xi said, in an apparent swipe at the US.