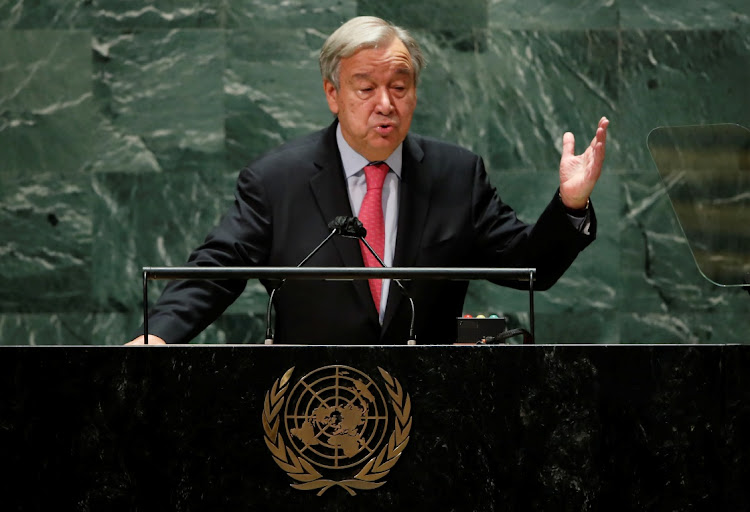 UN secretary-general Antonio Guterres has warned that the world is hurtling towards ecological destruction, sounding a bleak opening tone to the annual UN General Assembly meeting in New York.

Speaking a day after convening world leaders to ratchet up climate commitments, Guterres said on Tuesday that the “climate alarm bells” are “ringing at fever pitch”. Calling current global efforts insufficient, he forecast a “hellscape of temperature rises” if emissions are not cut more than currently planned.

“We are weeks away from the UN Climate Conference in Glasgow but seemingly light years away from reaching our targets,” Guterres told world leaders at the hybrid event, where leaders including US President Joe Biden and Brazilian President Jair Bolsonaro are speaking in person but others will appear by video.

“We must get serious. And we must act fast,” Guterres said.

There were also hints of optimism on the climate front. Speaking on the sidelines of an event on the subject at the UN on Monday, US climate envoy John Kerry expressed confidence that world leaders will meet a target of raising $100bn in climate aid to developing nations before the UK hosts two weeks of climate talks, known as COP26, in Glasgow, Scotland, from October 31.

“I think we’re going to get it done by COP,” Kerry told reporters. “The US will do its part,” he said. “I’m not hoping. I’m telling you to stay tuned to the president’s speech.”

Guterres also decried the global vaccine inequity that has left rich countries with surplus doses even as developing nations have barely started vaccinating their populations. “Perhaps one image tells the tale of our times,” he said. “The picture we have seen from some parts of the world of Covid-19 vaccines in the garbage, expired and unused. It is an obscenity.”

Reviewing the mistrust and lack of unity he believes have undermined global efforts to tackle Covid-19 and the climate, Guterres said: “Instead of the path of solidarity, we are on a dead end to destruction.”

Biden will host a virtual summit on Wednesday that will focus on concrete measures to end the pandemic.

Communities in coal-producing areas still believe their future hinges on the carbon-heavy fuel, despite the losses they blame on mining
World
1 month ago