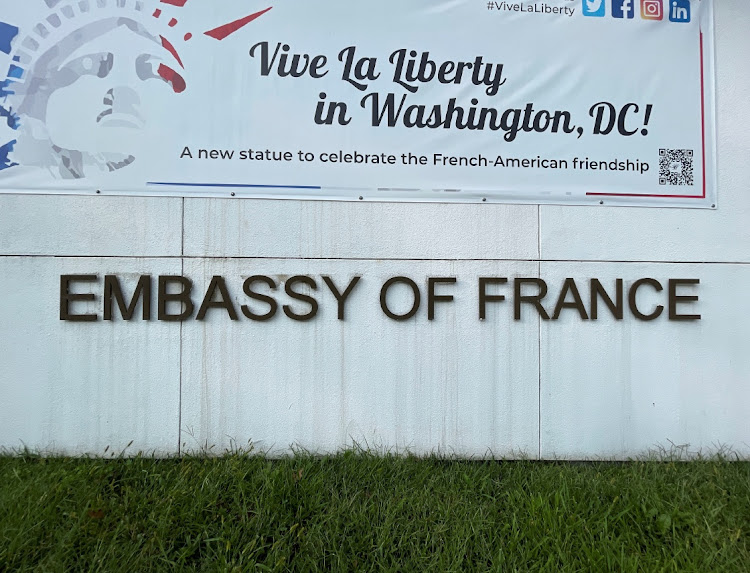 France recalled its ambassadors in the US and Australia for consultations after Australia struck a deal with the US and Britain that ended a French-designed submarine deal. Picture: REUTERS/GERSHON PEAKS

The Anglosphere seems happy to write off France’s fury over Australia’s cancelled $66bn submarine contract as a mix of sour grapes and electoral theatre.

Paris has recalled its ambassadors to Washington and Canberra, cancelled events and called on European partners to invest in defence. In response, US President Joe Biden has offered a telephone call, UK Prime Minister Boris Johnson has professed an “ineradicable” love of France, and Australia’s deputy prime minister is bringing up his country’s death toll from two world wars.

No doubt the deafening silence from other European countries on this issue might reassure the “AUKUS” trio that France’s anger will be short-lived and symbolic. One could hear the veritable pin drop in Germany, where a pre-election leaders’ debate had nothing to offer on subs or European geopolitics. Dutch Prime Minister Mark Rutte, meanwhile, promoted his recent meeting with Johnson in London as proof of “strengthening” ties with a country the French see as AUKUS’s third wheel.

This risks being a complacent stance. It ignores the long-term strategic value Paris saw in this “contract of the century”, establishing Australia alongside India as a top partner in France’s own plans to be a stabilising force in the Indo-Pacific, where it has 7,000 military personnel and 1.5-million citizens. This was not just rhetoric: earlier this year, France sent a nuclear submarine to the South China Sea, describing it as a projection of power in co-operation with partners, including Australia.

It also ignores the damaging double humiliation inflicted by the Biden administration, happy to underwrite the shredding of this contract in a farcically cloak-and-dagger way. The promise of a return to consensus-building and multilateralism in transatlantic relations after Donald Trump’s presidency is withering on the vine, the messy American withdrawal from Afghanistan only a few weeks ago being an example. Memories of Trump are not just French, but European.

The next phase of this spat is going to get uglier. France is once again playing the role of the EU’s geopolitical alarm clock, warning that the bloc risks drifting into a more dangerous century with no real means to defend its interests beyond trade. This kind of rhetoric has a habit of falling on deaf ears, and the Baltic states in particular are suspicious of France’s intentions in this area.

But linking subs to EU security and the transatlantic relationship has been made easier by the Biden administration’s own actions. Even as the US dangled an olive branch of sorts by lifting a long-running Covid-19 ban on European travellers on Monday, European Commission chief Ursula Von der Leyen told CNN that France’s treatment had been “not acceptable”.

Paris will keep “Europeanising” this conflict as it takes up the EU rotating presidency, to varying degrees of success. Trade talks with Australia are likely to hit a brick wall, a new US-EU partnership on trade and technology is likely to suffer, and simmering Brexit tensions with the UK will probably keep flaring up.

That is nothing to make the White House lose sleep, given its focus on a foreign policy that can be sold to the American middle-class. But it is hardly conducive to progress on global issues like climate change, nuclear proliferation, and the rise of China, not least because Australia will now have to wait even longer to renew its submarine fleet.

There is now a “big rift” in the heart of Nato, the UK’s former ambassador to France, Peter Ricketts, points out.

The China factor will be a test of whether France has the willpower and ability to rally a critical mass of partners behind it. The EU has been more ambivalent than the US on Beijing. An analysis by the European Council on Foreign Relations found that France, Germany and the Netherlands’ Indo-Pacific strategies have painted China as partner more than rival, with Germany in particular focusing on economic opportunity rather than security.

Many other EU countries are arguably still aiming for a blissful, low-cost neutrality. Frederic Mauro, an associate research fellow at the IRIS Institute, believes there is an opportunity in gathering a smaller vanguard of countries on defence projects.

Nobody is expecting fireworks here. As former French foreign minister Hubert Vedrine likes to say, Europeans tend to behave like Care-Bears in a world that looks like Jurassic Park. This will not change overnight. But AUKUS sounds like another growl in the distance.