‘Our year just went from all of these exciting events that we were thrilled about ... and here they are just sitting in a pile of garbage’ 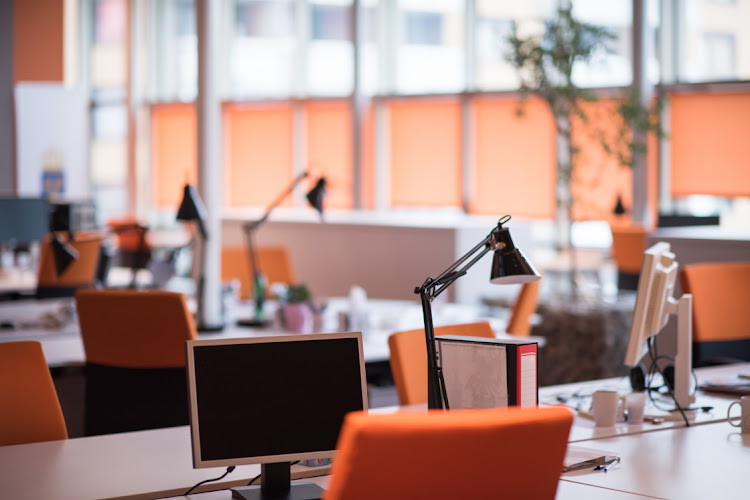 New York — Office workers returning for the first time after their abrupt departures in March are discovering relics of a different life.

Tickets for cancelled concerts. Winter clothes. Milk that expired four months ago. Calendars turned to March. Yellowed newspapers proclaiming the worst stock market crash in decades. That’s just a sampling of things workers are finding as they walk back into offices for the first time since Covid-19 upended normal life.

“It was like opening the lamest time capsule imaginable,” said Kevin Dorse, a communications professional in Ottawa, after making his first trip into the office in months.

Around the world, once-bustling offices were deserted almost overnight in the early part of the year as stay-at-home orders went into effect. Many of those spaces are still empty months later. In the final week of July, just 6.9% of employees had returned to offices in Manhattan that are managed by CBRE Group, the world’s largest commercial real estate services firm, according to a company spokesperson.

As restrictions ease, some office workers are braving confined spaces, such as subways and elevators, and making their way back in for the first time. They’re finding their desks and common spaces exactly as they left them in March.

Jennifer Wallner, the events manager for the War Memorial Centre in Milwaukee, had to cancel a full year of activities planned to mark the 75th anniversary of the end of World War 2. The signature event, VetFest, scheduled for July 30, was supposed to include live 1940s-style big band music, swing dancers, re-enactors, scavenger hunts and more on a plaza right on Lake Michigan.

When she returned to the office in early June for the first time since March 17, she saw big boxes of flyers and 2,500 rubber bracelets that had been ordered as promotional handouts.

Some are finding food and drink that was left behind during their hasty exit, including dried up tea bags and expired milk. Then there are the dead office plants...

“That was really a punch in the gut,” she said. “Our year just went from all of these exciting events that we were thrilled about. They were going to be great.” She took a moment and reflected: “And here they are just sitting in a pile of garbage.”

Michael Arciero, an investment banking analyst at Oppenheimer, said he rediscovered six dress shirts in a dry cleaning bag at his desk at the company’s downtown Manhattan office. Winter coats still hung on the backs of chairs.

There’s a digital component to the time capsule as well. Some workers have booted up their work computers to find the same internet tabs open from when they left, including some painful reminders of the different mindset at the time. One Microsoft employee who recently went in to pick things up found he had a page open from March that referred to “15 days to slow the spread of coronavirus”.

“Honestly, it was a little sad,” said Ryan Mahan, a student programming director at Western New England University who returned to work for the first time last week. The latest copy of the student newspaper was on a table, featuring a photo of Swedish pop star Zara Larsson, who was set to headline a campus concert that ended up being cancelled. The day after publication, students were sent home for the semester.

Rebecca Buckman, vice-president of marketing communications at venture-capital firm Battery Ventures, went back into the company’s San Francisco office for the first time in July. Two yellowed newspapers from March sat on a table in the reception area, capturing the moment the virus crisis delved into chaos in the US. “It was a little bit eerie,” Buckman said. “People had just left things. There was still food in the fridge. But the most striking thing was the newspapers.”

Some are finding food and drink that was left behind during their hasty exit, including dried up tea bags and expired milk. Then there are the dead office plants, a casualty of the sudden abandonment.

Lewis Parker, a strategy director at a communication agency in London, found notes on his desk from a business trip he took to Romania in March a few days before lockdowns began, and a book left out with the page he’d been on still cornered. “Even though it was only at the start of March, it felt like a lifetime ago,” he said. “It felt incredibly abnormal to be back after so many months of home working.”

Tony Knopp, CEO of Los Angeles-based software company TicketManager, sent his 70 employees home in March. He’s been coming in to collect the mail and keep things running. He now parks right by the front doors each day, a luxury in LA

“It feels like ‘I Am Legend’ or ‘The Walking Dead’,” Knopp said. “It’s very apocalyptic. If I don’t go in for a few days, I open the door and it pushes a stack of mail. And nothing moves. Whatever I need, I grab from someone else’s desk. We’ve run out of batteries, so now I just go to another desk and grab batteries out of their keyboard.”

Nick Case, director of athletic video communications at Charleston Southern University, first returned to the office in May after months away. His dry-erase board was covered with a busy March sports schedule, with events for basketball, softball, baseball, track and field, and tennis.

A large sign covered the calendar, printed by one of the last people in the office, declaring: “Sports Are Canceled”.

“It felt like a different world,” Case said. “The warmth and energy that comes from having all our people there was gone.”

Business groups have spent four months drafting a plan to get the economy back on track, but confidence the sate will implement is is ‘very low’
Economy
10 months ago

JON FOSTER-PEDLEY: How to keep making decisions in the throes of a crisis

Christo Wiese: how do you recover from losing R125bn?

Until recently he was SA’s richest man – then came Steinhoff. Though he has lost a vast fortune, Christo Wiese is still a retail giant – not least ...
Features
10 months ago
Next Article

Millions around New York without power for days as storm hits

‘Business unusual’ has created opportunity for fraud, and it’s going to get ...

Millions around New York without power for days as storm hits

‘Business unusual’ has created opportunity for fraud, and it’s going to get ...