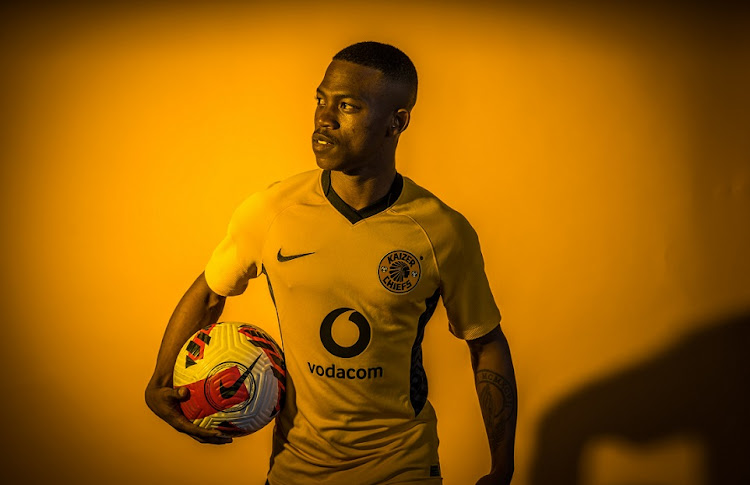 Kaizer Chiefs’ new signing, Ashley du Preez, displayed the kind of cockiness the club is perhaps looking for as they aim to use the feel-good factor of a young, new-look squad and coaching staff to reverse Amakhosi’s longest barren spell.

Du Preez said he agreed with coach Arthur Zwane’s comments last week that, from what the Amakhosi boss has observed in preseason training, the former Stellenbosch FC player is “one of the best players I’ve ever seen”.

The forward, signed from the Cape club with centreback Zitha Kwinika, is among a host of fresh faces brought to Chiefs in the 2022/2023 preseason as the club attempts to reverse seven seasons without silverware.

“I’m not a person who praises myself. I think it starts there — how you work on the pitch and off the pitch — that affects you in the game,” Du Preez said.

.@KaizerChiefs look to get the right juju flowing for the 2022-23 @DSTVPremiership season with player/fan event at @FnbStadium on Saturday pic.twitter.com/Rnmzyqu8qd

“What coach Arthur said about me, I can say it’s true because I’ve been working so hard where I was previously, and I wanted to be playing for a big club like this.

After stints as a caretaker coach, Chiefs have given former winger Zwane and assistant Dillon Sheppard the reins, tasking them with getting the best out of a young squad after a clear-out of ageing big-name stars from Naturena.

The lack of out-and-out strikers in Zwane’s squad after the departures of Samir Nurković and Leonardo Castro has raised eyebrows.

Kaizer Chiefs coach Arthur Zwane addresses supporters at a players and fans preseason interaction event at FNB Stadium on July 30 2022 ahead of the start of the 2022-23 DStv Premiership campaign.

Du Preez, who plays wide or as a deep striker, could be a player looked to for goals. That could put pressure on the 25-year-old whose professional career has seen him turn out for Stellenbosch, a team with minuscule support when placed next to giants Amakhosi.

So his confidence in himself might come in handy. Du Preez also feels he can flourish in the world-class surrounds of Chiefs’ Village at Naturena, and under a coach promising to bring back the expression that has been lost from glamour club Chiefs’ game.

The player’s finishing — an issue when he emerged in the Premiership — has improved and his return of nine goals in 29 league games in 2021/2022 made for easily his best scoring season.

.@kaizerm_jr leads the singing as @KaizerChiefs look to get the right juju flowing for the 2022-23 @DSTVPremiership season with player/fan event at @FnbStadium on Saturday pic.twitter.com/kCdGpNHLqR

“I think with the philosophy of the coach and how he wants to play, I’m fitting in well here,” Du Preez said. “I just want to enjoy my football, help the team, help the coaching staff and help myself too. So I’m not too worried about what other people or the fans are going to say about my performance.

“Previously [at Stellenbosch], defence played a huge role. I know playing for Kaizer Chiefs brings a lot of pressure so I will work hard on scoring goals and want to be better every day.

“I think I can score more goals and a team like Chiefs will help me do that.”

Chiefs open their Premiership campaign on Saturday against Royal AM at Chatsworth Stadium in Durban.