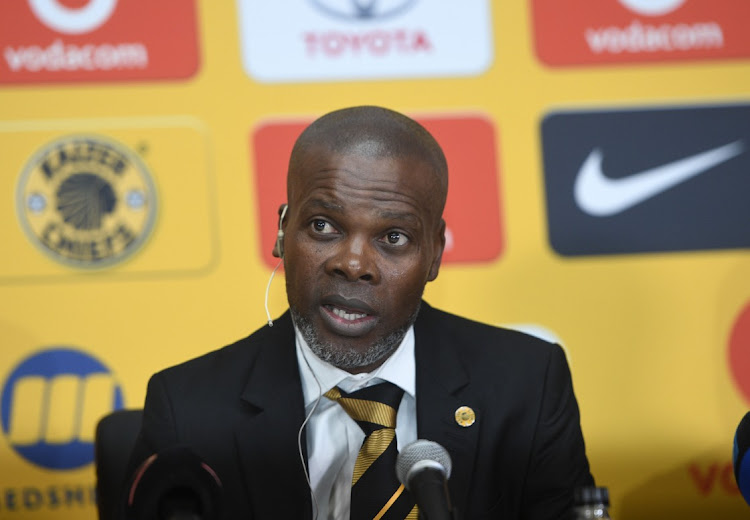 The learner plates are off and the new driver is ready to be unleashed. Having served as caretaker coach for the past two seasons after stepping into the breach following the firing, first of Gavin Hunt towards the end of the 2020/2021 season and then Stuart Baxter in April, Arthur Zwane has been awarded his licence to steer the wobbling Kaizer Chiefs ship for the next three years.

While it’s a major vote of confidence in a man who took temporary charge of the team when they lost last season’s Caf Champions League final to 10-time champions Al Ahly and then guided them in their last seven games of the just-completed season, it’s also a calculated risk.

Zwane has no previous senior coaching experience and taking over a job as pressurised as the one at Chiefs is not for the faint-hearted. More so when the club is seeking to plot a way out of the doldrums, as long-serving operators like Ernst Middendorp, Hunt and Baxter will readily attest.

The position of head coach at the country’s most popular club has been something of a poisoned chalice in recent times. Since Baxter completed his three-year contract when he won the league and MTN8 double in the 2014/2015 season, every one of the five subsequent permanent appointments over the following seven years ended prematurely.

The Chiefs decisionmakers were no doubt swayed by Zwane’s long association with the club that has seen him spending the past 22 years — nearly half the 48 years he has been on Earth — donning the club’s famous black and gold colours in a playing and then coaching capacity.

The club has also groomed their new coach for the role, coming as he does through the academy ranks, and what he needs now is unconditional backing as well as patience to allow him to settle into the job.

Working for more than two decades at Naturena has immersed the former left-winger in the club’s culture. He is fully aware of  what makes Chiefs tick, especially from his golden playing years when he helped the Glamour Boys win 12 major trophies, including the 2001 Caf Cup Winners Cup and two league titles in successive seasons in 2004 and 2005.

Fondly known by his nickname of 10 111, the emergency number of the flying squad, Zwane has pledged to sweat blood to ensure the club is successful. But while patience is the watchword with the new coaching regime that includes Dillon Sheppard as his assistant, it’s an unfortunate reality that Zwane will have to deliver silverware with the speed of a police vehicle racing to a crime scene if he is to transform the doubters into believers.

The club’s hierarchy, not to mention their long-suffering fans, are desperate to end their silverware drought at the earliest opportunity and the Soweto-born coach will have to deal with the pressure that accompanies those desires. In these days of a pervasive social media presence, where a few million voices have been given a platform, that pressure has become relentless,

As Bobby Motaung, Amakhosi’s football manager, said at the unveiling of their new coach last Thursday: “The mandate is clear, we need to win trophies and bring back the style of Chiefs when we play. As the club, we want to win trophies early as we start next season.”

It’s going to be a tough task to restore the country’s best supported club to its former glory, which saw them win the league four times in the PSL era and when adding at least one trophy to the cabinet at the end of each season was considered par for the course.

While the Chiefs hierarchy have pledged to be patient and to provide Zwane and his technical team with the necessary ammunition to succeed, it’s a known fact that the demanding Amakhosi faithful can make the life of the coach unbearable if silverware continues to elude them. Just ask the urbane Steve Komphela, who was forced out after the team’s shock defeat to Free State Stars in the semifinal of the Nedbank Cup in 2018 when irate fans went on the rampage at Moses Mabhida Stadium.

In addition to being technically adept, Zwane will also have to exhibit his all-important man management skills when dealing with egos in the dressing room. He will also need to suss out when to put an arm around the shoulder and when to deliver the hairdryer treatment. These are crucial aspects in managing top teams and delivering optimum performances on a regular basis.

It’s refreshing to see a top club like Chiefs entrusting a homebred coach with the huge task of reviving the team’s fortunes. Now it’s up to Zwane to grasp the nettle and strike another blow for local coaches, like his compatriots Manqobi Mngqithi, Rhulani Mokwena and Komphela have done at Mamelodi Sundowns. Of course, let’s not forget their predecessor, Pitso Mosimane, who has gone on to bigger things with Egyptian giants Al Ahly.