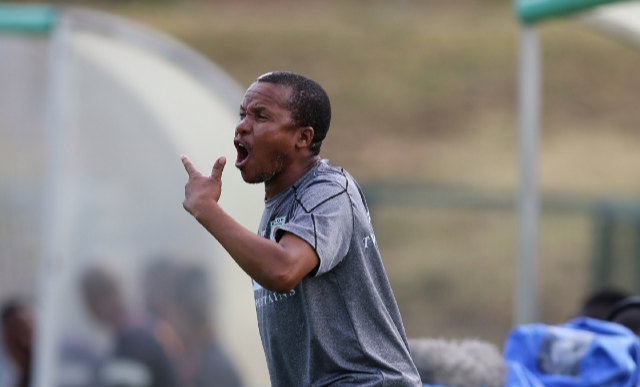 Mamelodi Sundowns have gone 24 matches unbeaten in the league and have also stretched their lead at the top of the Premier Soccer League to a whopping 15 points after they beat Baroka 2-1 at Loftus on Tuesday.

Their lead may be slightly reduced by Orlando Pirates who kicked off in the late match against Swallows, but that will not bother the coaching trio of Manqoba Mngqithi, Steve Komphela and Rulani Mokwena.

For Baroka these are worrying times as they remain rooted to the foot of the table. They have a mountain to climb to revive their wrecked campaign with only two wins from 12 starts.

Baroka have clocked up four defeats and two draws in their past six matches and will be under pressure to get something out of their remaining two matches of the year against Stellenbosch and Royal AM.

For Sundowns, they will be looking to maintain their unbeaten run against Pirates, AmaZulu and Marumo Gallants before they enter the festive break.

For Sundowns, the coaches made two changes to the team that beat SuperSport United 1-0 in the Tshwane derby on Saturday.

In-form Andile Jali and Kermit Erasmus started in  place of Neo Maema and Thabiso Kutumela who were ruled out of this match due to injuries.

The first real chance of the match was for the visitors. A snap shot by attacker Sekela Sithole was saved by Denis Onyango after they found their way into Sundowns’s danger area.

After 22 minutes, Sundowns suffered a huge blow when reliable striker Peter Shalulile was stretched off the field with possible concussion after he collided with a Baroka defender in an aerial duel.

Shalulile was replaced by Pavol Šafranko, and the Slovakian attacker was sacrificed for defender Ricardo Nascimento late in the second half as the Sundowns coaches reinforced their defence.

Baroka had another good chance of opening the scoring just before the half-hour mark but Richard Mbulu, who was unmarked in the box, blasted his shot over the crossbar instead of picking a spot.

In one of Sundowns’s clear-cut chances, Sphelele Mkhulise was released into the box by Thapelo Morena, but his shot was cleared for safety by Baroka goalkeeper Oscarine Masuluke.

The first half ended in dramatic fashion as Erasmus was given his marching orders by referee Akhona Makalima but Sundowns reacted immediately with the opener through Rivaldo Coetzee.

The opening goal, which is the third of Coetzee’s career and was the last kick of the half, came after Masuluke failed to connect with Lyle Lakay’s free-kick.

Baroka equalised after 71 minutes through Mbulu, who dribbled past Rushine de Reuck inside the box before beating Onyango with a well-drilled low shot on the near post.

The Brazilians settled the match eight minutes from time when Themba Zwane found the back of the net after he received the ball from Morena on the edge of the box.​