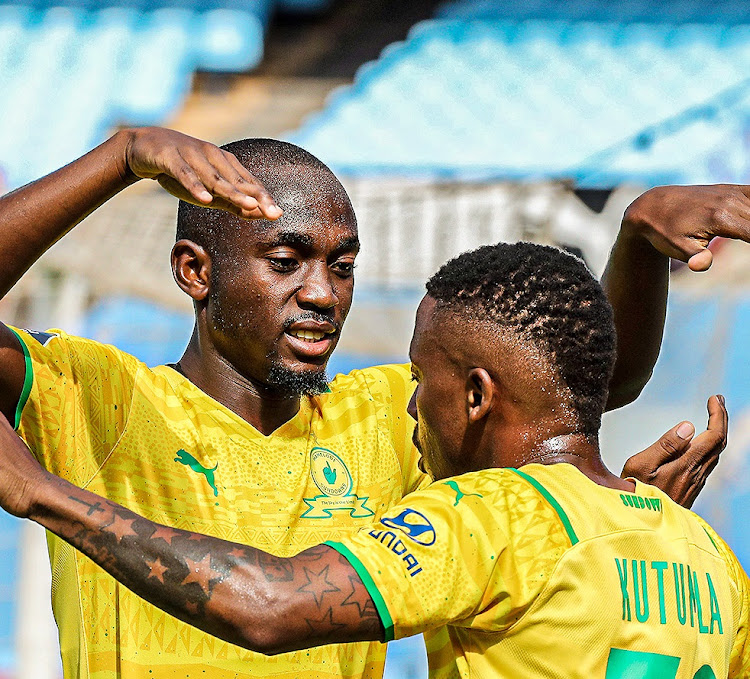 Mamelodi Sundowns were made to work right to the end for their nervy 3-2 win over stubborn Royal AM in an exciting Premier Soccer League encounter at Loftus on Wednesday afternoon.

This crucial home win has taken the Brazilians to 34 points at the summit of the standings and has also ensured they remain unbeaten after 14 starts this campaign.

For Royal AM, who started the season with promise as they mixed it with the early pacesetters, this is the second match they have dropped points after the goalless draw against AmaZulu last weekend.

Sundowns will be looking to maintain their winning form when they visit SuperSport United at Lucas Moripe Stadium in the Tshwane derby on Saturday while Royal AM will play host to Golden Arrows at the Chatsworth Stadium the after day.

Sundowns took the lead on six minutes when Thabiso Kutumela volleyed home after Royal defender Mzwanele Mahashe headed the ball into his path in a desperate attempt to clear a cross by Thapelo Morena.

Sundowns continued to attack the visitors and Royal goalkeeper Hugo Nyame was forced to produce a stunning acrobatic save in the  21st minute to deny Neo Maema, who rifled a powerful shot with his weaker right foot from outside the box.

Royal reacted with an attack of their own a few minutes later that resulted in Sundowns goalkeeper Kennedy Mweene denying Tebogo Potsane after he was released by his captain Ndumiso Mabena.

Just before half time, Royal nearly drew level after a dipping pass from the midfield released the alert Mabena but his shot was parried away for a corner by Mweene, who moved off his line sensing the danger.

Sundowns increased their lead midway through the second half with a tap-in from in-form Downs striker Peter Shalulile after he connected a good cross that was delivered by their flying winger Morena.

Shalilule rounded Nyame to register his second brace of the season after a breathtaking attack that included man-of-the-match Andile Jali and Aubrey Modiba 17 minutes from the end.

Shalulile was denied a hat-trick when his thunderous shot ricocheted off the crossbar after he was released by a defence-splitting aerial pass from the midfield.

Ten minutes from time Royal substitute attacker Victor Letsoalo netted his seventh goal of the season when he connected a cross by Potsane from the left wing after they caught the Sundowns defence napping.

In the closing stages, Letsoalo also claimed his brace for the afternoon from the penalty spot after referee Thando Ndzandzeka adjudged Rushine de Reuck to have handled the ball in the box from a cross by Motebang Sera.