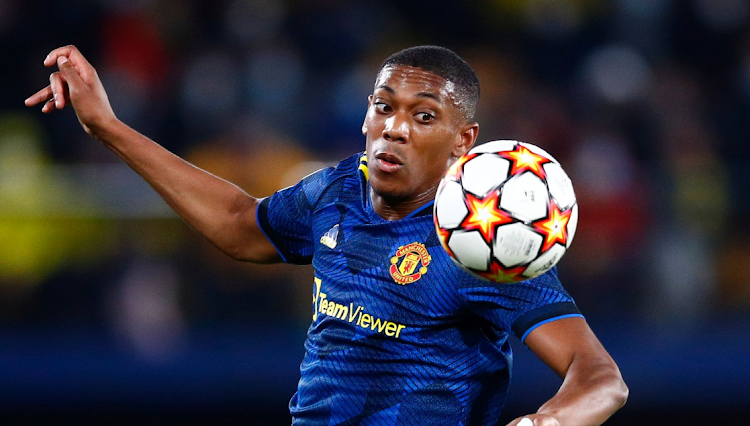 Bengaluru — Manchester United interim manager Ralf Rangnick said he had no interest in communicating with player agents through the media amid speculation that forward Anthony Martial is keen to leave the club in January.

Martial’s representative, Philippe Lamboley, said last week that the Frenchman was intent on securing a move away from Old Trafford to get more game time.

“I don’t communicate with agents via the media and press. The player hasn’t spoken with me or us about it,” Rangnick said.

“After the final training session before the Crystal Palace game, after having trained with team, he informed the doctor and the medical department that he would not be available because the pain in his knee is too big. We have to wait and see.”

Martial, who has recently been sidelined due to injury, has played 10 games in all competitions this season, scoring once.

“If he really has the wish to go to another club it should be the player who informs either the board or myself,” said Rangnick.

Meanwhile, United’s Premier League match at Brentford scheduled for Tuesday was postponed due to a number of Covid-19 cases at the Old Trafford club, the league announced.

United had reported a “small number” of cases discovered among first-team staff and players on Sunday, with the squad who travelled to Norwich City for their Premier League clash on Saturday kept apart from those who had the coronavirus.

“The decision [to postpone the Brentford-United game] was taken after guidance from medical advisers due to the exceptional circumstances of an ongoing Covid-19 outbreak within Manchester United’s squad,” the league said in a statement.

“First team operations at the club’s Carrington Training Complex were closed down today to help control the outbreak and minimise risk of further infection among players and staff.”

Discussions took place with the Premier League as to whether it would be safe to fulfil Tuesday’s fixture, with United deferring their travel to London until a decision had been made.

The Premier League found a record 42 cases of Covid-19 among players and staff at various clubs over the past week.

The 42 positive tests from more than 3,800 individuals is more than the tally from the previous seven weeks combined and a record in the English top flight in a single week.

“The league has reverted to its emergency measures, and will increase the frequency of both lateral flow and PCR Covid-19 testing of players and staff,” it said in a statement.

Brentford said they welcomed the decision to postpone Tuesday’s match.

“We appreciate there will be many fans who will be inconvenienced with the fixture postponement and we apologise for the disruption, which was out of our control,” the club said.

“We respect the Premier League’s decision and acknowledge that the health and safety of both clubs’ players and staff must always come first.

“We wish everyone affected a speedy recovery and look forward to hosting Manchester United at the Brentford Community Stadium in the new year.”