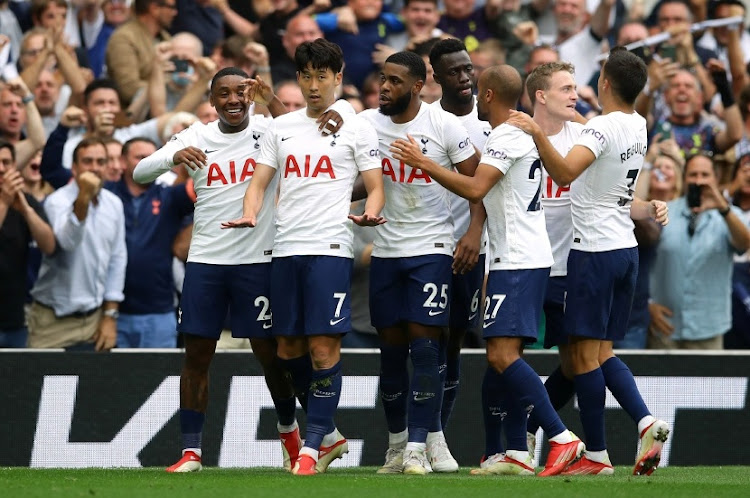 London — Son Heung-min proved there is life at Tottenham Hotspur without Harry Kane as his goal earned the north London club a surprise 1-0 win over champions Manchester City in an absorbing Premier League opener on Sunday.

All the talk beforehand was whether Tottenham’s talisman Kane, strongly linked with a move to City, would be involved. The England skipper was left out of the squad, having only just returned to training, but it was his usual strike partner Son who gave Tottenham’s new manager, Nuno Espirito Santo, a perfect start to his reign.

Tottenham were a constant threat on the counter-attack against a City side boasting new £100m signing Jack Grealish, and it was from one such raid from deep in the 55th minute that Son beat City keeper Ederson with a clinical finish.

City enjoyed the lion’s share of possession but their best chance came early on when Riyad Mahrez sliced wide.

In the day’s early game, West Ham United forward Michail Antonio missed a penalty before scoring with a thundering shot as the Londoners came from behind to outclass Newcastle United 4-2 in a breathless Premier League season opener at St James’ Park.

Antonio collected Said Benrahma’s neat pass and blasted one past Freddie Woodman to make it 4-2, shortly after the debutant goalkeeper palmed away the forward’s poor spot kick only for Tomas Soucek to pounce on the rebound to put West Ham ahead.

Antonio’s strike made him West Ham’s joint-top scorer in the Premier League alongside Italian Paolo Di Canio on 47 goals and he nearly added to his tally only to be denied by the post.

“Not bad for a right-back,” Antonio, who has played in a number of positions including in defence before establishing himself as West Ham’s main striker, told Sky Sports.

“I had a couple of opportunities before that I didn’t take bu getting a goal in the first game starts the season off for me and hopefully I can keep going and keep scoring more.”

Benrahma had earlier made it 2-2 with a header to put West Ham on course for a victory that seemed unlikely after they had conceded in the fifth minute to Callum Wilson.

The Newcastle striker came into the contest having netted eight goals in 10 top-flight matches against West Ham, and he did not take long to spark celebrations as he nodded in Allan Saint-Maximin’s cross.

Boyhood Newcastle fan Jacob Murphy guided his header into the goal from Matt Ritchie’s pinpoint cross to make it 2-1 after West Ham’s Aaron Cresswell had levelled the scores in the 18th minute with a fizzing cross that found its way in.

But Murphy went from hero to villain later in the game as he fouled Pablo Fornals to concede the penalty that led to West Ham’s revival.

“We showed our ability last year,” Antonio said of West Ham’s sixth-placed finish in the 2020/2021 campaign. “We showed we have the resilience and we always believe in ourselves that we can come back and score goals.”