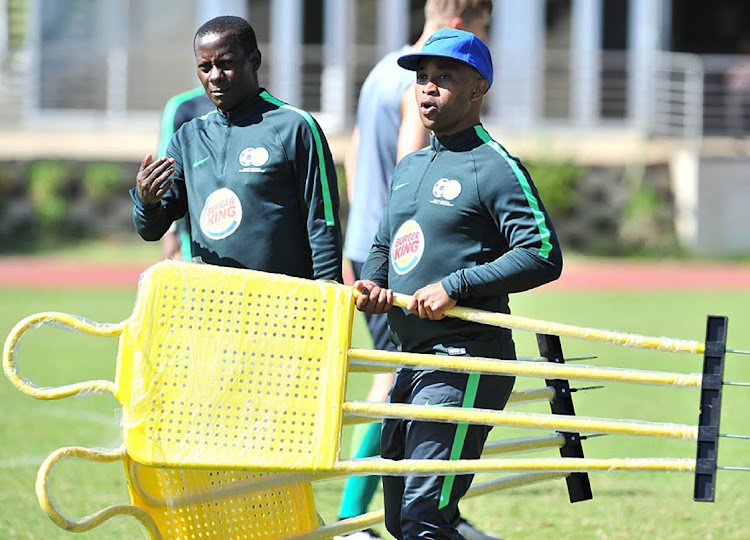 Bafana kick off their campaign against Botswana in the group stages, while also in Group A Eswatini play Lesotho.

With Bafana head coach Hugo Broos still in Belgium for his second Covid-19 jab‚ Mkhalele is expected to oversee the team for the Cosafa tournament.

The former Bafana star held his first training session on Sunday to familiarise the players with their new surroundings.

“We had our first training session around the game time, which will be 5pm. It was to make sure the boys adapt to playing in the wind‚ because the wind starts around the late afternoon.

“The new players struggled a little but over time I believe that by the time we play our first match they would have adapted.

“I am confident enough‚ because you could see the hunger among the players and you also look at the attitude of the new players. You could see that they really welcomed the call-up even though it was late.

“So for the coach to see that among the young players, I get that joy and sense of belief that the team can do well in the group stages.

“It’s not going to be easy, but when I look at the attitude of the players as well as the technical plan, I believe that we will do well‚” the coach said.

Mkhalele said he was in communication with Broos every day on how they should prepare the team.

“Our main vision is to make sure that we build a very strong team that can be competitive, especially in the Cosafa tournament, and going forward, a team that will be competitive in the qualifiers.

“So for us here our vision is to make sure we win the tournament so we can build our momentum going to the [World Cup]  qualifiers.”

Sport‚ recreation‚ arts & culture MEC Fezeka Nkomonye is excited that the Eastern Cape will host the Cosafa tournament and said the province’s economy will benefit.

“We took a decision to support the tournament with logistics so as to make sure it takes off in the Eastern Cape.”

Mkhalele has found his Amajita

Mkhalele has found his Amajita