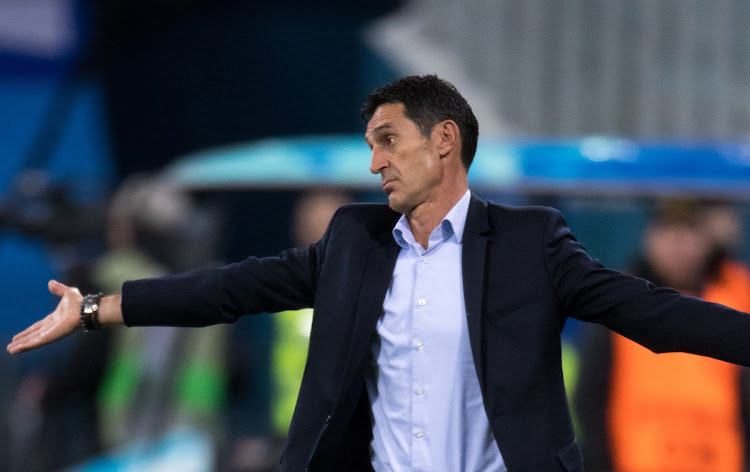 Cedomir Janevski‚ Bafana Bafana’s new assistant  to head coach Hugo Broos‚ has admitted  the first camp of the new era is off to something of a rocky start.

As Belgian-Macedonian Janevski and his fellow assistant, Helman Mkhalele, take charge of the friendly against Uganda at Orlando Stadium on Thursday (kickoff at 6pm)‚ Broos’s absence due to taking his Covid-19 vaccination has been worsened by a string of withdrawals.

Bafana were dealt a huge blow on Monday after the talismanic England-based forward Percy Tau and SuperSport United midfielders Teboho Mokoena and Sipho Mbule were ruled out of the match due to Covid-19.

If that were not enough, the Mamelodi Sundowns trio of centreback Mosa Lebusa and utility players Rivaldo Coetzee and Mothobi Mvala were later also withdrawn from the 19-strong squad.

Janevski admitted it has not been the easiest of starts for Bafana’s new technical staff.

“I know now what the team doctor has just said is not a perfect situation to prepare for a game‚” Janevski said after Dr Tshepo Molobi detailed the withdrawals of Tau‚ Mokoena and Mbule on Monday.

“But we are going to try our best in the coming days to prepare the team that can have a good positive result against Uganda.”

Janevski bemoaned the absence of Tau and said he admires the player and has followed the Brighton star from his time in Belgium playing first for Royale Union Saint-Gilloise and later Club Brugge and RSC Anderlecht.

“He [Tau] is an important player for this generation of players and the national team. But we hope that for the next camp he will be OK‚” the ex-Red Star Belgrade‚ Macedonia‚ Ismaily and Olympiakos Nicosia coach said.

Molobi said Tau and Mokoena were in quarantine while the other United star‚ Mbule‚ was in self-isolation.

“Tau and Mokoena tested positive for Covid-19‚ and by association‚ Mbule‚ since he is a close contact of Mokoena, will also not be joining us‚” he said.

Broos‚ the 2017 Africa Cup of Nations winner with Cameroon‚ was appointed by the SA Football Association on May 5 to replace Molefi Ntseki.

Ntseki was released from his contract on March 31‚ soon after Bafana’s failure to qualify for the 2021 Nations Cup.

Former Bafana coach takes over at Amakhosi after their poor season saw his predecessor, Gavin Hunt, being fired
Sport
1 year ago
Next Article