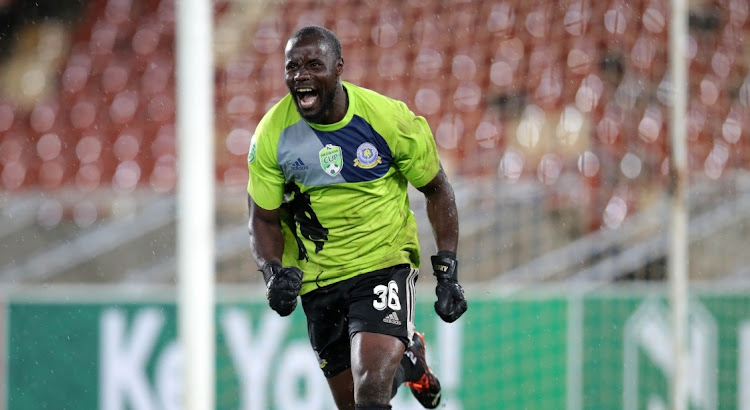 Tshakhuma Tsha Madzivhandila (TTM) caused one of the biggest upsets in recent SA football history by dumping defending champions Mamelodi Sundowns out of the Nedbank Cup at the semifinal stage.

The match was tied 0-0 after 120 minutes of exciting football at Loftus but TTM prevailed 6-5 after sudden-death shoot-outs in which the man of the match, TTM goalkeeper Washington Arubi saved Hlompho Kekana’s penalty kick.

Arubi also pulled off stunning saves throughout the match.

The Nedbank Cup final will thus be between TTM and Chippa United who will both be playing in their first final, on May 8 at a venue to be announced by the PSL this week.

Sundowns — who were playing  their fourth match in 10 days after outings against CR Belouizdad of Algeria‚ Chippa United and Orlando Pirates — now shift their focus to the league with a daunting trip to second-placed AmaZulu on Wednesday.

The programme is not as punishing for TTM who only return to league action with a trip to Cape Town City on Saturday when they will continue a battle to escape the relegation zone.

It was not all about Sundowns as TTM had their spells on the attack with former Bafana Bafana striker Tokelo Rantie‚ Mnyamane, Ndabayithethwa Ndlondlo and Celimpilo Ngema causing problems.

Sundowns attacked from the restart when Mkhulise floated the ball over the advancing Arubi after he connected with a long pass from Morena, but his goal-bound effort was cleared off the line by defender Ngengane.

Sundowns missed an opportunity to take the lead on 54 minutes when the usually reliable and ruthless Zwane blasted his shot over the crossbar from close range.

After 68 minutes‚ referee Jelly Chavani ignored protestations from Sundowns players for a penalty after TTM defender Diamond Thopola tackled Sirino in the box.

There was another questionable moment from Chavani during extra time when he waved play on after Brian Onyango appeared to have brought down goal-bound Nevhulamba in the box.

Arubi made a superb one-hand save three minutes from the end of regulation time after a thumping shot by substitute Vilakazi. He was at his best early in extra time to deny Lakay from a corner kick.