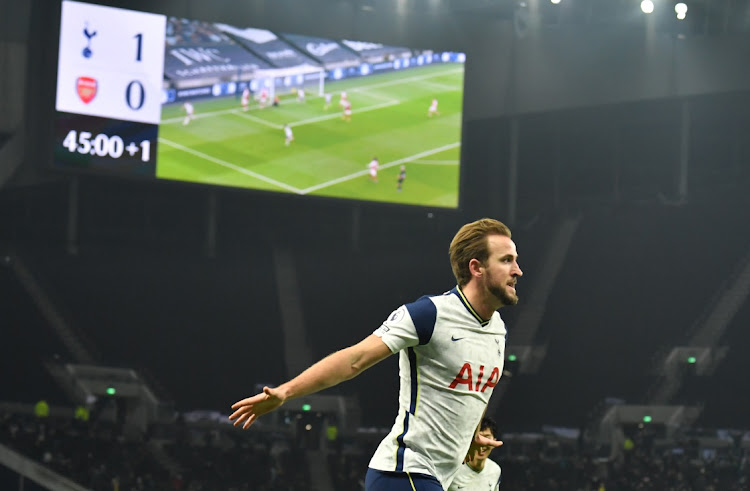 Kane struck in the 23rd minute with a low long-range shot that deceived Guaita as Tottenham began in confident fashion in the Selhurst Park drizzle. But Palace responded impressively to dominate after the break and Schlupp grabbed a deserved leveller from close range in the 81st minute.

Ben Davies struck the crossbar and Guaita made stunning saves from Kane and Eric Dier as Tottenham sparked back into life late on but had to be content with a point.

Tottenham, top of the league after 11 games for the first time since 1984, moved to 25 points from 12 games, one ahead of second-placed Liverpool who could overtake them with a win at Fulham later on Sunday.

Palace are in 11th spot with 17 points. “I am experienced with football and the Premier League, and I told the players what could happen, and it happened,” Tottenham manager Jose Mourinho said.

“I am never OK with a point. Every game we go to win, and if sometimes we don’t win it because of credit to the opponent, and sometimes it is because we should do better. Today I think it was a bit of both.”

Mourinho’s side’s impressive march to the top of the table has been built, of late, on defensive solidity and lethal counterattacking, but on Sunday they started on the front foot.

Guaita made great saves to keep out Tanguy Ndombele’s shot and a Kane header but was left red-faced as Kane took a pass from Son Heung-min in the 23rd minute and skimmed in a low right-foot shot that swerved and skidded off the turf and went through the keeper.

The closest Palace came to an equaliser before the break was just before the interval when Eberechi Eze’s deft right-foot curler beat Hugo Lloris but hit the outside the post.

Tottenham’s attacking threat diminished after the break as Palace, buoyed by the return of 2,000 fans for the first time since March, got on top.

Schlupp scooped a good chance over the bar, and Christian Benteke should have done better with a header. But Palace got their reward when Eze’s wickedly curling delivery from a free kick was not dealt with by Lloris, and when the ball came to Schlupp he fired it in.

Tottenham went all out for the late win, but Guaita was inspired in goal. First he kept out Kane’s glancing header from Serge Aurier’s driven cross, then he flew through the air to beat out Dier’s free kick.