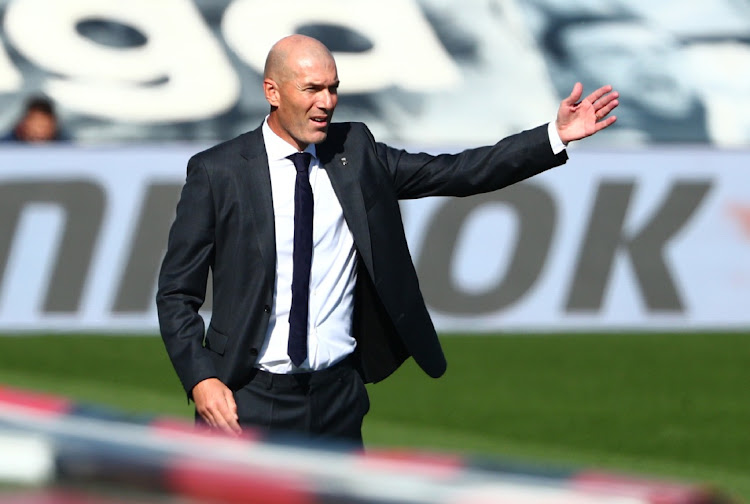 Madrid — Real Madrid coach Zinedine Zidane badly needs a win from a tough trip to Sevilla on Saturday to revive the La Liga champions’ fortunes as they sit in an undignified fourth position.

Local media say the Frenchman has just two games to save his job after Real lost three of their last five in all competitions, and are seven points off top spot in their campaign to retain the Spanish title.

Zidane was defiant after the latest setback: a 2-0 Champions League defeat by Shakhtar Donetsk on Tuesday. “I will not resign ... We’ve had tricky times in the past, and there will always be difficult times. It’s a bad series of results, that’s the truth, but we have to continue,” he said. “I have the strength to continue and I’ll give my all and so will the players.”

Real’s defence has looked vulnerable, especially without captain Sergio Ramos, who remains a doubt for the Saturday afternoon visit to his boyhood club with a hamstring issue.

Fullbacks Dani Carvajal and Alvaro Odriozola are also likely to be missing, as will midfielder Federico Valverde and forwards Eden Hazard and Luka Jovic.

The irony of the situation will not be lost on Sevilla boss Julen Lopetegui, who was sacked by Real and replaced by Zidane in October 2019. Sevilla are one point behind Real in fifth position with a game in hand.

Atletico Madrid, the division’s only unbeaten side, could temporarily top the table when they host Valladolid on Saturday evening. Diego Simeone’s side sit two points behind Real Sociedad though they have played two fewer games.

Atletico forward Luis Suarez may be available if he returns a negative test after self-isolating for Covid-19, but strike partner Diego Costa is definitely absent with deep vein thrombosis.

Barcelona, who like perennial rivals Real are struggling, visit surprise package Cadiz on Saturday night. The newly promoted outfit, who sit one place above the Catalans in sixth, have already beaten Real this season.

Bale could stay at Spurs beyond loan spell

Bale could stay at Spurs beyond loan spell