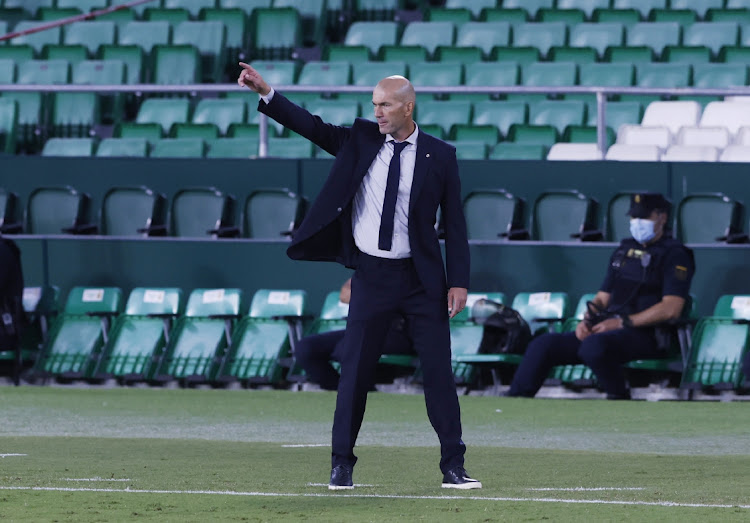 Madrid — Real Madrid coach Zinedine Zidane has no interest in bringing in any more players before the transfer window closes next week, he says.

Madrid still looked like a work in progress in Saturday’s scrappy 3-2 win over Real Betis after drawing their first game of the season 0-0 at Real Sociedad, but the Frenchman does not believe adding to his squad is the answer.

“We already have a lot of players, why would we want to add any more?,” he told a news conference ahead of Wednesday’s home game against Real Valladolid.

“It is already very difficult to pick a team, because all the players are very good. The market is open until October 5 but I’m happy with what I have. This squad is mine and for me they are the best.”

Zidane will be without Germany midfielder Toni Kroos against Valladolid and Sunday’s trip to Levante, but he said Eden Hazard was getting closer to returning to action.

There have been questions about Hazard’s weight, but Zidane dismissed any suggestions the Belgian forward had an unprofessional attitude, putting his lack of impact at Real after his €100m move in 2019 down to two ankle injuries.

“I don’t think he’s unprofessional, he’s just had a big problem which has been bothering him for a long time. What we want is for him to not feel any discomfort again, so we need to wait,” he added.

“It’s a long season and he wants to be back on the pitch with his teammates so he can play well and help us out. He’s getting close, he’s training regularly with us and getting into shape and getting ready to come back.”

Due to renovation work on their Santiago Bernabeu stadium, Madrid are continuing to play home matches at their training ground, where they won all six matches at the end of last season. Reuters

Sensational Fati shows there is life after Messi