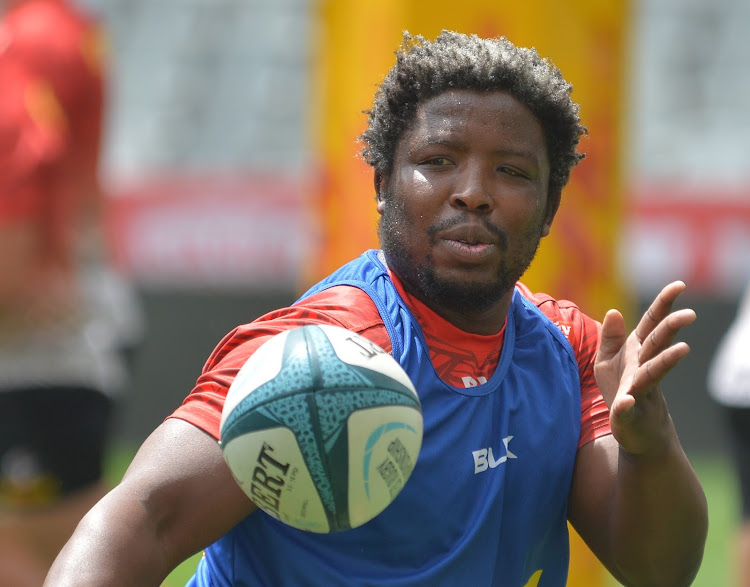 Despite their lofty log position the Stormers, with the knockout stages of the United Rugby Championship (URC) looming large, have a few key areas in which they will seek improvement.

One of those is the line-out and matters were complicated with the news that Springbok hooker Scarra Ntubeni has been sidelined with an Achilles injury. The Stormers have been thin in that area with Andre-Hugo Venter and Chad Solomon both still on the mend but they have a stopgap solution in Wilmar Arnoldi joining on a loan agreement from the Cheetahs.

Venter and Solomon are both a week away from training, leaving JJ Kotze the only fit hooker in the squad ahead of Saturday’s crunch clash against Leinster.

Though their line-out needs tidying up, it is Arnoldi’s scrummaging that has gripped the Stormers coaching group with anticipation. Assistant coach Dawie Snyman ran the rule over Arnoldi.

“We want to play in a certain way and a lot of people see the offloads and the space that we create and it starts from somewhere, so his main priority will be to get the set-piece right,” said Snyman. “He will be working with Frans [Malherbe] and others in terms of scrumming and the line-outs will also be a vital part of the game. We will probably let him focus on that for the week and just get a bit of understanding on how we play.

“We know he is quite a tough player and he is good on the ground. He can steal the ball and he is quite a good defender. Set-piece wise he is spot on. He has got a great throw and is a good scrummaging hooker.”

The Stormers do of course have flank Deon Fourie as an option to fill the hooking berth, but such has been his impact in the loose trio, that moving him would be taking away from their strengths.

“Deon’s versatility is great and he is doing great for us at loose forward. It’s probably why we also got Wilmar in so that Deon covers that position for us this weekend.

“But he still needs to be there [at hooker] as a backup. I didn’t see him throw in today, but hopefully we can keep Deon focusing on No 6.”

The Stormers are on a hot streak and victory over table-topping Leinster on Saturday will not just boost their prospects of winning the SA conference but keep alive their outside chance of finishing above the much-decorated Irish team.