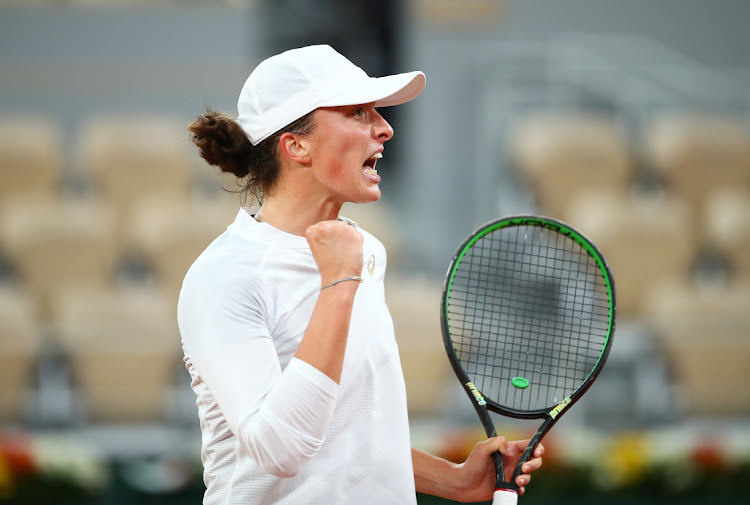 Swiatek, who will be the new world No 1 on Monday, beat four-time Grand Slam champion Osaka 6-4 6-0.

The 2020 French Open champion did not drop a set in Miami and has now won 17 consecutive matches dating back to her championship run at the Qatar Open in February.

The 20-year-old is only the fourth woman to win the Indian Wells and Miami tournaments consecutively, a feat known as the “Sunshine Double” given the tournaments’ respective locations in California and Florida.

“I just feel really satisfied and fulfilled and proud of myself,” Swiatek told reporters. “I feel like I have got to celebrate because I don’t know how long I can keep up with this streak.”

Swiatek is the first player to win 17 consecutive matches on hard courts in a single calendar year since Serena Williams won 20 straight hard-court matches between the Australian Open and Toronto in 2015.

“I really used that streak to have more confidence, and also the ranking,” said Swiatek, who will go top of the rankings following Ash Barty’s retirement.

“I learnt a lot about myself, that I can keep going, and really I don’t need to feel like 100% on points to win matches against great players. I can trust myself a little bit more.”

Swiatek, the first woman to win the opening three WTA 1000 tournaments in a season, later announced that she had withdrawn from next week’s clay court Charleston Open.

“I’m very sorry to withdraw from Charleston but after a marathon of three tournaments where I played in the finals, I’ve got a harmless injury of my arm that I need to rest,” she said in a statement released by organisers of the WTA 500 event.