ANC clarifies step aside rule for members on criminal charges 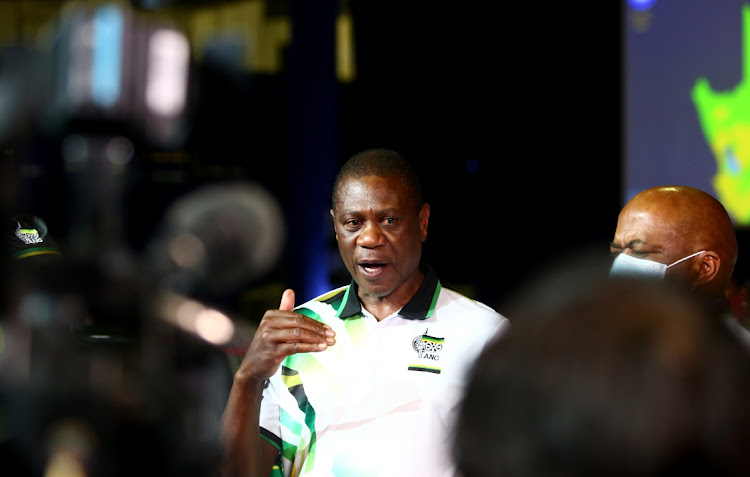 The ANC has formulated a document that outlines how and in what circumstances its members affected by the “step-aside rule” can participate in party activities.

Titled “Terms and conditions”, the document makes official a decision that members indicted in a court of law cannot stand for election in any leadership position in the party.

It stipulates that those charged in a court of law cannot hold government positions as ministers, deputy ministers, MECs or MMCs.

They may also not hold positions of responsibility in the legislative sector as speaker of the National Assembly, deputy speaker, chair of a portfolio committee or party whip.

However, the document says ordinary public representatives affected by the step-aside rule would be allowed to attend and vote in sittings of councils, parliament and its oversight committee meetings.

But their participation would be limited to mere attendance and voting as they would not be allowed to speak on behalf of the ANC during such sittings.

The document says elected office bearers and public representatives affected by the step aside rule would be entitled to their full remuneration either by the party, legislatures or government.

This is contained in a document, seen by TimesLIVE, sent out by ANC treasurer-general Paul Mashatile last week to provincial and regional structures.

This latest development means newly elected eThekwini regional chair Zandile Gumede, who is charged with corruption, can continue in her role as a member of the KZN provincial legislature though her participation will be limited.

She and others affected by the step-aside rule, such as ANC Mpumalanga treasurer Mandla Msibi, who has been charged with murder, and corruption-accused suspended secretary-general Ace Magashule, can still draw salaries from the party and legislatures.

TimesLIVE reported last week that attempts to have both Gumede and Msibi resign from their newly elected party positions were thwarted in an ANC national working committee meeting.

It was discussed in that meeting whether the amended step-aside rules which prohibited indicted members from standing for positions should be applied retrospectively.

Senior party members who attended the meeting, however, said this was rejected, and means Gumede and Msibi can keep their jobs for now.

The document says the cases of those affected by the rule must be reviewed every six months to determine progress.

The document is part of an attempt by the party’s highest structure between conferences, the national executive committee, to provide clarity on questions around what those affected by the step-aside rule can and cannot do.

“The ANC constitution and the guidelines and procedures adopted by the NEC must be applied fairly, comprehensively, consistently, without fear or favour,” the document reads.

“This requires some degree of consistency and uniformity in the setting of terms and conditions on which members, elected office bearers and public representatives step aside voluntarily or are suspended in terms of rule 25.70.”

It says the proposals are not “rigid rules” but are “guidelines aimed at promoting consistency”.

According to its own analysis the party must act decisively on corruption, ill-discipline and misconduct to regain support
Politics
1 month ago