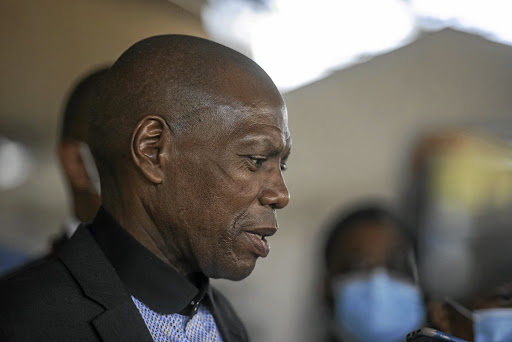 President Cyril Ramaphosa is cruising to a second term as head of the ANC.

But choosing a running mate, filling the rest of the top six positions and keeping key constituents happy may be more challenging.

His allies have swept up votes in recent battles in the Northern Cape, Mpumalanga and the Eastern Cape, the provinces that have held provincial elections so far.

Gauteng and KwaZulu-Natal should be next. Gauteng is complex and KZN downright complicated — and that’s Ramaphosa’s biggest headache. KZN will send the biggest voting delegation to the policy conference in June or July, and to the elective conference in December.

This is the home province of former health minister Zweli Mkhize, probably the only serious candidate against Ramaphosa right now — but he has absolutely no chance. He is a dead man walking, as they say.

He has struggled to build a solid campaign for a decade now, even in KZN. He ran a meek campaign five years ago and failed to get a single province to nominate him.

Instead, KZN chose Nkosazana Dlamini Zuma as its official candidate in 2017 — and Ramaphosa got serious votes from that province in the hotly contested battle.

Mkhize was chair of the ANC in KZN until he was promoted to the national role of party treasurer-general in December 2012. This was the beginning of the trend where provincial barons were moved into the ANC national leadership. Five years later, two other provincial kingpins, David Mabuza and Ace Magashule, became the ANC’s second- and third-in-command.

The trio have struggled to assert themselves in national politics, and their provincial bases have withered.

Zuma is still seen as the mythical godfather of this camp, and therefore would need to endorse Mkhize

The Mkhize of 2022 is not the Mkhize of 2012. Back then, he could act as an influential figure, to whom the likes of Jacob Zuma could listen.

But in 2022, he is facing corruption allegations and the likelihood of being criminally charged. Should he be charged, Mkhize would effectively not qualify to stand for any ANC role due to the “step aside” rule.

That would not necessarily be all bad for him, because he could then present himself as a victim, as Zuma did 15 years ago. He could then rally all the controversial figures in the ANC and accuse Ramaphosa et al of using state resources to silence political opponents.

Mkhize’s potential votes would likely come from the radical economic transformation group, effectively the remnants of the Zuma’s former camp.

But here is the problem: Zuma is still seen as the mythical godfather of this camp, and therefore would need to endorse Mkhize in private or in public or both. But this camp would know that Mkhize’s likely arrest would put paid to any chance of him standing because the “step aside” rule would kick in, disqualifying the former health minister.

The rules are interpreted by the majority, and right now the Ramaphosa camp is in charge of the national executive committee, the highest decision-making body between conferences.

The Mkhize camp would succeed, in the case of his arrest, only if it whipped up strong enough support ahead of the December elective conference so that the rule can be expunged there. But that is unlikely to happen.

So, the top job is Ramaphosa’s.

Will the ANC step up on step-aside rule?

The reality of the mammoth task ahead of him was palpable in his state of the nation address, in both its content and delivery
Opinion
4 months ago

The ruling party has long been plagued with the issue of graft. It’s become a systemic problem
Features
2 months ago
Next Article