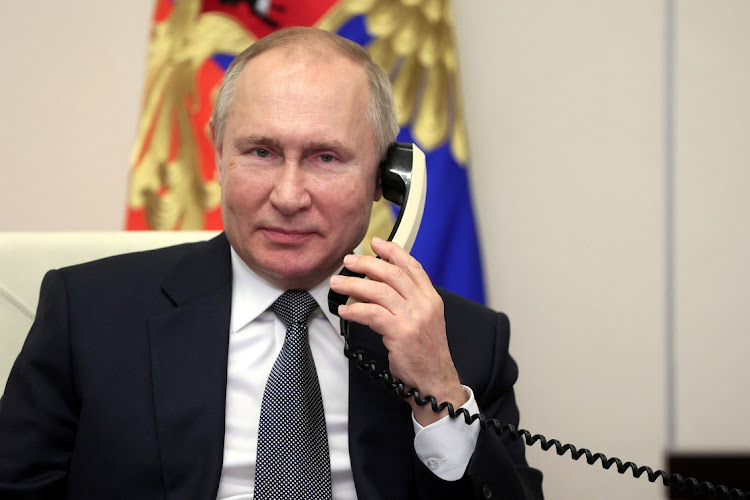 Russian President Vladimir Putin’s Sakerson-like chain is longer than those in the bear pits of Elizabethan England. Muttering, “I cannot fly but bear-like I must fight the course”, it is he who  baits the western mastiffs. Which of these inexperienced hounds will be skewered on his claws and thrown broken-backed over the spectators? The world waits.

If the second Nord Stream 2 pipeline was “registered” (the first wasn’t a problem) then Russia’s borderland (that’s what Ukraine means) could be dealt with at leisure and the Donbas  wound cauterised. EU, Nato and US machinations, together with the newly green-tinged German government, don’t want this to happen.

Continuing sky-high gas prices and a cold winter may force a U-turn, but the prevailing geopolitics will resist. Can the bear ever have peace from the snapping dogs of economic sanction?

If Ukraine must be taken by force, why not also slam the Suwalki gap closed between Russia’s Kaliningrad enclave and Belarus,  the better to swallow the Baltic states before a weak US president even wipes his eyes?

Could US-manufactured  Javelin antitank missiles destroy  Russian tanks in the same way as Charlie Wilson’s stingers demolished the Russian air force in Afghanistan? Unlikely, in that Ukraine bought less than  400 of them, each missile, excluding launcher, costing about R2.6m. Then again, would Ukraine’s nationalism turn it into another Chechnyan bloodbath?  Putin’s bitter experience there and his KGB background will make sure it won’t.

Maybe Putin is waiting until Xi Jinping imposes his expected Taiwanese blockade, exposing President Joe Biden to multiples of the pressure imposed by the Afghanistan withdrawal? Or perhaps it’s all down to the weather. A really cold snap could force the gas to flow through Nord Stream 2. If it didn’t, then the Ukrainian ground would be hard enough to allow a blitzkrieg  advance.

Russia faces massive consequences and severe costs if President Vladimir Putin attacks Ukraine, the Group of Seven warned in a statement on Sunday.
World
1 month ago