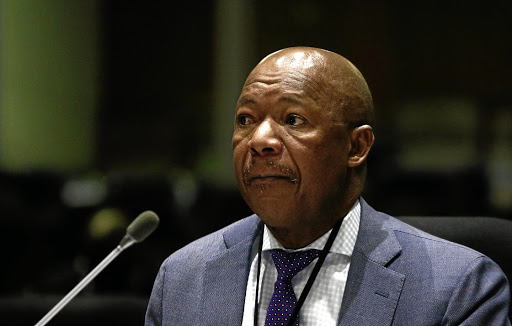 I was utterly dismayed by the misinformation, conjecture and pure fallacies contained in your editorial on the Public Investment Corporation (“PIC must come out of hiding”, May 25).

I wish to refute each of the spurious claims and insinuations made against me and the entity I loyally served for 15 years.

The second paragraph ends with a reference to “the Mpati commission into governance failures during former CEO Dan Matjila’s reign”. When I left the PIC the corporation’s asset base had grown from R461bn in 2005 to more than R2-trillion in 2018. The assets of the Government Employees Pension Fund increased to more than R1.8-trillion, and its funding level has fluctuated between 103% and 128%, way above the threshold of 90% that would require the government to intercede.

The Unemployment Insurance Fund also enjoyed exceptional growth, growing from R9.9bn to R155bn and making it possible for the government to implement the Temporary Employer Relief Scheme in response to the Covid-19 pandemic.

This performance can be attributed to good governance, a robust investment process, an efficient organisational structure (fit for purpose), high-quality personnel (properly incentivised, with no interference from the shareholder) and visionary leadership. More than 97.5% of the portfolio performed admirably. This is in contrast to Business Day’s claim that the PIC was dysfunctional.

The Mpati commission’s narrow focus using a sample of transactions representing less than 2.5% of the PIC’s portfolio was grossly unfair when the remainder of the portfolio performed extraordinarily well.

The replacement of messieurs [Pravin] Gordhan and [Mcebisi] Jonas in March 2017 by messieurs [Malusi] Gigaba and [Sfiso] Buthelezi put the PIC under the spotlight. Some politicians, trade unions and other stakeholders demanded representation on the PIC board, their big concern being the safety of assets managed by the PIC. Division and instability soon became the dominant feature of the PIC board. The appointment of Mondli Gungebele as PIC chair further worsened an already fraught situation.

Sinister forces (including one James Nogu, apparently a whistle-blower), took advantage of the situation and purposely engaged in nefarious practices. In what I believe to be a co-ordinated disinformation campaign, a litany of abject lies was peddled to the media, and these actions have damaged my reputation and brought the PIC into disrepute.

The Mpati commission never conducted a public hearing on the PIC’s organisational structure, which deprived the public — especially contributing members of the funds — of an opportunity to assess the efficacy of the structure that was in place. Instead, private workshops were held with some — asset management companies, asset consultants, actuaries and former politicians in attendance. I believe the organisational structure proposed by the commission is a regression back to the inefficiencies before the 2005 corporatisation.

Ayo is an investment holding company that raised capital to invest in a pipeline of targeted companies. It has more than R4.6bn of assets, according to the latest reported financial statements. The current share price is not a true reflection of the value of Ayo. The sad truth is that the adverse coverage Ayo has received in the press has led to the company’s share price becoming a self-fulfilling prophecy. The PIC has not sold its shares at these depressed prices. This makes the Business Day editorial’s assertion that the PIC has lost everything in Ayo entirely false, misleading and mischievous.

Monies held by the GEPF belong to its members and beneficiaries, and not the public. Like any other employer, the government is obliged to contribute its portion to the GEPF. That the GEPF is a defined benefit fund underwritten by the government does not make  it an asset of the government. The board of trustees is responsible for running the affairs of the GEPF on behalf of its beneficiaries.

PIC clients have allocated a limited portion of their funds to invest in unlisted assets exposed to the local economy. Their poor performance reflects low economy growth. During times of economic hardship companies look to shareholders for assistance. According to a Daily Maverick article of October 4 titled “SA firms are hungry for cash”, SA investors contributed as much as R50bn to support ailing companies on the JSE.

The PIC has participated in the bailouts of distressed companies such as African Bank, Lonmin and Sibanye, and in June 2019 it pumped R2.7bn into Edcon, bailing it out of imminent demise and saving thousands of jobs. Poorly run state-owned companies have repeatedly been bailed out by the government — the shareholder — supported by the PIC through the purchase of SOC bonds. So, why is the PIC being challenged for assisting struggling unlisted black companies due to economic forces beyond their control?

The editorial questioned whether the PIC had recovered monies owed to it by Sekunjalo Independent Media through liquidation.  Independent Media has performed in line with other media houses the PIC is invested in. Should the PIC have applied to liquidate all of the underperforming (media) companies?

Other assertions made in the editorial concerned certain executives who it is alleged I coerced and overruled to approve questionable transactions. I challenge Business Day to produce hard evidence.

The big picture of the PIC’s hugely successful performance over the 15 years I served have been conveniently ignored. Instead, minor infractions have been allowed to drive the false narrative that the PIC was corrupt. This entire episode is a grave injustice perpetrated without a shred of concrete evidence.