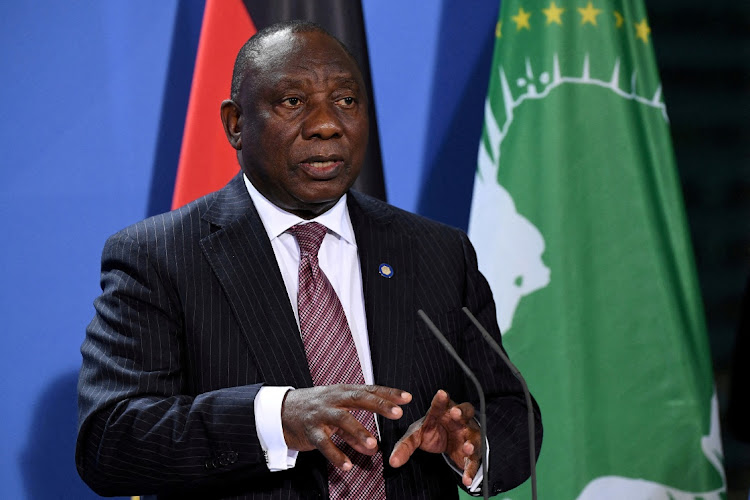 As 2021 ended the good news was that the Omicron variant wasn’t as severe as its predecessors and SA could lighten up, not tighten up on lockdown restrictions. But as the economy restarts after the holiday season, SA again faces a scenario of weak growth and downside risk.

Policymakers will have to make hard choices if they seek to lift the growth rate but at the same time cushion the economy from the risks.

By the end of the year it was clear that the economy would not bounce back as fast as buoyant midyear estimates had suggested, with SA’s prospects badly damaged by July’s unrest and by load-shedding. Expectations are that the economy will post respectable growth in the fourth quarter, but that won’t be enough to counter the third quarter’s shock 1.5% contraction.

Nor is full-year growth for 2021 likely to come in anything close enough to offset 2020’s steep decline. But if it achieves the 5.2% the Reserve Bank forecasts, or even the 4.7% Fitch Ratings and others such as Absa see, that will still be the highest growth rate in more than a dozen years. And sadly, that’s as good as it gets, also coming off a low base after a contraction in 2020 that was the biggest in a century.

Growth into the next couple of years is expected to slide back to 2% or less. Unlike most other emerging markets, SA is not set to undo the pandemic’s economic damage anytime soon.

That has dire consequences for unemployment and living standards. On the positive side, it does mean that SA’s inflation rate is not spinning out of control as it is in many emerging and advanced markets. Average inflation climbed to 4.5% in 2021, from 3.3% in 2020. But a weak economy and weak demand are expected to keep it at about the 4.5% midpoint of the Reserve Bank’s target range over the next couple of years, despite global inflationary pressures, high global oil prices and a depreciating rand.

But with the US Federal Reserve now making it clear it plans to cut back on monetary stimulus much faster than expected, financial conditions are tightening globally — and emerging markets, including SA, could feel the pain. SA finds itself in a bit of a vice, facing the risk that its currency could weaken further and faster than expected and its cost of borrowing rise more sharply, putting pressure on the Bank to raise rates even though the economy is weak and inflation within range.

The Bank may not hike as much as the market expects, but it has already embarked on the hiking cycle. This year will see further rate rises.

That means the economy cannot hope for much help from monetary policy. In theory it won’t be getting much from fiscal policy either. Fiscal policymakers also need to pay attention to an unfriendly global environment, which could make it harder and more expensive for the government to borrow, especially since its debt level is already unsustainable.

Finance minister Enoch Godongwana impressed markets in November with a tight medium-term budget and promises to stabilise the public debt. But President Cyril Ramaphosa has already signalled in his January 8 address to the ANC that he will be leaning on Godongwana to up the spending on social grants, or a basic income grant. The minister will struggle too to keep public sector wages under control as the budget envisages. So fiscal policy may end up a bit more growth-friendly — while it risks making SA even more vulnerable to volatile global markets.

The government could make the country a lot less vulnerable by hastening the economic reform process. There was encouraging progress on the reform front in 2021, with important announcements in areas such as electricity, ports and broadband spectrum. But those announcements have yet to translate into action by the government, action that would open the way for the private sector to invest.

That has to be this year’s first order of business — along with speeding up the vaccine drive to ensure that the next Covid-19 variant doesn’t shut the economy.

While the court ruling on Zuma’s parole has been hailed as a constitutional victory, it also comes with fear and loathing
Opinion
6 months ago

On November 18, it hiked the repo rate, but would it have done so a week later, when Omicron became a reality?
Opinion
6 months ago

EDITORIAL: Nedlac perks up — pity the state is so lax

BHEKI NTSHALINTSHALI: Ideologues do the jobless a disservice by turning ...

BHEKI NTSHALINTSHALI: Ideologues do the jobless a disservice by turning ...