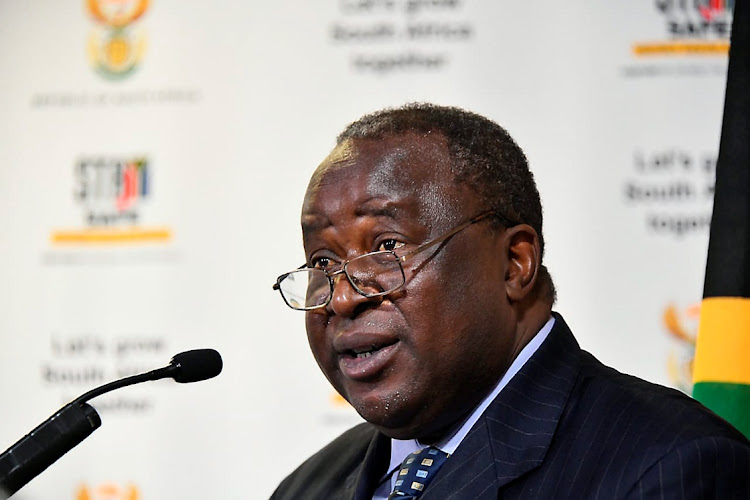 On the face of it, the Treasury’s proposal to cut the corporate income tax rate by one percentage point to 27% sounds like just what the doctor ordered to attract private sector investments and lift their economy that had been stuck in the downward spiral even before the pandemic-induced downturn.

Finance minister Tito Mboweni on Wednesday put forward a range of tax reform ideas, the stand out of which is the recommendation that the rate of tax on companies should be reduced from 28% to 27% with effect from April 2022.

For President Cyril Ramaphosa, under pressure to make good on promises to lift the economy out of more than decade-long slump that has led to record unemployment rate and growing public frustration, the tax rate cut — which would be the first since 2008 — will hopefully put SA on investors’ radar screens.

In his state of nation address earlier this month, the president said his drive to enlist the private sector to lead the economic recovery has secured more than R770bn in investment pledges from companies both at home and abroad, almost three quarters of his five-year target of R1.2-trillion.

But many of those promises are yet to translate into projects that could make a meaningful dent in the unemployment rate,  which set another unwanted record of 32.5% during the fourth quarter of 2020, or pick up the slack on the expenditure side of the economy as both the government and consumers are cash-strapped and choking in debt.

Just more than a fifth of the investment pledges has actually flowed into actual projects, including a R16.8bn package from the US auto giant Ford, which is pumping the money into its Pretoria factory for the launch of a new pickup and helping suppliers install new technology and equipment to make parts for the new Ranger model.

In fact, the latest official data gross capital formation — which shows inventory replacement and spending on fixed assets such as buildings and machinery by the private sector — rose by just 26.5% on a quarterly basis after a huge drop of almost 60% in the second quarter.

According to the World Bank, domestic capital spending has barely changed since the late 1980s, languishing  at about 20% of GDP. In comparison, emerging countries in East Asia have seen a steady increase in investment over the same period from 25% of GDP to almost 40%.

The president would like to see more companies turning their pledges into actual projects, and so are we. Alongside addressing well-documented constraints to economic growth such as policy uncertainty, corruption and floundering state-owned entities,  overhauling the corporate tax policy is one the biggest levers he can pull to give SA’s credentials as an investor-friendly emerging market a shot in the arm.

In theory, cutting taxes for companies should free up money for investments in factories, inventory replacements and office blocks. However, to make up for revenue lost in the one-percentage cut, or achieve a “revenue-neutral”  corporate tax form, the Treasury is considering limiting deductions on net operating losses and interest expenses.

Under the current tax regime, interest payments on company borrowings is tax deductible because it is treated as an ordinary and necessary business expense.

Crucially, the law allows companies to claim refunds on net operating losses. For example, if a company makes a R100 loss in one tax year, swings to a R10 profit the following year, it can carry that loss forward and submit the next tax return as a R90 loss and not pay tax.

It’s unclear how the limitation on the so-called assessed losses is going to look like but it could have unintended consequences crippling companies in industries such as aviation and tourism, which are expected to take years to return to pre-Covid trading levels. Furthermore, it could discourage entrepreneurs from starting new companies, which tend to suffer deep initial losses that take years to recoup.

While corporate tax cuts are a step in the right direction, we are fearful that proposals to pay for them could have ripple effects that can lead to unintended outcomes.