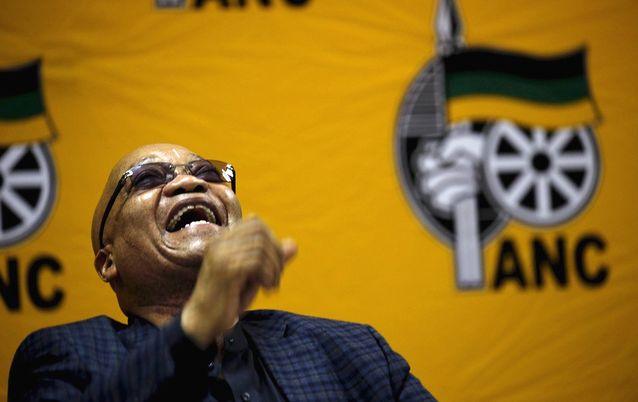 As far as purveyors of conspiracy theories go, former president Jacob Zuma is right up there with the best of them. He may even outdo Donald Trump.

“No politician in history, and I say this with great surety, has been treated worse or more unfairly,” the then US president said in 2017. It’s possible that Trump forgot to put “US” before history. So Zuma may well still be the ultimate martyr. He likes to see himself as a liberation hero who has been unfairly targeted for pushing for “radical economic transformation”.

That claim has always had a dubious ring to it. One just needs to look at the numbers during his time as head of state, with virtually no growth and a jump in unemployment. According to Zuma, the judicial commission of inquiry that he himself established is part of this same agenda.

It is not about getting the truth, he says, as to whether state capture took place, as alleged by multiple witnesses, including former cabinet ministers — deputy chief justice Raymond Zondo is simply out to get him. And now even the Constitutional Court is part of this sinister plan. Its order that he appears at the commission and answers questions suspended his “constitutional rights” and rendered him “defenceless against the commission”.

He brought up a case from almost six decades ago when the apartheid government amended the law specifically to target then PAC leader Robert Sobukwe. “The parallels are too similar to ignore,” the former president said.

Zuma’s attempt to liken himself to Sobukwe is a disgrace, not least because it’s simply not true to say that his rights have been suspended. He is not the accused in a criminal trial and he has no right to remain silent. The apex court itself has said he does, however, have the privilege not to incriminate himself, which would ensure that there is a way for him not to answer questions.

It is not his commitment to radical economic transformation, which objectively speaking he failed to achieve during his presidency, that is being questioned. It is whether he gave up constitutional powers to appoint cabinet ministers to a private family, his friends the Guptas. He is called upon to answer questions about a state security agency which was allegedly so abused for political ends that parallel structures were created to benefit him, and to answer allegations that he received cash from that same agency and from Bosasa.

In the more than two years of the commission’s life Zuma has already been implicated by more than 30 witnesses, and that was even before allegations relating to the spy agency were flung into the public sphere last week.

When one whittles down the dangerous rhetoric, which includes the claim that the judiciary up to the level of the apex court is politicised, it’s clear that Zuma would rather face criminal charges than answer questions. His response is not out of character and makes complete sense.

It is, after all, much simpler to once again just get stuck in the justice system facing contempt of court proceedings, or to be charged under the Commissions Act, than having to provide answers to the questions raised by witnesses at the commission.

It’s much easier to shout persecution and to challenge the outcome of a commission on the basis that you had no say in it, than when you actually had a chance to give your side of the story about the role you are alleged to have played in a phenomenon that can only be seen as treasonous.

Zuma’s defiance may have put Zondo on the spot. The argument can be made that this is more true of the ANC. The party has to take action if its efforts to clean up its own image are to have any chance. If they don’t, the message to ordinary South Africans is that the law and doing what is right does not matter to it.