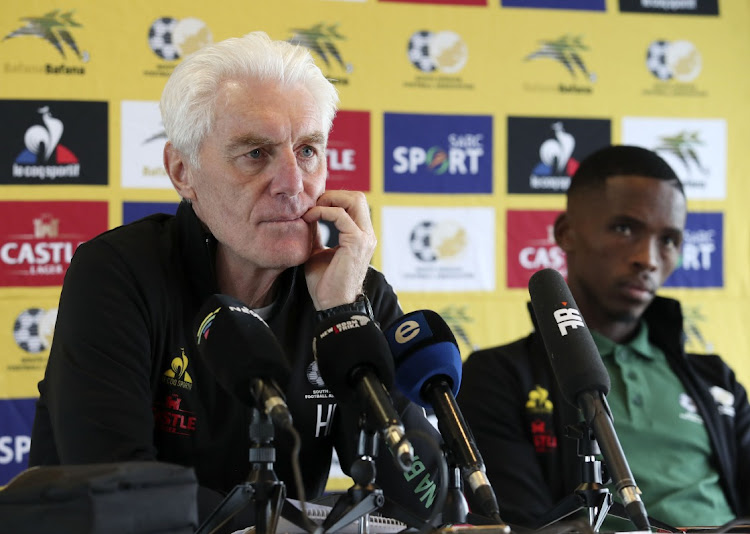 For a country as well equipped as SA in terms of footballing resources and infrastructure, especially since after the 2010 World Cup, our record over the past decade in terms of qualifying for the Africa Cup of Nations (Afcon) is inexcusable.

The plan and hope was always for the hosting of the World Cup — and it was a hugely successful exercise — to take the game in this country to another level, particularly given the world-class stadiums and training venues that were bequeathed by the event.

But back to Bafana’s serious decline as manifested by their inability to qualify for four of the past seven Afcon tournaments. And remember they were only involved in the 2013 tournament as hosts after the withdrawal of Libya’s hosting rights due to the political upheaval in the north African country at the time following the death of Muammar Gaddafi two years earlier.

Hugo Broos has been mandated to qualify the team for next year’s Nations Cup, which will be hosted by Ivory Coast. If truth be told, the continued suspension of Zimbabwe by Fifa for political interference in the running of that country’s FA has rolled a huge boulder out of Broos’s way.

Essentially Bafana only need to finish second in a three-team group that includes favourites Morocco and Liberia, who were placed at 149 in the world and at 46 (out of 54 nations) in Africa in the latest Fifa rankings issued in March.

To make things even easier for Bafana, they will play their away game against the Lone Stars of Liberia in Morocco because the main venues in their country have been declared unfit by the Confederation of African Football (Caf) to host international matches. So the sting provided by a passionate full-house home crowd and any potential skulduggery, so often huge levellers in African football, has been taken out of the away game against the West Africans.

With the top two qualifying for the 24-team Nations Cup, Broos and Bafana couldn’t have wished for an easier path to book their place at the 34th edition of Caf’s flagship event. Failure to qualify will be nothing short of a catastrophe.

Bafana start their qualification campaign with what should be their toughest assignment, a clash against World Cup-bound Morocco in Rabat on Thursday. A draw in that game would be a huge bonus; a win would be priceless for a team that was at the wrong end of a 5-0 humiliation at the hands of world champions France in their last outing.

Even if Bafana lose to the Atlas Lions it won’t be a disaster because Vahid Halilhodzic’s team are expected to beat Liberia when the two sides meet in Casablanca on Monday. So all that will be required of Bafana to qualify is to beat Liberia in their back-to-back games in September. It shouldn’t be too difficult and, frankly, if they can’t manage that, they don’t deserve to dine at the top table of African football.

Perhaps more disconcerting is the continued impasse between Broos and the PSL coaches. The 70-year-old former Belgium international has publicly voiced his frustration, on more than one occasion, over his inability to meet club coaches to discuss the form and workload of players, as well as to advance the cause of the national team.

This is unacceptable but not surprising given the frosty relationship that has prevailed between Safa and the PSL for several years. The lack of co-ordination and co-operation between clubs and the national coach has to be a major contributing factor in retarding the recovery and revitalisation of a seriously ailing Bafana Bafana.

Compare this to the alignment camps, local and in Europe, that the Springboks held in April and May in preparation for next month’s Test series against Wales and you get the picture of how far Bafana are off the pace in terms of planning.

Oh, and don’t even mention the scientific monitoring and developmental paths plotted for the junior national rugby players to take the next step up to senior provincial and international level.

There’s no doubt about the natural footballing talent that abounds in SA, but unfortunately we are miles off harnessing and nurturing it as we should be doing.

MOGAMAD ALLIE: Writing was on the wall for McCarthy after clash with Zungu over squad