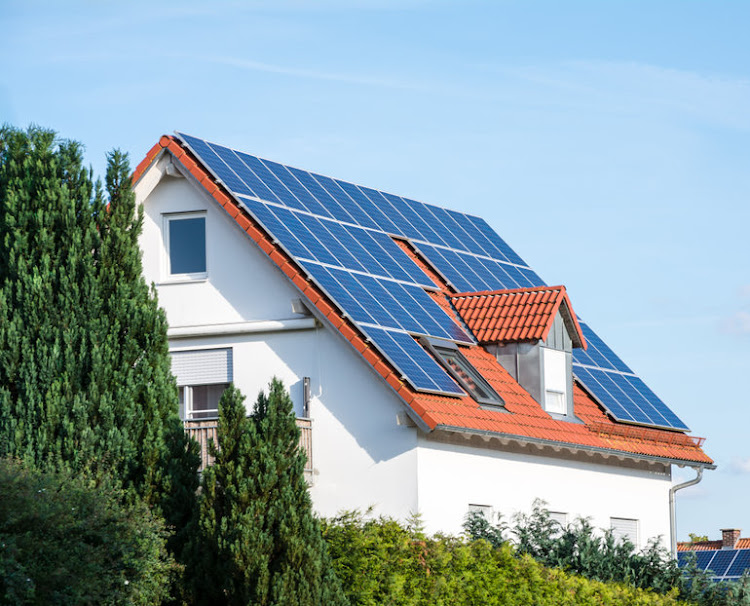 On the ground, workers load up vans before drivers fan out from the vast Washington parcel depot to make deliveries across the US capital. On the roof, 3,000 solar panels silently do their own job, feeding clean energy into the city’s power grid.

By taking advantage of a large, unused rooftop space in a dense urban area, developers of the nearly 1MW solar project on top of a FedEx building say it could serve as a model of smart land use as the US aims for 100% clean power generation by 2035.

Such rooftop setups are becoming more common in parts of the country as solar project developers and planning officials seek to reduce land competition and opposition from local residents, which complicated the early development of wind farms.

“Not developing new land is obviously a big [priority], and we’re always looking to do that,” said Mark Cooper, engineering director at Sol Systems, the project’s developer, standing among the shimmering sweep of high-efficiency panels.

“Even when we’re on the ground, we’re looking to recondition brownfield sites and similar places,” he said.

FedEx said the project, which was officially launched in May, could be a template for more of its large buildings across the country.

The package company, which has a goal of making its operations carbon-neutral by 2040, is also allocating credits to a local homelessness non-profit to offset their electricity bills.

Solar projects can have an enormous footprint — 1MW of solar power often requires 2ha-4ha of land, analysts said. That has fuelled new efforts to provide guidance on where solar farms should be located.

Some voluntary industry guidelines exist on the siting of wind turbines, which have been around longer, but there is nothing similar yet for solar, said Nathan Cummins, director of renewable energy programmes at the Nature Conservancy, a global non-profit.

“There’s a history of conflict with energy development,” he said. “Now solar is taking off in a big way, and we want to get ahead of it in a way we couldn’t with wind.”

The department of energy did not respond to requests for comment on plans for renewables siting guidance.

Last year, renewables made up about 12% of US electricity consumption, according to the US Energy Information Administration, though President Joe Biden has set a goal of creating a power sector that is carbon pollution-free by 2035.

Yet renewable energy projects frequently have run into siting conflicts, said Cummins, leading to delays and even cancellations.

He cited a series of wind projects planned over the past decade in Osage County, Oklahoma, near a reserve of some of the nation’s last remaining tallgrass prairie.

The prospect of towering wind turbines in the area sparked opposition over the potential effect on wildlife and riled local indigenous communities — disputes that reached the US Supreme Court in 2019.

“Many of those planned developments now are stalled, an example of what we don’t want to see,” Cummins said. “That type of capital could have been deployed in other areas that could have already been delivering green and clean energy.”

It maps land in 19 states, comprising three-quarters of renewables development potential, against 100 data sets that take into account critical habitats and bird migratory routes as well as the extent to which land has already been exploited.

PepsiCo — which is striving to become net-zero by 2040 — is among the major corporations already using the Site Renewables Right tool.

Much of the momentum in creating guidelines on where to locate green power projects stems from a 2020 report released by cloud computing company Salesforce, which last year succeeded in powering all of its operations through renewable energy.

Called “More Than A Megawatt”, the report played a key role in influencing project developers and sent an important signal to the market, said Megan Lorenzen, a senior sustainability manager at Salesforce who was one of the report’s authors.

“Not all renewable energy is created equal,” she said. “Some renewable energy projects displace more fossil fuels than others, some are built at the cost of critical habitats for plants and animals, and others provide invaluable support for their local community.”

A group called the Clean Energy Buyers Institute — affiliated with a group of major energy purchasers including Amazon, Google and the Walt Disney Company — announced an initiative in June to take up the report’s recommendations.

As more US companies outline plans to slash their emissions, best practice guidelines on renewables development are in hot demand.

He said that corporate buyers were increasingly looking beyond the cost of different green energy projects to consider factors such as their conservation impact, and whether their location might create risks for the initiatives.

“These types of concepts have only come into scope in the last 24 or even 12 months,” he added.

In November, Starsia, Cummins and others released a paper that sets out key principles for increased sustainability and equity in renewable projects.

It encourages those developing or procuring renewable energy to engage early on with communities near new projects and hire local workers, minimise wildlife disturbance and avoid forests, viable farmland and natural areas in general.

“We’re hoping to avoid the mistakes of the past,” Starsia said.

Woolworths to use electric delivery vehicles to cut emissions

Retailer rolls out 75 cars for its food delivery service in Durban, Johannesburg and Cape Town
Companies
2 months ago
Next Article