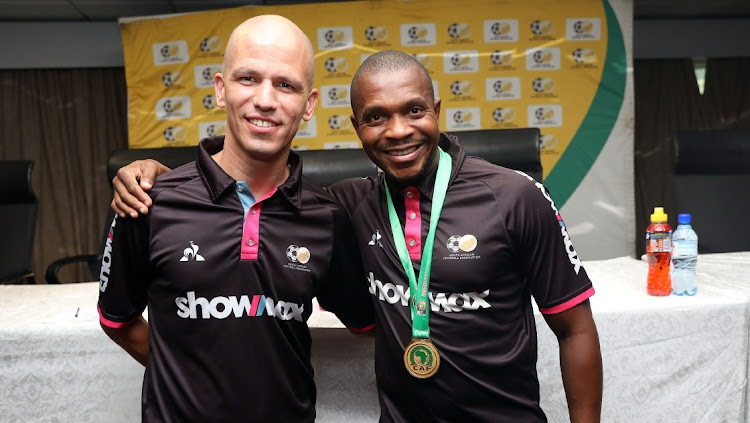 Even though Bafana Bafana won’t be in Qatar when the World Cup starts on November 21, SA will still be proudly represented at the 22nd edition of Fifa’s flagship event.

Unfortunately but not surprisingly, Bafana missed out, for a fourth consecutive time (remember they only played at the 2010 tournament due to SA hosting the tournament) on qualifying for the World Cup so local fans will have to adopt another country to support. Senegal anyone?

While the national team is faltering and still trying to figure out how to emerge from the ocean floor after hitting rock bottom, at least our match officials and administrators are ensuring the country has a presence of some significance at the first World Cup to be staged in the Middle East.

Referee Victor Gomes and Zakhele Siwela, a top-notch assistant, have been selected by Fifa along with Lesotho’s Souru Phatsoane, the third member of their “refereeing team”, to officiate at the World Cup.

The southern Africans are among 36 referees, 69 assistant referees and 24 video match officials who, according to football’s world governing body, “represent the highest level of refereeing worldwide”.

For so long the subject of scorn among players, coaches and the media, the 39-year-old Gomes has cocked a snoot at his detractors with a series of top-class performances that have been rewarded with a succession of high profile appointments in what is turning out to be an annus mirabilis for him.

Nicknamed “Penaldinho” for his previously pedantic and authoritarian approach to refereeing that saw him flashing cards and awarding penalties amid great controversy and anger, Gomes is now widely recognised as one of Africa’s best referees.

Confirmation of this came when he was appointed to handle the Africa Cup of Nations final between Senegal and Egypt in February. Gomes and his team earned widespread praise for their efficient and calm handling of a tense encounter as he famously put a moaning Mohamed Salah in his place by sarcastically offering him the whistle.

The two-time Premier Soccer League Referee of the Season has also been handed the responsibility of taking charge of next Monday’s potentially explosive Caf Champions League final between north African rivals Al Ahly of Egypt and Morocco’s Wydad Casablanca.

The appointment of Gomes and Siwela to the World Cup panel is another feather in the cap of SA referees who, despite constant and often valid criticisms about the standard of officiating in this country, have been regularly represented at the World Cup since the country’s readmission to Fifa in 1992.

The late Ian McCleod became the first referee from this country to take charge of a World Cup game when he officiated in the Spain vs Paraguay encounter at the 1998 tournament.

The former school principal was joined in France by assistant referees Ari Soldatos and Achmat Salie who had the distinction of running the line in the final between hosts France and Brazil when the late Said Belqola of Morocco became the first African to take charge of a World Cup final.

Jerome Damon and Enock Molefe were on the 2010 panel while Daniel Bennett made the cut for the 2014 World Cup but was forced to withdraw because of injury.

Gomes and Siwela will be joined in Qatar by Thulani Ngwenya, Safa’s chief medical officer, who has been entrusted with the responsibility of being the tournament’s official doping officer.

A member of the SA Sports Medicine Association as well as of the Caf and Fifa Medical Associations, Ngwenya’s appointment is another international nod to SA’s highly regarded sports medicine fraternity. Of course he also has a crucial role to play in overseeing the dope testing process that will once again come under close scrutiny especially given the sauna-like conditions in which the matches will be played.

Russell Paul, who spent a year as acting CEO of Safa between 2018 and 2019, has already been in Qatar since November 2019 when he took up the post of chief operations officer for the 2022 World Cup Organising Committee.

Paul is a highly experienced administrator having served as general co-ordinator on the 2010 Organising Committee that staged such a memorable World Cup in SA. His expertise was also summoned by the administrative teams that successfully delivered the 2014 and 2018 World Cups in Brazil and Russia.

So while Bafana Bafana will once again be absent from the pitch when the world’s top 32 teams battle it out for football’s biggest prize, at least SA fans can take solace from the fact that the country will have an important presence during the four-week duration of the World Cup.

Who knows, the southern African refereeing team of Gomes, Siwela and Phatsoane may even still be involved at the business end of the tournament if they are able to maintain the high standards they’ve already set this year.