MOGAMAD ALLIE: Writing was on the wall for McCarthy after clash with Zungu over squad 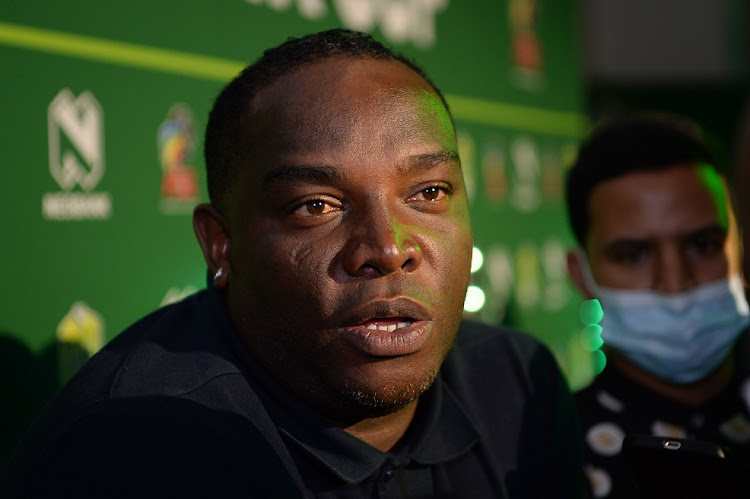 Benni McCarthy’s departure from AmaZulu after a successful 16-month stint seemed inevitable from the moment the coach publicly urged club boss Sandile Zungu to strengthen his squad. The owner in turn hinted strongly that the team’s results had to improve.

As it has never a healthy situation when the chair and coach don’t sing from the same hymn sheet, the “amicable parting of ways” didn’t come as a surprise.

With AmaZulu in ninth place on the table, still well-placed for a top eight finish, Zungu decided that McCarthy had run his race with the club and immediate change was needed to catapult the team up the log in the remaining two months of the season.

Without being privy to the dynamics of McCarthy’s relationship with the club’s hierarchy and the players there may well be more to his departure than a run of poor results in domestic competition in which the team has drawn 14 of its 23 league games.

Goal scoring, as is the case with most PSL teams and even Bafana Bafana, is a problem that continues to plague SA football. In AmaZulu’s case this season, they have managed to ripple the net only 20 times in 23 league games. Had they shown more composure and quality in front of goal, many of those draws could have been converted into victories.

Still, one can’t help but feel the club was too hasty in pulling the trigger on McCarthy who has already proven his quality as a coach during his stint with Cape Town City. During the 18 months he spent with the Citizens he delivered the MTN8 Cup as well as a creditable fifth-placed finish at the end of the 2017-18 season.

In many ways McCarthy, whose success in transforming the fortunes of AmaZulu, a club that had previously been associated with perennial relegation battles, made a rod for his own back.

Taking over the squad a few months into the 2020-21 season without the benefit of preseason preparations, the former Bafana Bafana striker performed a minor miracle by guiding Usuthu to an unprecedented runners-up spot in the table behind an imperious Mamelodi Sundowns who lifted the PSL title for a fourth successive time last season.

The KwaZulu-Natal side’s transformation was nothing short of miraculous. The previous season AmaZulu had finished in 13th place on 30 points, just one more than 15th placed Black Leopards who eventually managed to retain their top-flight status via the promotion/relegation playoffs.

Having an ambitious chair such as Zungu taking over the club in October 2020, six weeks before McCarthy’s arrival, helped hugely to accelerate the swift turnaround.

Of course it’s the players who ultimately have to deliver on the pitch, but it was McCarthy’s coaching and man-management abilities that had SA football followers rubbing their eyes in disbelief as AmaZulu picked up 54 points to secure a spot in this season’s Caf Champions League with their second-place finish.

Usuthu, who have been relegated four times in the PSL era, previously had a best log position of seventh that they achieved in the 2011-12 season under the Swede Roger Palmgren. It puts into perspective the magnitude of the job done by McCarthy.

Qualifying for this season’s Caf Champions League was always going to be a challenge for McCarthy. It meant his squad would be stretched by their travels across the continent and the additional workload presented by playing in Africa’s premier club competition.

Not only did they qualify for the Champions League, McCarthy’s side also went on to become only the fifth South African team to reach the group stage of the competition, joining a list that includes Orlando Pirates, Manning Rangers, Kaizer Chiefs and Mamelodi Sundowns.

To get to the group stages AmaZulu had to engineer a huge upset by eliminating five-time champions TP Mazembe of the Democratic Republic of the Congo in the second round.

SA football needs top-quality coaches such as McCarthy to help improve the standard of football. The 44-year-old, who has a Uefa pro licence, the highest coaching qualification in the game, will surely not be short of suitors in the PSL.

He has time on his side to grow into to top-class all-round operator. Perhaps he can use his time away from the game to work on the filter between his brain and mouth to ensure he steers away from off-field controversies that has clouded what has already been a successful coaching career.

McCarthy says AmaZulu must be more clinical after 13th draw

McCarthy says AmaZulu must be more clinical after 13th draw