Striker says at prematch news conference he will be leaving Liverpool 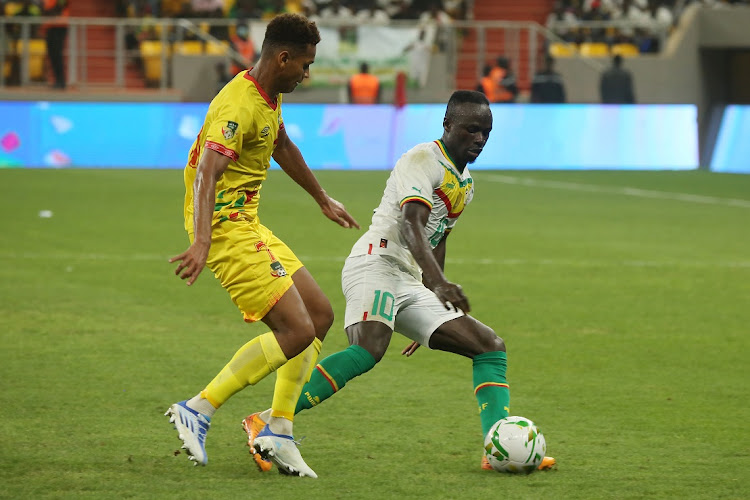 Sadio Mane of Senegal on the attack in the 2023 Africa Cup of Nations qualifying match against Benin at Stade Olympique de Diamniadio in Diamniadio, Senegal, May 5 2022. Picture: BACKPAGEPIX

Sadio Mane scored a hat-trick as Senegal made a successful start to the defence of their Africa Cup of Nations (Afcon) crown with a 3-1 home victory over Benin on Saturday in their first qualifier for the next finals in 2023.

Mane, whose club future is in doubt after he suggested to reporters on Friday he might be leaving Liverpool, netted two penalties in his hat-trick as Senegal made light work of their visitors in the Group L encounter.

Mali thrashed Congo 4-0 in Bamako in a winning debut for new coach Eric Sekou Chelle while Algeria, Gambia and Mauritania were also winners on a busy Saturday programme of qualifiers for the next finals in the Ivory Coast. Algeria won 2-0 at home against Uganda with a fortuitous goal off the chest of fullback Aissa Mandi that was followed by a mazy individual effort from Youcef Belaili for the second.

Mane had teased at the prematch news conference that he would be leaving Liverpool, added to growing speculation about a move away from Anfield, but put all of that behind him as he led Senegal to a comfortable win, made easier when Benin had Sessi D’Almeida sent off early in the second half. But the visitors did manage a late consolation from substitute Junior Olaitan.

El Bilal Toure scored twice for Mali, who narrowly missed out on World Cup qualification in March, as they took early command of Group G, joining Gambia on three points. Belgian-based Abdoulie Jallow scored the game’s only goal as Gambia, surprise quarterfinalists at the finals in Cameroon earlier in 2022, beat South Sudan 1-0 in the other group game.

Striker Aboubakar Kamara scored twice for Mauritania as they won 3-0 at home to Sudan in Group I. Namibia’s Peter Shalulile scored an early goal against Burundi but they gave up a late equaliser in a 1-1 draw while Tanzania took a first-minute lead away against Niger but also ended up sharing the points in a 1-1 draw.