How the acceleration in inflation is affecting insurance costs 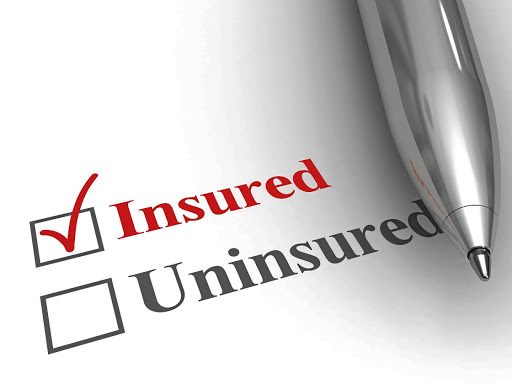 After the disruptive Covid-19 lockdowns of the past two years global supply chains have struggled to normalise, leading to a spike in the price of almost all goods. This sustained hyperinflation has resulted in dramatic increases in the price of many commodities, such as oil, wheat and other crops, and even computer chips, leading to inflation rates last seen several decades ago.

It is likely to persist for at least the next 12 months and is having a significant effect on the insurance industry. Already we are seeing a far higher inflationary figure than was expected (almost three times our worst-case scenario), and this is affecting the claims cost base, particularly in the motor portfolio. While we are working closely with our supplier base to mitigate these costs, we cannot offset all of them and unfortunately some must be passed on to the consumer in the form of premium increases.

Demand is increasing rapidly around the world after two years of Covid-19 restrictions. The sustained increase in inflation caused by the resumption of global economic activity after long lockdowns has sent demand, and subsequently prices of goods, higher.

Supply chain disruptions are being driven by port congestion, skyrocketing freight costs and the widely publicised semiconductor chip shortages. China’s strategy of hard lockdowns whenever the coronavirus is detected will also continue to influence the supply chain. At the time of writing Shanghai — a major manufacturing centre globally — is just emerging from a six-week lockdown.

We are also experiencing double-digit inflation numbers in the average cost of motor vehicle claims, mostly owing to the global semiconductor and microchip shortages, which have negatively affected the availability of new cars. In addition, the demand for used cars has exploded since the start of the pandemic, which is driving a reduction in depreciation of vehicles and leading to a higher replacement cost at claims stage. Disruptions in the global shipping and transport arrangements have pushed up the cost of vehicle parts and repairs.

Shipment costs across the globe have increased drastically, directly affecting costs of imported goods. A significant proportion of our costs relates to imported goods. There is also a huge shortage of containers, artificially increasing the supply challenge.

Of course, we cannot ignore the conflict in Ukraine that resulted from Russia’s invasion, which will continue to have a knock-on effect on inflation. For example, Ford has already said its plant in Poland has come under pressure due to part shortages. This has led to a halt in production. There is still lots of uncertainty on how this will play out. We have also noted a spike in geyser repair costs, amplified by an increased volume of geyser and accidental damage claims caused by load-shedding.

To combat the sudden spike in general prices, the Reserve Bank and other central banks across the globe have raised interest rates, further putting pressure on the consumers’ spending power.

These extraordinary circumstances mean it will cost more to provide the same level of cover, and policyholders can therefore expect above-inflation average renewal increases as the year progresses. Brokers are critical, especially in situations such as these where external factors could cause financial strain on customers. Insurers therefore rely heavily on their partners to continue educating customers that it becomes even more important to remain fully insured during tough financial times.

It is highly unlikely that we will have deflation once some of the supply chain issues are resolved over the next 18 months, but we hope we will return to a scenario with more normal claims inflation in the medium to long term.

• Abraham is CEO for retail at Old Mutual Insure.