GRAY MAGUIRE: Becker’s removal another nail in the coffin of nuclear transparency 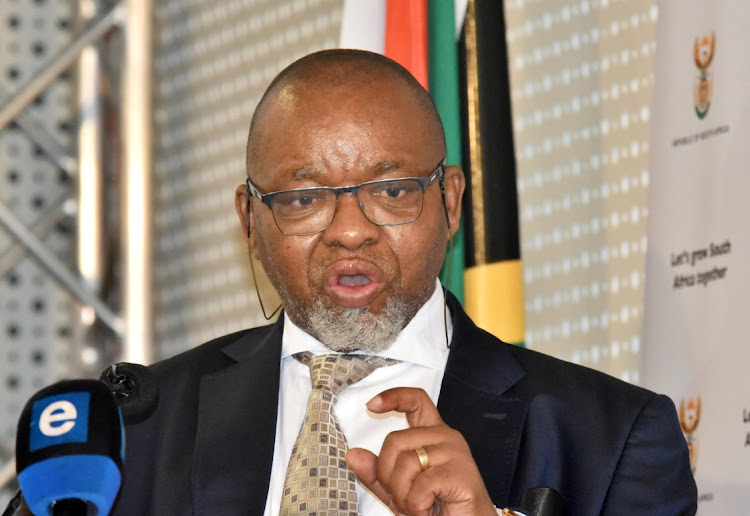 Last week’s announcement by mineral resources & energy minister Gwede Mantashe of the removal of civil society representative Peter Becker from the board of the National Nuclear Regulator should worry us all.

Anyone familiar with Dr David Fig’s seminal book Uranium Road will hardly be inclined to contest the long, murky history of nuclear power in SA. Yet despite the menacing threat the industry poses to life and wellbeing, the nuclear power industry continues to enjoy a protective shield of secrecy unparalleled in the energy sector.

While the National Energy Regulator of SA live-streams its hearings to the public, the National Nuclear Regulator holds its classified meetings behind closed doors. While renewable energy companies must waste years to force Eskom to sign legally enforceable ministerial power purchase agreements, Koeberg is powering ahead with a $1.2bn steam generator replacement project under the guise of “planned maintenance”.

To be clear, Eskom does not have a licence to extend the life of the Koeberg facility. So officially this money is, as of this moment, being spent to allow the facility to continue operating from the completion of the “maintenance” in February 2023 until the end of its licence in 2024.

In August 2021, I wrote about the highly suspect appointment of the US-based Jacobs engineering company to conduct said “maintenance”, and the dubiousness of the claim that international safety standards had even a remote chance of being achieved.

Now I learn that Becker has been removed from the National Nuclear Regulator just two days after energy modelling expert Clyde Mallinson submitted a techno-economic assessment to Eskom CEO André de Ruyter, in collaboration with Becker, of the financial feasibility of the proposed 20-year Koeberg life extension.

Certainly, Eskom is very clear regarding its position on the desirability of the life extension. In a stakeholder update on December 15 2021, De Ruyter stated that “this is probably one of the most lucrative projects, and most economic projects, in Eskom”, and that “as far as Eskom is concerned, life extension for Koeberg is a no-brainer”. However, what is good for Eskom is not necessarily good for the economy.

There appears to be some confusion about how long the replacement of the steam generators is supposed to take. Eskom has set a number of 155 days per reactor unit, whereas Jacobs, which actually has to do the work, estimates that the “overall project will take two years to complete”.

Even under the generous assumption that Eskom can get the work done in less than half the time the contractor anticipates, there are still some major flaws in the concept. With one reactor unit at a time down for at least 10 months, the current highly constrained system generation capacity (62% of Eskom’s total fleet) can ill-afford an additional 920MW of generation capacity not being online for most of 2022.

It is found in Mallinson’s report that given the generation capacity constraints, “Koeberg can play a far more important role of generating at maximum capacity until planned decommissioning in mid-2024, to buy additional time to mount a large, sustained [photovoltaic], wind and storage build programme, at multiples of the current [Integrated Resource Plan] 2019.

“The impact of the Koeberg extension, as well as the downtime required to prepare for the extension, could cost close to R50bn in maintenance and related expenses, increased need for expensive gas turbine usage, increased key customer supply curtailment, and increased load-shedding.

“Within the next decade, non-flexible generation from Koeberg, or any new nuclear plants, will be completely out of place, and not fit for purpose in a new photovoltaic, wind and storage, flexible generation supply system. In fact, when either of the two units at Koeberg require refuelling in this new generation architecture, they will need to be backed up by renewable resources and storage. This implies that they will be technically redundant.”

Lights to remain on despite rain and Koeberg shutdown

Energy regulator says it has received more than 10 inquiries from companies seeking to produce their own power and end or reduce their dependence on ...
Business
3 months ago
Next Article

What is at core of nuclear puzzle?

What is at core of nuclear puzzle?