NJABULO DUMA: Greylisting would have drastic effects on South Africans

Access to trade, finance and investment will be curtailed and the ease of business will suffer 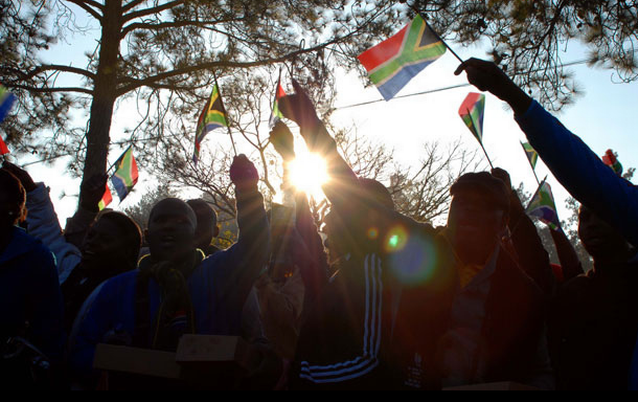 The probability of SA being greylisted by the Financial Action Task Force (FATF) in February should be of grave concern to ordinary South Africans, especially considering the other economic headwinds the country is facing and that SA could have avoided the situation.

The FATF, a global money laundering and terrorist financing watchdog that sets international standards to prevent illegal activities, released a Mutual Evaluation Report on October 7, which identified deficiencies in SA’s anti-money laundering, counter-financing of terrorism and counter-financing of proliferation (AML/CFT/CPF) regime. SA was required to address these deficiencies within 18 months and file a report by the end of October showing full remediation. Failure to do so to the satisfaction of the FATF is grounds for greylisting.

The FATF maintains two public lists of countries with weak AML/CFT regimes: “jurisdictions under increased monitoring” (called the greylist) that are actively working with the FATF to address strategic deficiencies in their regimes; and “high-risk jurisdictions subject to a call for action” (the blacklist) that are not actively engaging with FATF to address these deficiencies. There are only two countries on the blacklist: Iran and North Korea. The greylist contains about 23 countries, like Syria and Haiti.

The report’s assessment was based on 40 recommendations a country requires for a comprehensive AML/CFT/CPF framework. There are also 11 immediate outcomes, applied to assess the country’s effectiveness in implementing the AML/CFT/CPF measures. Compliance with each outcome is assessed as “substantial”, “moderate” or “low”. The table shows how SA performed.

The Treasury, which chairs an interdepartmental committee of AML/CFT/CPF that is overseeing and co-ordinating a comprehensive response plan in this regard, indicated that these weaknesses are relatively easy to address as they relate to changing laws and putting systems in place. From a risk mitigation standpoint, a scenario of assuming the worst when this event materialises remains a plausible course of action for both fiduciaries of clients’ monies and clients themselves.

There is reasonable anticipation for economic and non-economic effects to kick in (prior, during and after the announcement) when this event occurs. Market forces in this scenario generally assume an event of this nature feeds into the narrative of a failed state given everything happening in the country, that the country is pretty much at a point of no return from an AML/CFT/CPF fight standpoint, and that the exclusionary approach applied by the likes of the EU in respect of greylisted countries will have significant consequences for SA. These are reasonable assumptions and the direct impact on the pockets of ordinary South Africans should be enough cause for concern.

The fallout will affect:

WATCH: Greylisting has a black and white economic outcome

Transferring half of its borrowings could widen SA’s overall debt-to-GDP ratio by up to 2.5 percentage points
Economy
1 week ago
Next Article