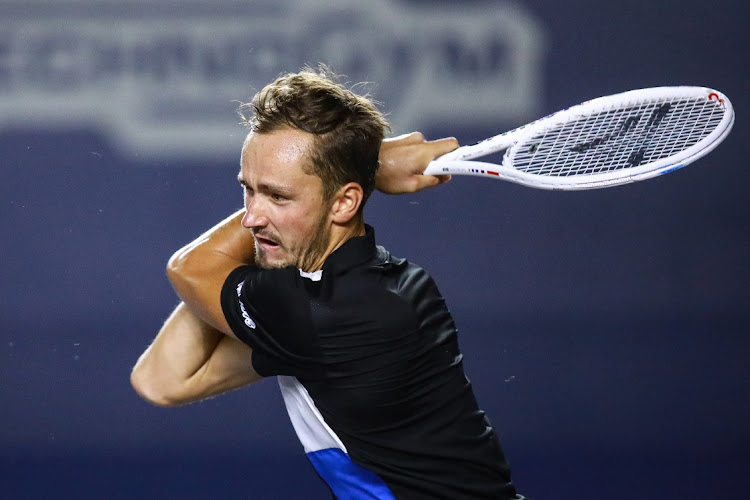 Medvedev, who sat out Wimbledon due to an All England Club ban on Russian players, closed the match out in just more than 90 minutes, with Hijikata showing resilience by saving five breakpoints over the course of the two sets.

“Somebody told me this a few days ago ... otherwise I would not have known,” Medvedev said of the milestone. “For sure I want more victories but that’s also nice to have 250. We’ll try to get more.”

The win helps Medvedev get back into the hard court groove as he ramps up preparations for his US Open title defence, with his previous match on his preferred surface having come in the Miami Open in March.

“It’s definitely not that easy to play after you stop for a while,” Medvedev said. “Sensations were not bad. I could have just broken a little bit more, but when you win, everything is fine. I have to play like this in the next matches.”

Meanwhile, Elizabeth Mandlik, daughter of four-time Major winner Hana Mandlikova, showed she has the potential to make a name for herself in tennis after impressing on her WTA Tour main draw debut at the Silicon Valley Classic in San Jose, California.

The 21-year-old was a game away from defeating Spaniard Paula Badosa on Wednesday before the second seed mounted a comeback to win 6-2 5-7 7-6(5).

Mandlik twice served for the second-round match in the third set but Badosa, a former world No 2, broke both times before edging the deciding tiebreak.

Badosa said Mandlik did not play like the 240th ranked player in the world. “Looking at her ranking, she played an amazing match,” she said. “I think sometimes it’s a little bit confusing when you play against a player with her ranking because maybe you don’t expect that kind of score and you think you’re not doing things well.

“But to be honest, I think I played pretty good and she only played unbelievable and I have to accept it.”

Mandlik, whose mother won a French Open, US Open and two Australian Open titles, and twice reached the final of Wimbledon, has won three tournaments on the feeder circuit for the men’s and women’s tours this season.

The Florida resident arrived in San Jose unsure if she would even make the qualifying draw of the WTA 500 event and learnt she had received a qualifying wild card just 10 minutes before the draw.