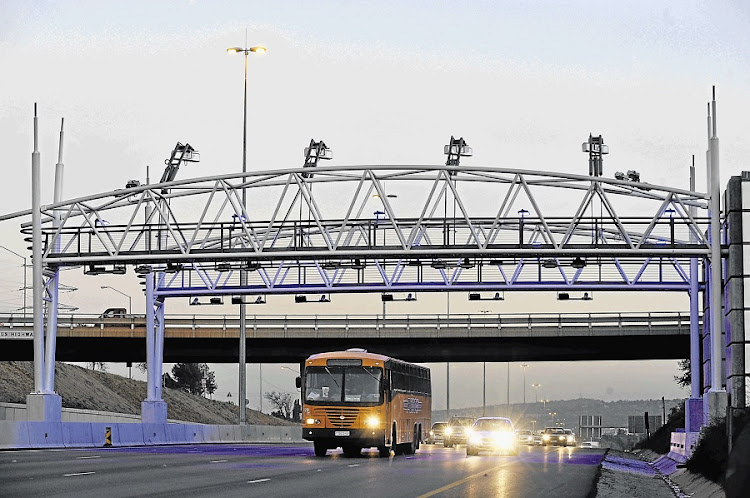 The African Continental Free Trade Area (AfCFTA) looks great on paper; a giant step towards transcending the more than 100 interstate land borders between 55 countries and finally integrating and consolidating the continent into an estimated $2.5-trillion market with 1.3-billion consumers.

A recent report by the UN Economic Commission for Africa (ECA), titled Implications of the African Continental Free Trade Area for demand for transport, infrastructure and services, notes that AfCFTA would increase intra-continent trade in transport services by almost 50%.

The road network linking cross-border trade is 445,000km long. The expansion of the Trans-African Highways and the Programme for Infrastructure Development (Pida) will increase this substantially. In 2021, the AU adopted 69 priority Pida projects with an estimated implementation cost of $160bn.

The task facing all the signatory governments is to make this happen. It requires setting up monetary agreements such as the Pan-African Payment & Settlement System (Papps) to facilitate payment transactions across the continent. Also, required are standardised trade tariffs, minimal non-tariff barriers, alignment of regulatory differences and technical standards that to date have raised the cost of doing business by roughly 15%.

But the primary challenge is that AfCFTA requires enormous regional transport infrastructure projects. Transport services account for 30% of the final price of goods on the continent, compared with 10% in developed economies. Consumers and businesses in Africa pay the price, but an improved and efficient road network will reduce these costs.

Africa’s road network — stretching about 2.8-million km — carries almost 80% of the continents freight and is ill-equipped to deal with the forecast expansion of trade. The ECA report states that road freight would double to more than 403-million tonnes annually. The estimated cost of the number of trucks required to exploit the agreement’s benefits is $345bn — more than 2.2-million trucks.

The power of public-private partnerships

Using PPPs is a solution to raising funding and Sanral’s stated intention has been to unlock and amplify these partnerships to ensure continuous efforts are made to bolster critical road infrastructure. The primary example of such partnerships is with the road agency’s concessionaires: Trans African Concessions (TRAC), the N3 Toll Concession (N3TC), and the Bakwena N1N4 Toll (Bakwena), all of which are non-listed entities purpose-built for managing toll roads.

For the concession of roads or portions of the road network, the concessionaires assumed specific obligations. As a result, the private party takes the substantial financial risk involved in accepting the responsibility for financing the project. The contracts include the design and construction, and operation, maintenance and rehabilitation of the road, usually for 30 years.

The companies raised initial capital for building the toll roads under concession through shareholder contributions and borrowings on capital markets. The servicing of this debt is entirely the responsibility of the concession holders.

Sanral has proved it can operate such partnerships across interstate borders. The Maputo Development Corridor Initiative is a good example. The 563km N4 Maputo corridor connects Gauteng and the Maputo harbour in Mozambique and was the first major infrastructure project of the initiative. The agreement, signed in 1996, involved TRAC, which won the concession to build and operate the toll road.

Through years of experience, Sanral has perfected the structure of its concession contracts, ensuring that agreements are in place between the agency and the concessionaire and independent engineers. The concessionaire must undertake agreements with shareholders (sponsor or third-party investors) and those carrying out the operation and maintenance contracts, and the design and construction contracts.

A joint contract, negotiated between the agency and the concessionaire with an independent engineer, is an essential requirement to oversee the quality of work and ensure the construction's transparency and professional integrity.

The critical aspects of entering such agreements are that they need to be competitive — Sanral wants value for money — and they must include performance-based requirements, including maintenance and expansion work. The goal is an off-government balance sheet and an extension of Sanral’s institutional capacity, and the eventual creation of a revenue-sharing vehicle.

Once the concessionaire has successfully completed the construction and serviced its debt, Sanral closely monitors the resultant revenue and ensures that it receives its share. The critical element here is that the revenue ceded to Sanral is ploughed back into further road works. This is in keeping with our mission: to consistently seek ways to improve the road user’s experience.

Sanral has access to considerable technological innovations, primarily through the Technical Innovation Hub (TIH), tasked with investigating and piloting new technologies within the road environment. The TIH is at the forefront of harnessing technology to inform, improve and expedite road safety across the SA road network, drawing from extensive research into industry best practices and collaborations with various stakeholders in the road safety arena, nationally and abroad.

To achieve a smart approach to mobility, Sanral established the Engineering 4.0 facility housed in the faculty of engineering, built environment & information technology at the University of Pretoria. It is a collaboration between Sanral, the Council for Scientific & Industrial Research, the university and forestry company York Timbers.

This research facility is internationally recognised and focuses on academic and vocational training support in transportation infrastructure materials testing, and creating a national transportation materials reference testing platform. The research and innovation from this and the TIH will be available to our counterparts across the continent as part of the deepening collaboration among African road infrastructure developers.

• Massingue, a civil and structural engineer, is a senior project manager with the South African National Roads Agency.