ROBYN HUGO: JSE starts to walk its talk on climate

Guidance documents are a valuable attempt at clarifying why sustainability reporting should be more than PR, marketing and greenwashing 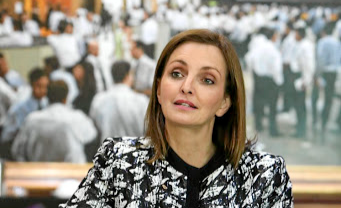 Though the disclosures and metrics laid out in these documents will not be mandatory, they represent progress by the JSE, which has previously argued that it is “too small to lead” in the development of reporting standards.

Sustainability reporting is a crowded space, and corporate reporters regularly complain about the plethora of different reporting frameworks and standards in terms of which they are expected to provide environmental, social and governance (ESG) related disclosure to stakeholders.

The JSE’s guidance documents are an impressive distillation of the recommendations of multiple global initiatives on sustainability and climate risk disclosure, and help to bring much-needed guidance for consistent, comparable, transparent, and reliable disclosures.

As JSE group CEO Leila Fourie points out: “Investor interest in [ESG] issues continues to grow, placing business front and centre in driving the shift towards stakeholder capitalism.” The JSE “recognises the need to create an enabling environment for better disclosure practices to thrive”, she says.

This is welcome progress. The JSE had previously deflected calls for it to publish ESG reporting guidance for its issuers and for it to require reporting in terms of the recommendations of the Task Force on Climate-Related Financial Disclosures (TCFD). In addition to its argument about it being too small to lead, the JSE had previously taken the view that it would be premature for it to act, pending plans by the International Financial Reporting Standards (IFRS) Foundation to provide global sustainability-related disclosure standards.

During the November COP26 summit in Glasgow, the IFRS Foundation announced the creation of a new standard-setting board, the International Sustainability Standards Board (ISSB), and published two sets of prototype standards covering climate and general disclosure requirements. These will act as a framework for the ISSB as it works towards finalising a global baseline of sustainability standards by the end of this year.

This time frame is ambitious. The finalisation of these standards, after appropriate periods for revision and global public consultation, will inevitably take longer than planned. Since the ISSB standards are intended to be globally acceptable, these will also be unlikely to take as robust an approach as the JSE has, and of course will not be able to include local context, as the JSE has. In addition, the development of global standards (and in particular the development of such standards under the auspices of the IFRS Foundation) is contested, and this contestation will further delay finalisation of any globally accepted reporting standard.

Given the rapidly shrinking time frame to act on the world’s manifold sustainability crises, the JSE should not wait for the completion of any global processes before launching its own guidance.

Of the 108 stock exchanges tracked by the UN Sustainable Stock Exchanges Initiative — of which the JSE is a founding member — over 60 already provide written ESG guidance, including stock exchanges in other emerging markets like Bangladesh, Botswana, Brazil, China, Chile, Colombia, Kazakhstan, Kuwait, India, Indonesia, Malaysia, Mexico, Nigeria, Turkey and Vietnam. The development of a global standard will provide a baseline for disclosure, but will certainly not preclude the development of more specific local guidance. The JSE’s efforts would put it ahead of the game.

In any event, like the TCFD the ISSB plans — controversially — to focus explicitly on disclosure that informs an assessment of enterprise value — that is the risks and opportunities that affect a company’s financial performance (usually addressed in integrated reports and financial statements). The JSE’s guidance documents, by contrast, adopt the far more useful “double materiality” approach — covering ESG risks and opportunities for the company, and also the company’s effect on society, the economy and the environment. In other words, they focus not only on financial materiality, but on environmental and social materiality too.

Since the guidance documents are robust in their potential as a mechanism of accountability for corporate boards, on both performance and impact, companies are likely to push back against their implementation. The JSE should not be swayed by resistance to the implementation of the guidelines, including resistance based on the argument that it should wait for the finalisation of global standards.

In reading annual reports it quickly becomes clear whether the preparers are genuinely communicating relevant information or instead trying to create an illusion of progress where none exists. Though the measures included in these guidance documents are not mandatory, the JSE should take a firm stance against “greenwashing”, which is dangerously misleading to the public and shareholders. The guidance documents are a valuable first attempt at clarifying why sustainability reporting should be so much more than just an exercise in public relations, marketing and greenwashing.

Few companies are implementing even some of the suggestions of the taskforce on financial disclosures, writes Gray Maguire
Opinion
4 months ago