Reading between the Sona lines 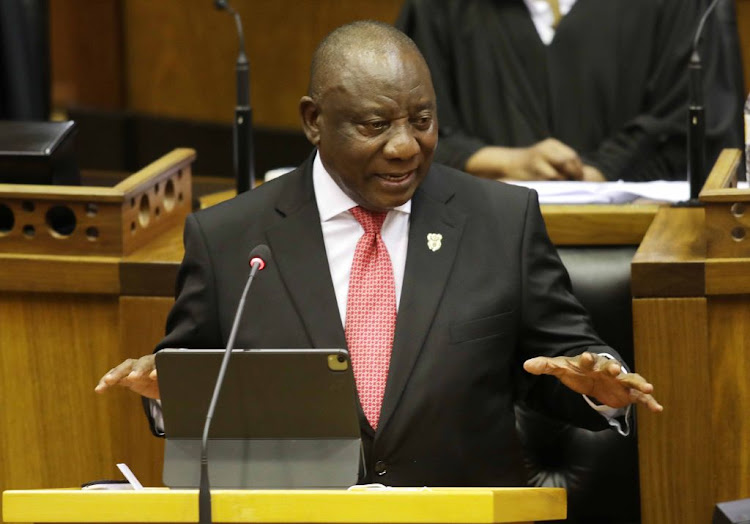 As President Cyril Ramaphosa rightly acknowledged on Thursday evening, the fact that the state of the nation address (Sona) did not unfold in parliament is a useful analogy for the fact that our country is on fire, too often quite literally.

Though perhaps not as acute as it was during the July 2021 insurrection after former president Jacob Zuma’s arrest, the slow burn continues in the form of political instability, energy and physical insecurity, eye-watering corruption and intolerable youth unemployment.

The Harvard economic review that preceded the Sona provides a technocratic set of insights into the sheer state of the economic decay that characterises SA. To Ramaphosa’s credit, he acknowledges the challenges and does not shy away from them. That takes some level of courage. However, one still gets the sense that he appears to be commenting on these matters as some kind of external observer, rather than the one who is both head of state and head of the party that brought us this current dysfunction.

Nonetheless, a major Sona breakthrough is that the president recognised critical governance factors that require swift action (though he did not use that word). Governance is quite simply the process by which the authoritative allocation of resources occurs: who gets what, where, when and how? If public resources are allocated towards unproductive purposes (corrupt tenders, inefficient state-owned enterprises as conduits for patronage extension and private slush funds for the politically connected), the state will slowly collapse. If, to the contrary, resources are allocated in a way that facilitates free, competitive and responsible private enterprise, then the blights of unemployment and poverty can be overcome.

As Ramaphosa rightly recognised, allocating resources effectively requires a capable state. Not only that, however, it also requires careful strategic manoeuvring to displace and crowd out those who threaten a genuine reform agenda. To recover from the utterly rampant corruption that characterised the Zuma years, a strong coalition of responsible players from civil society, the government and the private sector will have to methodically eliminate (figuratively) those who would destabilise and destroy our country. As Ramaphosa rightly indicated, the constitution is a key institution, a commitment device that cannot be opportunistically attacked by those ministers and their acolytes who would apparently be quite content with the chaos that would ensue from eschewing the rule of law that this constitution holds as sacrosanct.

Brian Levy, one of the smartest minds in the development arena, wrote in 2011 that in governance contexts characterised by “a difficult combination of seeming openness, weak institutions and strong inter-elite contestation for power and resources” progress could be achieved by creating pockets of effectiveness in key settings. These pockets are “narrowly-focused initiatives that combine high-quality institutional arrangements at the micro-level, plus supportive, narrowly-targeted policy reforms”.

To achieve replicable pockets of effectiveness that would eventually transform the country, Levy introduces a game-theoretic model more for co-ordination in which “productive networks” can trump “threat networks” to which “predators have access”. Predators are defined as those who would disrupt productive equilibria for short-term, corrupt and private gain at the expense of citizens.

Under a scenario where the actual predation threat is empirically smaller than the production coalition’s ability to succeed, but the perception is such that the predators will succeed, good governance is at risk but can be successfully repelled. The corollary is that if the predators’ perception is that they are not powerful enough to override the producers, successful collaborative governance ensues and predation is crowded out. The counter scenario is where the predation threat is empirically stronger than the producers’ ability to override them. This becomes a real perception game, in which the producers have to succeed at giving the appearance of power they don’t have.

It is unclear exactly which scenario empirically characterises SA. We have a judiciary that has stood — sometimes man alone — against a rapacious predation network. Ramaphosa did not reference the highly improper Judicial Service Commission process by which the new chief justice is going to be recommended, but this is a real threat to the rule of law, especially as it is aided by those within the governing party who want to remove Ramaphosa from the ANC presidency at the end of 2022. At the same time, the president managed to stand firm against Ace Magashule (an arch “predator”), and the Zondo commission findings are being released thick and fast. The bottom line is that Ramaphosa has to give the impression that he is credibly able to hold those who have looted to account and put them in orange overalls. Time is running out.

Without sending credible signals that the evident corruption will be dealt with, it is extremely difficult to attract the kind of investment required to address all the other problems that the president highlighted. Kicking that can down the road to June may prove too late. In the meanwhile, serious National Prosecuting Authority capacity needs to be built up to execute on the accountability promise.

The other empirical reality is that the state of the economy is dire. The president referenced it, but did not directly mention the UNU-Wider working paper lead-authored by Ricardo Hausmann and released shortly before the Sona. For as long as unemployment continues to climb, private sector investment falls, and the public sector wage bill far exceeds personal income tax revenue, the state is in a precarious position. This is only compounded by Eskom’s utter failure and indebtedness to the tune of half our country’s annual budget (R450bn at least of just over R1-trillion). These factors combine to create ripe soil for the predators to continue to incite violence, call for inflammatory changes to the constitution and promise what they cannot deliver for the sake of short-term opportunistic rent gains for themselves.

In conclusion, the risk is that we are in scenario two, where the actual predation threat outweighs the empirical ability of the producer network to stand firm and attract the required investment. The fragile coalition of those committed to good governance therefore has to stand firmer than ever and do everything possible to minimise the predation threat while strengthening the perception that predators will credibly soon be dressed in orange overalls. That way, successful collaborative governance will accrue, even if it is at risk for the foreseeable future.

MIGUEL DA SILVA: Will Ramaphosa’s business-friendly Sona prove to be more than ...

MIGUEL DA SILVA: Will Ramaphosa’s business-friendly Sona prove to be more than ...