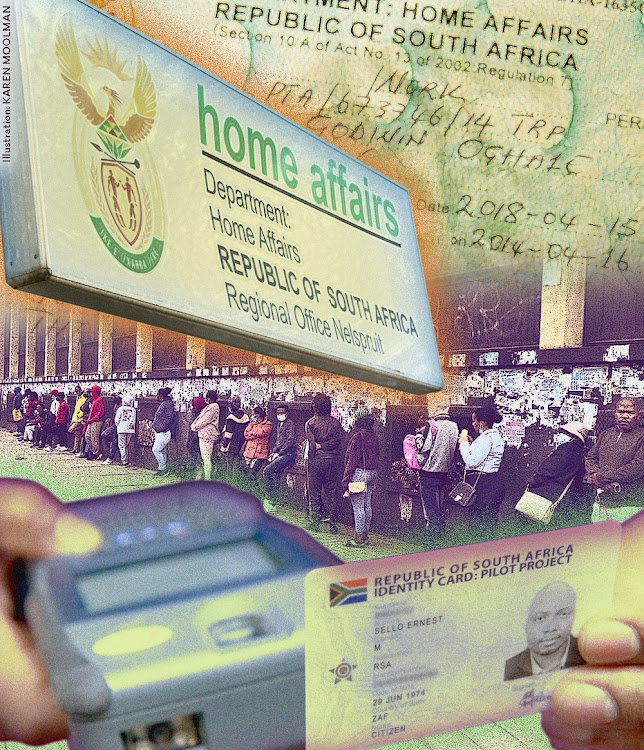 The Covid-19 pandemic has proven to be yet another stick in the spokes for the department of home affairs, further delaying processes that were already slow and inconsistent, and causing despair and disruption for thousands of people and businesses. In addition, an apparent lack of will to rectify the situation is costing the state millions in unnecessary legal fees as unsuccessful applicants head to the courts to appeal.

For years our practice has noted that SA loses skills, business capital and jobs by apparently regarding all foreigners with suspicion, making visa, residency and citizenship applications a complex nightmare that deters foreigners. The pandemic has worsened the problem. Indeed, it would appear that the department is not well equipped to adapt to change: in 2010, when adjudication was centralised to a hub, services collapsed. In 2014, when the law changed, we saw more court cases and further delays. Covid has forced significant change across society and the economy, and again services have ground to a halt.

Racking up costs to the state

As we warned  in 2021, the pandemic has further delayed and derailed immigration processes and caused a backlog that could take years to clear – particularly in permanent residence and citizenship-related services. We have noted an increase in rejections of critical skills visa applications, freelance work applications by foreign spouses of South Africans, and work authorisations for foreigners with a retired persons visa.

This situation has not changed, forcing applicants to go to court to appeal against their rejections. These cases may be escalated several times — each time at a legal cost to the state. As a seasoned immigration expert I have never litigated so much in my life as I have in recent years. In most cases a court case relates to a delay, which is easy to prove and results in the state losing, with cost orders against it.

One gets the impression that the state often appeals as a delaying tactic. With the services of an attorney and a junior advocate costing anywhere from R30,000 to R200,000 per case — before the case has even been referred to the Supreme Court or Constitutional Court — these delays can cost the state a substantial amount.

Exactly how much this may be costing is difficult to pinpoint. According to the department’s 2018-2019 and 2019-2020 annual reports immigration affairs management is the third programme within the department of home affairs.  The line item for legal services records that in 2018-2019 it spent about R32m on legal services, and in 2019-2020 R43m. Unfortunately, there is no further information on how exactly this total is broken down. Both years also record some R2bn in contingent legal liabilities, but “contingent” means the liability may not occur. In other words, the department is being sued for R2bn, but those suits have not yet been concluded.

There is a statement that “claims in immigration services arise mainly from the unlawful arrest and detention of illegal foreigners, and damages arising from the department’s failure to make timely decisions on visas and permits. Of the total claims, 11 major claims (R5m and above) amounting to R696m, reside under the branch.”  But this may refer to damages, not legal costs, and such damages claims are likely to fail.

Home Affairs at a standstill

Efficiency and consistency would clearly be a more cost-effective approach, yet home affairs remains at a standstill, even though the wheels of business are starting to turn again. Thousands of people have been in limbo for about a year as they await outcomes.

Among our clients is a German film director and corporate general manager who has applied for a critical skills work visa and is experiencing lengthy delays in the process. This businessman has companies in SA with the capacity to create jobs and drive investment into the country. On top of this, he has invested over R5m in NGOs and NPOs benefiting children.

Another client is a Ghanaian ICT professional who studied in SA and has applied for a critical skills work visa. He has been informed his application was rejected because he is on a visa restricted “V List”, while simultaneously another home affairs division states that he is not on the V List.

Home affairs recognised in its 2021 budget  that “the  timeous issuing  of  permits and visas enables economic growth and removes impediments to foreign investment” and said it aimed to maintain the percentage of business  and general work visa applications per year that are adjudicated within eight weeks at 90% over the medium term, and targeted an increase in the  percentage of critical skills visa applications per year adjudicated within four weeks from 82% in 2021/2022 to 95% in 2023/2024.

The department also recently announced that it was resuming the processing of applications for permanent residency after a hiatus of nearly two years and an estimated backlog of up to 50,000 applications. It is commendable that the department recognises that there is a problem, but it should be noted that service delivery cannot be achieved when offices are closed or manned by a skeleton staff, and that rushing through adjudication is not enough: adjudication needs to be done consistently, fairly, and in line with the relevant acts.

By improving efficiencies and eliminating poor and inconsistent processing of immigration and work visas the department of home affairs could not only slash the costs and time wasted in legal challenges; it could also support the government’s efforts to encourage foreign investment and create more jobs.

Statelessness in spotlight as home affairs to review three acts

The Citizenship Act, the Refugee Act and the Immigration Act are under review to align them with international refugee law
National
6 months ago

JONNY STEINBERG: In the Master’s Office black people step into the past

JONNY STEINBERG: In the Master’s Office black people step into the past