ZEPH NHLEKO: The practicality of the infrastructure-led economic recovery 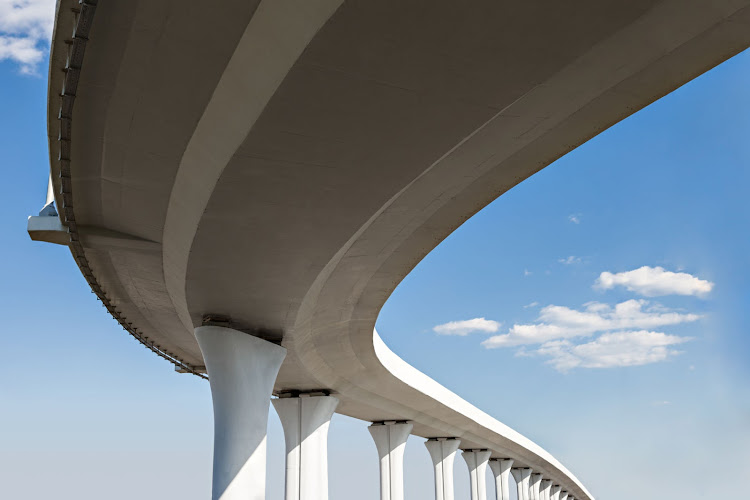 A post-lockdown infrastructure-led economic recovery for SA means bringing forward public and private infrastructure spend that would otherwise take place over the long term, to start supporting GDP growth in the medium term.

Infrastructure development is by definition not a short-term exercise. An infrastructure-led economic recovery would also mean scaling up and accelerating the preparation of infrastructure projects to ensure a sound investment pipeline.

Most of the nationally publicised infrastructure projects require some form of preparation. Unbankable project pipelines do not support the infrastructure-led recovery stance. And, most importantly, they do not attract private investment, which mainly goes after projects with tolerable risk that are feasible and financially viable.

There is consensus across social partners on what socioeconomic challenges we face and what needs to be done to resolve them. Frankly, these challenges and solutions have not changed since the days of Madiba’s presidency.

Over the past 10 years or so the average total spend on infrastructure as a percentage of GDP has been 17%. This after the GDP number was revised upward — the ratio used to be higher, at about 19%. If the aspiration to reach 30% of GDP by 2030 is to be realised, the private/public collective needs to be spending on average 8% a year more on maintaining existing infrastructure and developing new projects over the next decade.  This is over and above the current R800bn or so total annual infrastructure spend, and assumes that GDP growth will improve steadily to average 2.5% between now and 2031.

So our low capital formation growth rate challenge is neither ideological nor strategic; it is mainly practical. The public processes that are in place to support the national infrastructure development system are simply ineffective. This shows up in infrastructure underspending by the various government spheres. Over the past four fiscal years from before Covid-19 to 2020/21, an estimated 17% of the budgeted infrastructure expenditure did not take place.

Public sector infrastructure underspending worsened from about R24bn in  2017/2018  year to R70bn in 2019/2020, before improving to R40bn in 2020/2201. It also shows up in the pace of approving and allocating public capital budgets and project preparation funds to qualifying infrastructure projects.

There are two fundamental process reforms that must happen. The first is seriousness about the frequency of assessing and approving the funding of qualifying infrastructure projects. Agility is key. This must go together with the flow of funds for project preparation and development of these projects. The second process reform is to ensure capable state-owned entities are utilised as tools to advance the developmental objectives of government. This means giving them infrastructure implementing agency status and exempting them from certain Public Finance Management Act requirements that hinder their effectiveness. SA law allows this already.

Last month Fitch stated that SA’s economic outlook is stable. However, without a deliberate review of processes in the national infrastructure development system this outlook might not be turned into positive economic growth. Most forecasters, including our team, already project lacklustre growth in the next 12-24 months.

Let us not forget that economic growth remains capped by the availability of energy. Given the combined effect of the state of some of the power utility’s generation units, the planned maintenance and the minimum emissions standards conversation, no-one should be surprised when load-shedding resumes later this year. At about 11%, nonpublic utility power remains insufficient. We are optimistic that subsequent rounds of renewable energy independent power producer procurement, and the embedded generation process, will ramp this ratio up.

Without these process reforms we will keep on asking Iphi le Walk rather than Nayi le Walk, as is envisaged as part of the Indlulamithi scenarios. Without walking the talk on these reforms we will struggle to shake off the trend picked up by Ipsos surveys year after year since 2018, where respondents say it was a bad year for them here in SA. The good news is that it is extremely easy to implement these reforms.

• Nhleko is chief economist at the Development Bank of Southern Africa.

Ramaphosa did mention SOEs at the ANC alliance’s lekgotla, but only in passing
Opinion
3 months ago

NEVA MAKGETLA: Localisation can only work if closely watched and tuned

NEVA MAKGETLA: Localisation can only work if closely watched and tuned