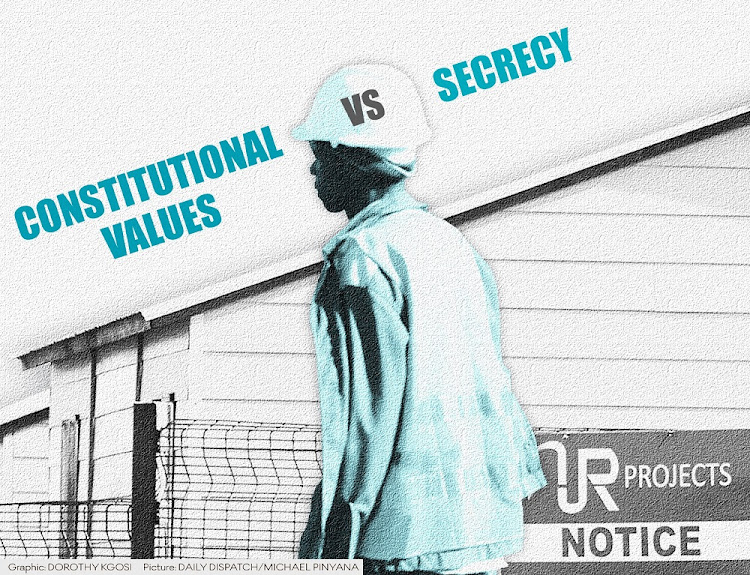 In part one of the state capture commission report, acting chief justice Raymond Zondo highlights the need to strengthen legislation relating to corruption in political party financing. The report states: “It is a matter of extreme concern that the evidence given at the commission establishes a link between the corrupt grant of tenders and political party financing. Such a link can represent an existential threat to our democracy. It is inconceivable that political parties should finance themselves from the proceeds of crime, and yet there is alarming evidence to that effect.”

The report points to the R50m that was channelled by EOH to the ANC in 2016 at the request of then Johannesburg mayor Geoff Makhubo, to the diversion of millions of rand from the Free State asbestos tender to the ANC by tender beneficiary Edwin Sodi, and the long-standing corrupt relationship between Bosasa and the ANC.

Zondo says the “recent promulgation of the Political Party Funding Act No 6 of 2018 (PPFA) is at least a first step, but most likely an ineffectual step, in addressing this particular abuse …  the PPFA does not go as far as it should. Provision must be made to prohibit donations linked to the grant of tenders.”

It is therefore alarming that the ANC reportedly has plans to introduce amendments to the act, not to give effect to these recommendations but rather to increase the annual disclosure threshold from the current R100,000 per individual donation to R250,000 or even R500,000, as well as removing the annual R15m upper limit on donations or increasing that ceiling to R50m or R100m per annum. According to a report submitted by the party’s national working committee to its national executive committee last week, there is also a proposal that the amounts parties can receive from foreign donors be increased, and that dividends received by political parties be immunised from disclosure.

The ANC has cited its financial difficulties as motivation — it is struggling to raise money to pay its employees — and its stance is likely to be backed by other political parties whose private funding has declined as a result of the disclosure requirements. But these proposed amendments would render the PPFA totally ineffective, and undermine its stated purpose.

If the ANC’s proposed new disclosure thresholds are adopted, it is almost certain that political parties would never have to disclose any private donations they receive. It would be tantamount to repealing the PPFA, and transgressing on commitments to combat corruption, including those under the UN Convention against Corruption and AU Convention on Preventing and Combating Corruption. The latter instrument specifically states that legislation should “proscribe the use of funds acquired through illegal and corrupt practices to finance political parties”.

In its My Vote Counts judgment, the Constitutional Court emphasised the importance of access to information in combating corruption in our society. It noted that a lack of transparency around how political parties are funded creates a breeding ground for corruption. Indeed, the act was born out of a need to regulate how political parties receive money from private sources and to reduce the risk of money being used to buy state influence for private interests.

The potential for widespread corruption through secretive political party funding is self-evident. While the act has led to some overdue transparency, the first two sets of disclosures made by political parties have revealed some gaps in how private funding is regulated. These gaps need to be closed rather than expanded. Increasing the disclosure thresholds and removing the upper limit will allow the unscrupulous to use money to acquire influence for private ends without any oversight. This will not only undermine efforts to root out corruption but also undermine the constitutional values of openness, transparency, accountability and good governance.

As the Constitutional Court has noted, information about the funding of political parties allows SA citizens to make informed political choices. Transparency allows us to know what interests influence policy choices and whether a party has the public’s best interests at heart, and to discover for ourselves the extent of the role of private money in our democracy.

It is unfortunate that the ANC is inclined to abandon these important constitutional values in exchange for secrecy. This sudden reversion to secrecy should raise eyebrows about how fundraising is done by political parties that it would be adversely affected by disclosure requirements. What are they trying to hide?

The financial health of political parties should not be adversely affected by disclosure requirements that seek to deepen democracy. It must be accepted that political parties are important instruments of our democratic society. They require funding to operate and to compete for support from the electorate. This is recognised in the constitutional provision that public funding must be regulated to “enhance multiparty democracy”.

The PPFA now regulates the private funding of political parties. Any private donor whose motives are aimed at strengthening our democracy should not be discouraged from making political party donations out of fear of their identity being disclosed. In fact, we should encourage them to do so in a responsible manner, especially as the PPFA requires donors to also make disclosures to the Electoral Commission.

Such donations are an exercise of their right to participate in political activities, which is guaranteed by section 19 of the constitution. Transparency in this area should not discourage such participation but should in fact fortify our commitment to open and accountable government.

Responding to the first part of the state capture commission report in January, ANC president Cyril Ramaphosa said: “The ANC will support government in effecting the measures required to eliminate conditions and conduct that enable state capture and systemic corruption.”

Yet the recent proposals from the ANC relating to the PPFA undermine any commitment to implement the recommendations of the acting chief justice. Those political parties that are sympathetic to these proposals will stand accused of aiding and abetting corruption and state capture.

• Naidoo is executive secretary and Mafora research officer at the Council for the Advancement of the SA Constitution.