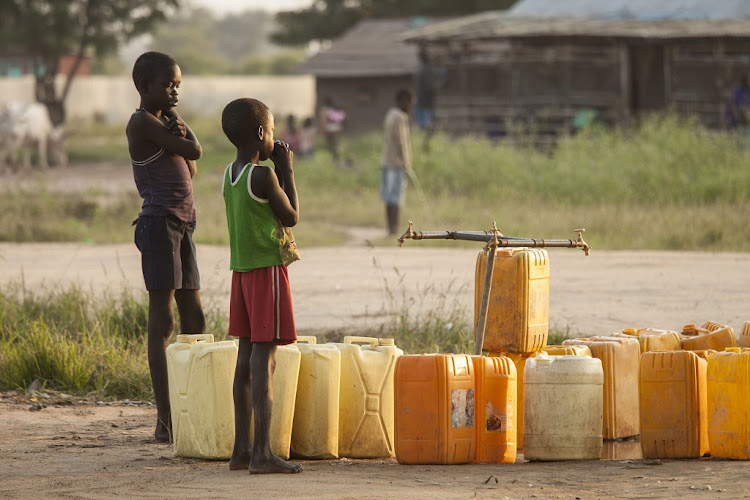 As we start 2022 with more questions than answers about the future of the economy, I’m reflecting on the old adage, “All new news is old news happening to new people”.

There’s no doubt the Covid-19 pandemic and economic fallout is novel for our generation, but it’s neither the world’s first pandemic nor the first economic shock. As history remains the best teacher, let’s pedal back to the last major economic crisis of this magnitude — the Great Depression.

In the thick of the Great Depression, with a shattered economy, collapsed financial system and unprecedented unemployment levels, it was nearly 90 years ago that US president Franklin Roosevelt announced the New Deal, a series of programmes designed around the “3Rs” — relief (for the poor and unemployed); recovery (of the economy to predepression levels); and reform (to eliminate the structural causes of the depression).

While the New Deal did not solve all the depression-era challenges in the way mobilising the economy for World War 2 did, the New Deal did generate millions of jobs, created a strong social welfare programme, and sponsored public works projects that brought important infrastructure to nearly every county in the US.

The Works Progress Administration was created under the New Deal, employing 8.5-million people, overseeing the construction of 1.4-million kilometres of road, 122,000 bridges, 1,000 tunnels, 1,050 airfields and 4,000 airport buildings. Some of the most beloved US infrastructure today — New York City’s LaGuardia Airport and the Hoover Dam — was built through the New Deal.

The important differentiating factor of this infrastructure boom is that it occurs against a backdrop of decarbonisation. For example, the EU’s Green Deal will help facilitate a bloc-wide goal of net-zero carbon emissions by 2050, and a 50%-55% cut in emissions by 2030. The Green Deal will bring together initiatives to decarbonise existing infrastructure and build carbon-neutral infrastructure across all sectors, including energy generation and storage, transportation, manufacturing and construction.

Thus, green infrastructure will alter the supply and demand dynamics of key commodities from previous infrastructure booms. We are likely to see the extension of the commodities supercycle for “green” minerals by at least a decade.

BlackRock and Goldman Sachs have recently taken a bullish approach to commodities required for the green revolution. This “green basket” includes cobalt, nickel, copper, lithium, palladium, rhodium, manganese, aluminium and graphite, which will undergo a sharp rise in demand for decades to come. Mining firms extracting “green basket” commodities remain undervalued. Once markets realise these mining firms are central to enabling the green transition, capital will flow and valuations will rise.

Given the strong market case for green infrastructure, less policy intervention is likely to be needed. But governments need to take a page out of FDR’s New Deal by learning how to support people who have become impoverished due to environmental challenges.

Back in the day, the Dust Bowl was an area of huge dust storms that buried homes, killed livestock, led to thousands of cases of dust pneumonia (sometimes fatal), and left half a million Americans homeless. The administration launched the Resettlement Administration to help those displaced by the environmental disaster.

But FDR also committed himself to fixing the environmental degradation — or natural infrastructure — that caused the severe dust storms. He established the new Soil Conservation Service to teach farmers better agricultural techniques and stop practices that created enabling conditions for dust storms.

In recent years the consequences of environmental neglect have become catastrophic in SA. Annually, thousands are displaced due to coastal flooding, die from emissions on the highveld, and lose their livelihood due to drought. In 2021 all nine provinces experienced floods, on top of wildfires in the Western Cape. The national government estimated the cost of the January 2021 floods to be more than R50bn.

If FDR were alive to have a fireside chat today he would argue that we have an economic and moral responsibility to create an agency that efficiently resettles those who are living in high-risk areas for climatic shocks and dangerous emissions, provides them with new livelihoods and constructs climate-resilient housing.

Energy firms must focus on ‘G’ in ESG factors

Controlling both management and the board is often a recipe for subpar corporate governance, and splitting roles is vital
Opinion
4 months ago

The World Economic Forum’s annual survey shows little progress has been made in tackling the climate emergency.
Business
4 months ago
Next Article