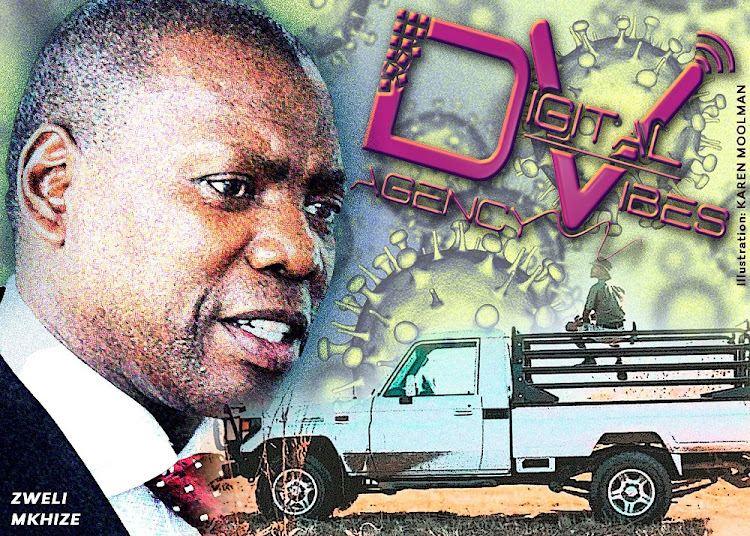 Digital Vibes’ theft of R150m from state coffers has exposed how dishonest government officials manipulate how tenders are issued and adjudicated.

A cabinet minister’s son, it is alleged, “clandestinely” collected bags of cash laundered through a cash & carry wholesaler, presumably using his “gift” of a Toyota Land Cruiser to do so, while his father, former health minister Zweli Mkhize, professed ignorance.

This was not Zuma/Gupta corruption, but Covid corruption in the national department of health and its tentacles extended into the presidency with allegations that the husband of the president’s then spokesperson was implicated.

For our president to demonstrate his vaunted New Dawn and clean government he must ensure all tenders are publicly advertised, and adjudicated independently. The SIU report, in meticulous, damning detail, shows how the health department circumvented the system, allowing the theft of millions and depriving qualified experts the chance to tender for vital work in our national interest.

Supposedly to avert such fraud, the government introduced the Treasury’s central supplier database in 2016, the source of supplier information for all organs of state. The government boasts: “Supplier information will be verified across institutions such as the Sars, Companies and Intellectual Property Commission, department of home affairs, etc”.

So how did the corrupt officials game the system? First, they tried to circumvent the central supplier database. The SIU says officials at the health department approached the Treasury in July 2019, “requesting approval for deviation from normal bidding process in accordance with Section 8.5 of NT SCM (National Treasury supply-chain management) for Digital Vibes (Pty) Ltd”.  The Treasury refused to simply give the tender to Digital Vibes and told the department to advertise it for 14 days, enough time for all registered central supplier database companies to compete.

The health department then met the Treasury to subvert a public tender. It was agreed that at least 10 suppliers would be chosen from the central supplier database by the department. Quotations would be requested from them only.

On September 5 2019, the health department sent the Treasury names of the 10 suppliers, which included Digital Vibes. The SIU says: “The selection of at least the following suppliers ... was irrational and irregular.”

The tender was for communication services, but Digital Vibes was registered for “telecommunications related services”. Two others were not even Companies and Intellectual Property Commission-registered. Their names belonged to Gmail addresses and “evidence ... (showed) that (one of) the addresses belonged to the so-called ‘owner’ of Digital Vibes”.

Other suppliers were registered for “accommodation and food activities”, “professional, scientific, and technical activities” and one as a “management consultancy”. Another, a recruitment services provider, went broke. Only Brandswell had anything to do with the work being tendered for. The SIU submits that sending the requests for proposals to only 10 potential suppliers:

Yet the health department forged ahead. It appointed its tender evaluation committee from its own department. Several also served on the bid specification committee. Unsurprisingly, only two proposals were received, from Digital Vibes and Brandswell.

“The national department of health prepared revised terms of reference, which now included evaluation criteria and a minimum 60% threshold for functionality (i.e. only bidders who achieved 60% or more, would be ... evaluat(ed) on price and equity.

“A second request for proposals was sent to the same 10 suppliers. The national department of health invited Digital Vibes and Brandswell to collect their bid documents and to resubmit their proposals.”

Brandswell told the SIU that its initial bid documents had been opened. In other words, the health department may have looked at its pricing.

For Digital Vibes to win, Brandswell had to be disqualified — and it was. The SIU said: “As it purportedly only had achieved a score of 59.2%, and not 60%, Digital Vibes received a 100% functionality score from all tender evaluation committee members.”

It says: “The SIU submits that ... Mr (Joseph Thembe Popo) Maja (national department of health head of communications), most probably under influence of Dr Pillay changed his evaluation score ... to ensure ... that Digital Vibes had to be awarded the contract ... even if (it) would result in the national department of health concluding a contract for R141m ... where Brandswell was willing to render substantially the same services at a cost of only R69m.”

The SIU report provides a rare insight into how the system is abused. The government needs to act: insist every tender be public and advertised on the central supplier database, and ensure every tender evaluation committee has independent, expert oversight.

Until then, children of cabinet ministers will collect cars and cash from winners of dodgy tenders, rigged by the corrupt officials with whom they are in cahoots.

• Mann is chair of Meropa Communications.