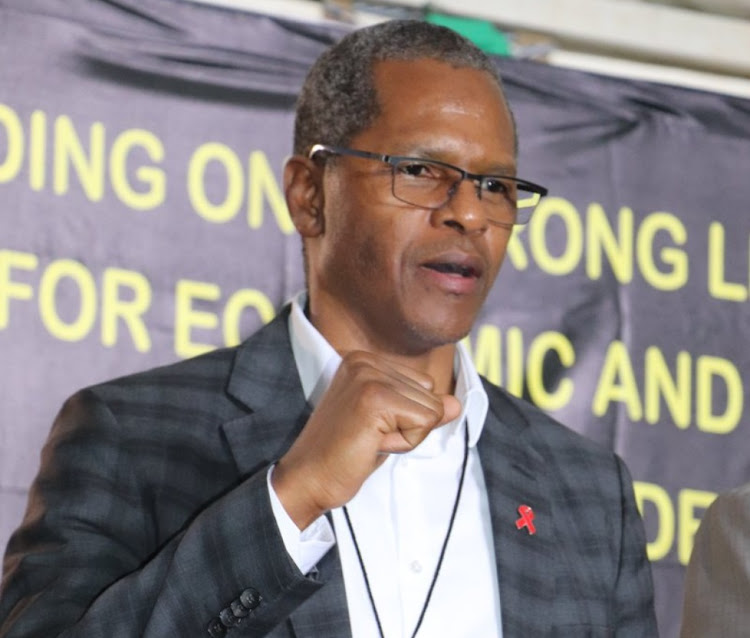 The IFP has homed in on the ANC government’s record of corruption in its final bid to win voters’ hearts ahead of Monday’s local government elections.

During its last rally, held in Ulundi on Thursday, party president Velenkosini Hlabisa said SA has turned into a hopeless state plagued by unemployment and collapsed governance at national, provincial and local levels due to corruption.

Detailing his claims, Hlabisa said during election campaigning, the IFP has listened to the frustrations of ordinary South Africans, including painful stories of losing jobs, watching their children going to bed with empty stomachs and losing homes, furniture and cars as they could not afford instalments.

He also mentioned poor service delivery, including a lack of housing, nondelivery of water and electricity and rolling blackouts. A big part of the governing party’s “dismal failure” when it comes to service delivery relates to the state’s meagre “available resources”.

“Projects will be delivered [but] there is little or no consequence management. No-one is held accountable for the lives destroyed and the promises of a better life that are never fulfilled.

“Corruption has robbed our people. The money that should have created jobs, built houses, provided our people with electricity, clean water, roads and fixed potholes has gone into the wrong hands under the watch of the ruling party,” Hlabisa said.

Corruption has become the calling card of the ANC and eats away at the budgets allocated to municipalities. The ANC government’s corruption had a devastating domino effect on all aspects of the lives of South Africans.

“Imagine that the money allocated to building a new school is misspent or stolen. The workers who could have made a living building that school are left without work and unable to provide for their families. The teachers, who could have found employment once the new school had been built, remain unemployed,” Hlabisa said.

“Then we have the learners who would have benefited from having another school in their community. They are forced to continue attending an overcrowded school, where there are 80 to 90 students per class.

“It is not difficult to imagine that many of these young people will drop out of school. Those who remain do not receive an education that will equip them to become productive members of society, and they find themselves unable to earn a living, and contribute to the country’s economy.”

He asked voters to choose an IFP government to stop corruption, and called on those who attended the rally to vote out the party or councillors with a track record of corruption. The IFP is for people and will never be for corruption, Hlabisa said, promising voters that the party would serve with accountability, fix municipalities, deliver services and look after the purse of each municipality for the benefit of the people.

“Not only does the IFP have the solutions — the IFP is the solution. A big part of this solution is our people — the IFP councillors who serve you in your wards and in your municipalities.”

Be wary of those with false promises, says IFP deputy president

Party wraps up Durban campaigning ahead of local government elections, hoping to take control of the metro
Politics
9 months ago

GARETH VAN ONSELEN: Why the middle class holds SA’s future in its hands