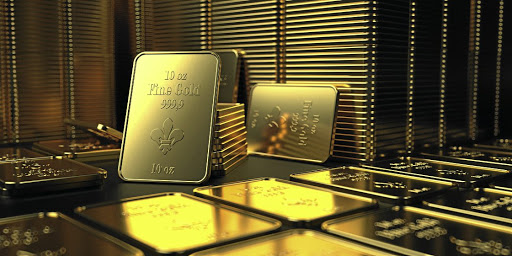 Gold is cruising near the lows of the past four weeks and became heavy with the Omicron news. The series of lower intraday peaks indicates disappointment in the outlook for gold by those players who have been buying it since early October.

What draws attention is that the sharp downward momentum on November 22 was not followed by a rebound. Instead, a brief pause was followed by further methodical selling.

It is too early to say that the bears have gained complete control of gold, as a move down will require them to pass a few more significant support levels.

The dynamics about these levels will better determine whether we see a correction in the global uptrend that started in 2018 or whether the bull market is broken and further reductions in gold risk accelerating in the coming weeks, rolling it many weeks lower.

Gold’s pullback of almost $100 to $1,775 has nullified the gains since early November but, more important, pushed the price below significant technical and psychological levels.

The pressure on the gold quotations proved to be much more systematic compared with equities and currency market fluctuations. Since November 18, the dollar index accelerated its rise, then lost most of its gains, and with the beginning of December, it is gaining again. The S&P 500 pulled back from its all-time highs during the same time, fell with considerable amplitude in late November, but did not surrender its important 50-day moving average to the bears, and managed to find support as it tumbled under 4,500.

Since November 23, gold has been moving closely about the 50- and 200-day moving averages, and for a few days, it was precisely balanced, closing the day near the opening levels. All this time, the bulls have not given up trying to push the price above $1,800. However, by the end of the month, the bears seem to have become the dominant force. You could tell with every rising impulse since November 26 losing momentum from lower levels and support coming in from lower levels.

In the past five weeks, a head-and-shoulders pattern has formed on the chart. An acceleration of the declines under $1,770 would confirm this pattern, with the target for the move down another $100. However, a further move lower will coincide with the epicentre of longer-term and important levels.

On the fundamental side, the hawkish rhetoric of the US Federal Reserve is playing against gold. The US central bank is talking more and more openly about the possibility of a faster unwinding of the asset purchase programme and a faster rate hike.

This policy reversal looks more appropriate for the situation, reducing the pull into gold as insurance against the Fed losing control of inflation and informally intending to deflate the level of government debt through higher inflation, rather than sticking to the inflation target.

The past two gold price spikes of multiyear duration, which started in November 2009 and August 2018, occurred on the monetary policy switching to easing mode. In the nearly two years from 2009 to 2011, the price went up by 180%, hitting a record high of $1,920. Gold then switched to a prolonged correction and consolidation mode, which lasted for two years and failed on reports of an imminent rate hike.

Things are moving faster now, with the Fed announcing it would curtail quantitative easing (QE) just more than a year after the last increase. Still, higher inflation and more extensive QE have kept demand for gold as insurance against increased inflationary pressures instead of government bonds, whose real yields were in deeply negative territory.

Earlier last month, gold stalled on the approach to $1,900, and the pressure became more systematic on the Fed’s rhetoric change.

It is worth assuming that the local bearish momentum on gold will stay in the coming days, opening the potential for a drop to $1,730 or even $1,680. At those levels, the task of bears will be much more challenging because there is strong support that the bulls managed to defend for the past nine months.

Gold’s younger sister, silver, points to a clearer picture of investor sentiment. The reversal in the middle of the previous month, approaching the highs of August and touching the 200-day simple moving average above $25.3, signalled that the downtrend was still in force.

Having bounced back to $22.4 or 11% from the local peaks, silver looks oversold and has been trading near the lower end of the trading range since last July. A test of this support line in silver could be an additional signal for gold in the coming days.

A consolidation under $1,730 would strongly signal that the situation went beyond the pullback after the two-year growth and consolidation before a new growth wave. A failure at $1,680 would be a telltale signal in this case. That turn of events would be a clear indication that 2020-2021 is the same for gold as 2011-2012, which saw a peak for many years ahead, and it opens the road down to the area of $1,300-$1,500 in the coming year for gold.

Alternatively, the ability to quickly return above the critical moving averages to sustained growth would cause a pullback and consolidation from the current situation, followed by a new spurt to $2,600 in a year.

DAVID SHAPIRO: 50 years on the JSE