OLIVER DICKSON: Why has Ebrahim Patel not opened bidding process for lottery licence? 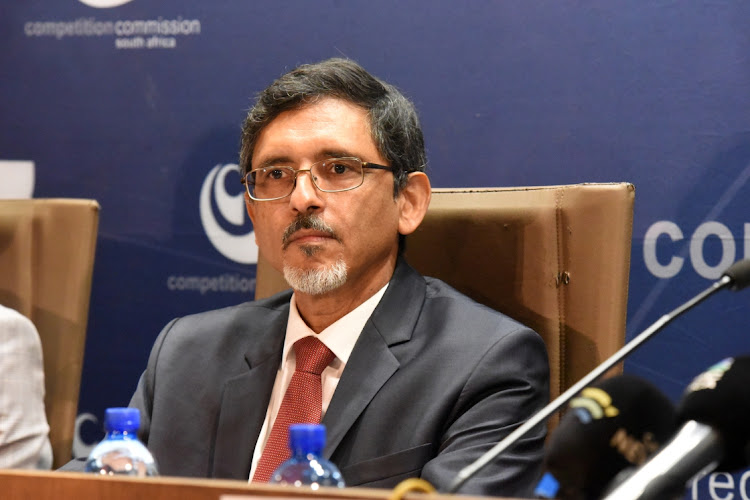 A few months ago, I made the argument in these columns that our supposed chief lieutenant for economic growth — trade, industry and competition minister Ebrahim Patel — is asleep at the wheel, the weakest link in President Cyril Ramaphosa’s economic cluster, deserving of sacking.

Substantiating my case, I said Patel had managed to remain out of controversy in that no-one would immediat203.

ly associate him with state contracts that had been bungled or corrupted, for instance, and that that had allowed him to build longevity and goodwill into his political career.

While that is an argument I stand by to a point, I have become less married to the idea that Patel has managed to stay away from controversy. In fact, he may now have stepped, wittingly or unwittingly, right into the middle of a R130bn controversy.

What seemed a mere administrative oversight three months ago, when Patel delayed issuing a crucial request for applications for the fourth national lottery licence, now seems either a blatant dereliction of duty or the early warning signs of a potential conflict of interest hot potato.

Every eight years the licence to operate the national lottery is put up for grabs. It is such a complex process to put together a sound bid for this licence that the law gives interested parties a two-year runway. That is to say, 24 months before the end of the current licence term, the minister, after consulting with the National Lotteries Commission, must open the bidding process. This week should have been the deadline for bid submissions, but Patel has not yet even opened the bidding process, which should have occurred in the middle of September.

A letter written by the board of the National Lotteries Commission to Ramaphosa to bemoan this delay was not exactly complimentary about Patel’s leadership. The board, which should have been in constant engagement with Patel during this time, said it last met Patel in 2019. It said it had tried to reach out to Patel, but he just “blue-ticks” them.

This seems to imply that this is more than just an administrative oversight in relation to the licence bidding process, but something more deliberate. Due to Patel’s silence on the matter, we can only speculate as to what that may be. We dare not allow the issue to be swept under the carpet though — this licence is worth R130bn over the next licence term.

So what may be at play? Johnny Copelyn, CEO of investment shop Hosken Consolidated Investments (HCI) and a close associate of Patel, has shown interest in obtaining this licence. I say close associate, but Copelyn himself describes his relationship with Patel in even more comradely terms, pointing to a friendship forged at the coalface during their anti-apartheid activist and union leadership days.

HCI may well be a bona fide bidder, but Patel’s silence and apparently deliberate absence when it comes to this issue has raised eyebrows and brings into question whether this relationship is a factor. In a country where our body politic is defined by foul play, state capture and corruption, it is crucial to sound the sirens on a deal so delicate and seismic early on.

True to form, Patel is doing his best to stay out of the limelight, but this time his absence only makes him more conspicuous. The question must be asked yet again: is he a help or a hindrance as a leading member of Ramaphosa’s economic cluster?

Ramaphosa missed an opportunity when reshuffling his cabinet by not bidding goodbye to ineffective trade, industry & competition minister
Opinion
5 months ago

Paytronix Systems has developed the capacity to wade through tons of data, says CEO Joy Diphokwana
Companies
3 months ago

Which comes first: vehicle finance or a vehicle worth financing?
Opinion
1 month ago
Next Article