Which comes first: vehicle finance or a vehicle worth financing? 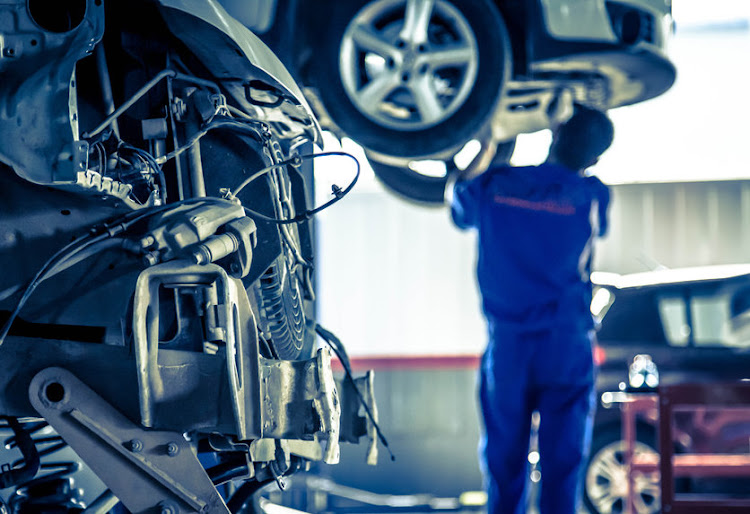 How far are African governments prepared to go to gain a share in a continental motor industry? It’s a question that came into sharp focus at an automotive forum in Durban last week. For while there’s no doubt that many countries want a stake in a pan-African industry, not all may have the political will or economic capacity to do so.

Here’s a simple example. To take its place in the global motor industry, Africa will have to accept a single set of international manufacturing standards. At present, say insiders, there are over 250 different standards across Africa. Many countries have devised their own without reference to what is happening elsewhere.

Alec Erwin, former SA trade and industry minister and now an adviser on automotive policy to other African governments, says the motor industry is arguably the world’s most complex industry. “It is inherently an international trading system.”

In every country with an industry, vehicles and components move in and out all the time. SA, for example, imports about 60% of components, and exports over 60% of vehicles.

They must all conform to a global set of standards. Elsewhere in Africa that’s definitely not the case, says Deon Strydom, head of homologation at Nissan SA. Homologation is the process by which companies prove their goods meet regulatory standards. In SA, this is policed by the SA Bureau of Standards.

In the case of the automotive sector, it’s not just the vehicle that must comply but also every one of its parts – and there are up to 30,000. “Even the test methods and judgment criteria for each part have to be approved,” says Strydom.

SA, Morocco and Egypt are compliant, he says. Ghana, which has already persuaded several multinational companies to invest in it, has committed to follow suit. It has ambitions of displacing Nigeria as the hub of a West African motor industry. Elsewhere, compliance is patchy and, in many cases, nonexistent.

Any country wanting to be part of the African motor industry has to be compliant, says Erwin. It’s non-negotiable. “Some countries say they will create their own standards. You do that, and you are out of the game.”

Plans for a pan-African motor industry are still in the early stages. The plan is to create four interdependent regional industries in north, west, east and southern Africa. Egypt, Ghana, Kenya and SA, respectively, are the likely hubs, with neighbouring countries in support.

Planners hope that this year’s ratification of the African Continental Free Trade Area agreement will give governments the kick up the pants required to create a co-operative trading bloc. They say automotive investment will create the base for widespread further industrialisation.

Homologation is not the only issue requiring attention, says Erwin. Universal rules of origin – verifiable criteria to determine which country a product and its parts come from – must be agreed. This, in turn, will require efficient customs administration in every participating country.

How efficient? If a company makes components both for vehicle assembly lines and for the spare-parts market, the two must be assessed differently. Many countries lack the expertise for such complicated procedures. Or, if they have the expertise, they don’t use it. When Nigeria introduced a new motor industry policy, customs officials failed to implement duty assessments and the whole policy disintegrated – after several companies had already invested.

It’s not the first time this has happened, which is why Ghana is now the industry’s favoured West African base of operations. However, Nigeria isn’t giving up without a fight. Trade and industry minister Otunba Adeniyi Adebayo says an imminent new policy will persuade companies to choose his country instead. The companies say it will take more than words to change their minds. According to a CEO, “Nigeria is big on promises, not so big on fulfilling them”. One of those it’s failed to fulfil is to slow the flood of used vehicles that dominates most African markets. In fact, Nigeria went so far as to encourage imports – making local vehicle manufacture uneconomic.

Of 5-million vehicles sold in Africa in 2020, about 80% were used. Many of these were old vehicles from developed countries, dumped on the continent. Politicians argue these vehicles are the only ones their citizens can afford, particularly in countries where banking systems don’t offer credit finance; nearly all deals are cash.

While it’s true that credit is mostly unavailable, banks say this is because the vehicles changing hands have no recorded history. No responsible financial institution will finance them. As Erwin says: “For asset-based finance, you must be able to identify the vehicle properly. No-one will finance a used vehicle from Russia. No-one knows its age, history or condition.”

This raises a chicken-and-egg question. Which come first – funds, or vehicles that banks are willing to finance? Some countries have started to limit the age of imported used cars. Longer term, it is hoped that Africa-made vehicles will make their way naturally into the second-hand market.

The African Association of Automotive Manufacturers (AAAM), which is leading the campaign for a continental industry, believes the new-vehicle market could grow by more than 400% by 2035 – from fewer than 1-million in 2019 to at least 5-million. That will create a steady supply of used stock.

Whatever happens, says Erwin, Africa – particularly Sub-Saharan Africa – must stop allowing itself to be used as a refuse tip for vehicles not wanted in the rest of the world.

If it doesn’t end the practice, and fails to develop its own industry, it will lose out on an opportunity that may not come again, says AAAM president Mike Whitfield. Africa accounts for 17% of the world’s population but only 1.2% of its new-vehicle sales. These will rise exponentially as the continent’s middle class swells. If Africa doesn’t meet its own demand, assembly plants in Asia, Europe and North America surely will.

SA trade, industry & competition minister Ebrahim Patel thinks there is scope for up to 25 vehicle assembly plants in Africa eventually – more than twice the current number, most of which are in SA.

Whitfield says: “It’s time to focus on Africa, for Africa.”

War in Ethiopia, the collapse of the sector in Algeria and Nigeria’s continued failure to meet policy commitments are among the hindrances
Opinion
6 months ago

Africa described as the final frontier of the motor industry

Ethiopia’s latest descent into civil war raises further questions about its readiness to play a leading role in the development of a pan-African ...
Opinion
2 weeks ago
Next Article

Government gears up for new variant as cases ...