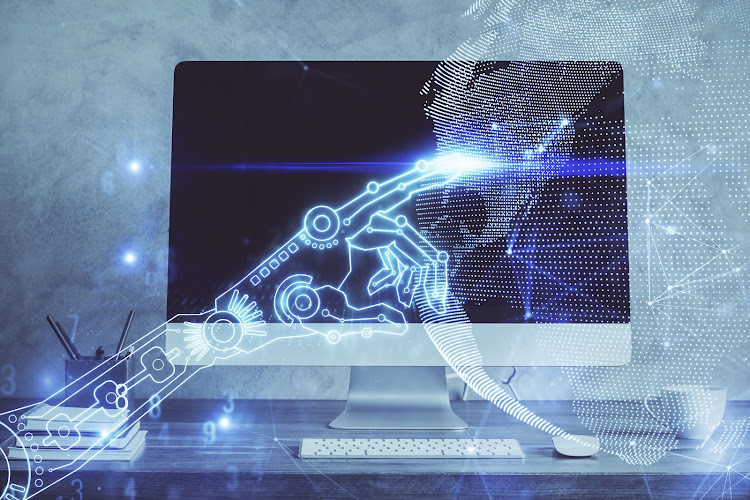 Since the birth of SA’s democracy in 1994, elections have been the most direct way for citizens to express their political preferences and steer the country’s future. Yet the spread of misinformation and disinformation online is threatening the knowledge ecosystem and attempting to interfere with people’s ability to cast an informed vote.

The internet has made it easier for bad actors to manufacture facts and for people to share and spread them. There are technology models rooted in the public good that can help to overcome this problem. One such model is offered by Wikipedia, the world’s largest free encyclopedia, which has been a resource for many South Africans as they seek to learn more about the local government elections, politicians and political parties, and decide who gets their vote.

Wikipedia defines disinformation as “false information that is spread deliberately to deceive”. Around the world, elections are a catalyst for widespread public disinformation campaigns. One of the most notable recent examples was the 2016 US election, in which the Russian government used a network of fake social media accounts to sway voters in favour of Donald Trump.

Local organisations such as the SA National Editors’ Forum (Sanef) and Media Monitoring Africa (MMA) have tried in recent years to tackle the spread of false information. Before the 2019 national elections, Sanef announced a partnership  with the MMA and Independent Electoral Commission (IEC) recognising the “public harm” disinformation plays.

A website developed by the MMA explains: “Facts mingled with half-truths and untruths erodes trust and harms our democracy by obstructing the ability of citizens to make informed decisions. It can create or deepen tensions in society with fabricated stories posing as serious journalism with the consequence of potentially influencing public opinion.”

Our constitutional democracy is still young compared with more established democracies worldwide; as such, systemic challenges — including unequal access to education — make SA an easy target for those who seek to mislead and influence the less informed. This harm has been most prevalent in communities where access to information is not yet available, or limited, such as in rural areas. Disinformation peddlers find success by sharing bad information and discrediting  those they disagree with so that their propagandist narrative is achieved.

The battle against disinformation cannot be won by individuals and electoral institutions alone. It requires a joint effort involving not only the IEC but also other key players in the knowledge-creation and sharing community. A number of notable efforts have been undertaken ahead of next week’s municipal elections. For example, the IEC has made available an innovative online platform for citizens to report instances of alleged digital disinformation.

But more can be done by making accurate information about the elections more easily available. Wikipedia exemplifies a model of collaboration that brings together thousands of editors to add well-sourced, verified information about any topic in one place. Anyone can edit Wikipedia, but information must adhere to the standards of neutrality and verifiability established by the site.

Since Wikipedia was created 20 years ago, it has become a trusted source of information for millions, with 18-billion visits to the site monthly. In September alone, it was visited by 83-million South Africans. During the Covid-19 pandemic, volunteer contributors worldwide worked to provide accurate, up-to-date information about the virus as it was reported in real-time.

Through this diligent work, Wikipedia volunteers helped counteract myths and false information about Covid-19 and, most recently, vaccines, to combat the pandemic. The encyclopedia’s coverage of the pandemic led to a collaboration with the World Health Organization in October 2020.

Anticipating increased disinformation during the current election cycle, Wikipedians based in SA hosted an “editathon” in July 2021 to get communities to come together and build a body of knowledge around the upcoming elections. The local community created a well-rounded article summarising key issues considered important for every voter to be aware of  regarding the municipal elections. This included: who the main political parties contesting are; how the election system works; and some of the key debates that will determine voter choices in the upcoming polls.

Trusted sources of information like Wikipedia can help people become more vigilant in identifying disinformation. Wikipedia’s model of collaboration signals a way for everyone to be solution builders in the battle against disinformation as responsible consumers or creators of knowledge. In addition to volunteer editors, Wikipedia articles require credible sources, such as research, academic papers and news articles.

For example, the efforts of broadcast and print media in SA to provide people with reliable information about the elections and other major news events helps Wikipedia volunteers build articles from a variety of credible sources. Others, from civil society organisations to academic and government institutions, also have a role to play in making more information about elections freely available.

With the November 1 elections now just days away, there is a continued need for trustworthy, accessible knowledge to help people make informed choices. This requires partnerships and collaborations. Together, we can strive for a future in which all people  are committed to creating and sharing information that is accurate, in which we question and fact-check anecdotes and stories we might hear from a friend or on social media.

Voting is the defining act of a democracy, but it can only be meaningful if people make decisions based on accurate information. It is our responsibility as citizens to be knowledge seekers. Let us join hands as partners, and as South Africans, to create a world free from disinformation.

The woke movement could be the next great US cultural export, and it is going to do many other countries some good
Life
2 months ago

The alt-right is prolific on the darker platforms of social media. It’s at a remove from the mainstream, but the hate it spews can translate into ...
Features
3 months ago

BIG READ: The cruelty, violence, absurdity and hope of 1986